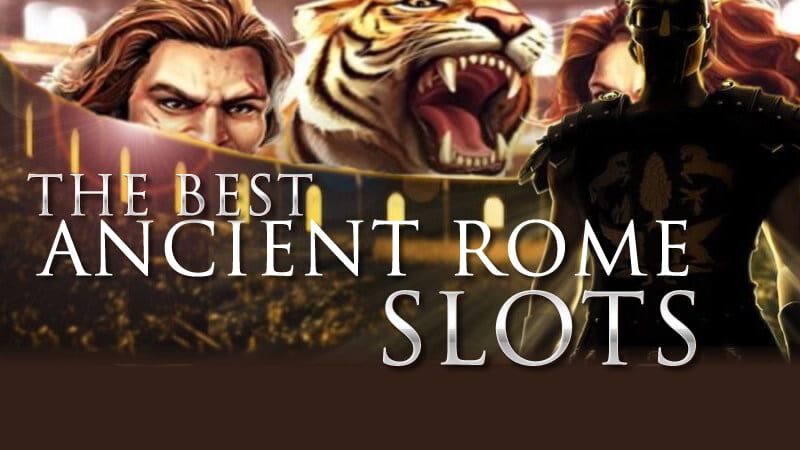 The themes of ancient Rome and gladiatorial combat are exciting ones for slot developers to base their games around. Although Ancient Greece and Ancient Egypt have inspired more slot releases over the last few years, there’s something about spinning reels in a Colosseum that gets the juices of slot fans flowing. Here are our picks for the top 5 Roman-themed slots of all time.

Inspired by the Oscar-winning movie of 2000, Gladiator first came out in 2009. More than a decade later, It is still one of the best Roman-themed slots around today, especially since Playtech recently added a progressive jackpot into the mix. The base game is a simple 5-reel, 3-row grid, with premium symbols made up of characters from the film. These include the deranged Emperor Commodus, his sister Lucilla, the slave trader Proximo (played by Oliver Reed in his final role), and the senator Gracchus. The mask worn by Maximus acts as the wild, and the Colosseum is the scatter – get 3-5 of these to trigger the bonus game. In this feature, you must first remove 3 stones from the ancient stadium to define how many free spins you will start off with, your multiplier, as well as extra scatter and wild symbols. Gladiator’s jackpot prize could make you as rich as Emperor Commodus himself since it lands every few months, and last paid out £3million in April 2020. To trigger one of these mega wins, you need to spin 9 gold helmets in the middle 3 reels. Let’s hope if you do win the big one, you don’t let your new-found wealth and power go to your head as Joaquin Phoenix’s character did. 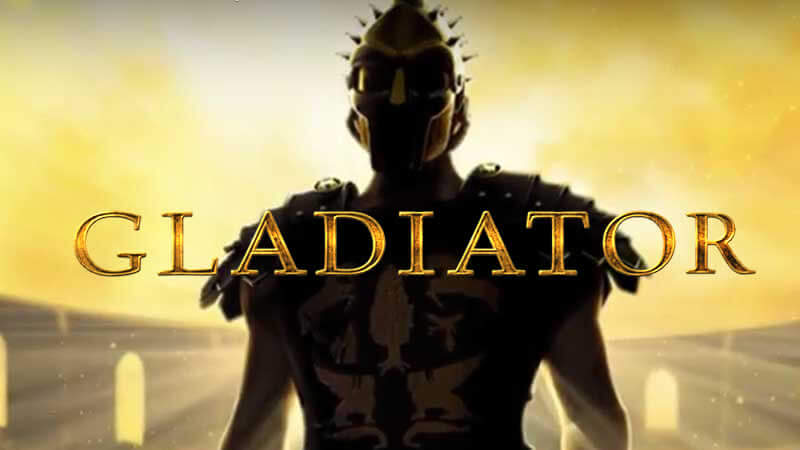 One of the most fascinating historical romances of the ancient world was that enjoyed between Egypt’s Cleopatra and the Roman Emperor Julius Caesar. And once Caesar got stabbed to death by Brutus, the Egyptian queen got it on with Caesar’s old friend Mark Anthony. It’s a complicated old story, and one that is best explored in WMS’s Rome and Egypt slot game, which combines the best aspects of these two cultures. Symbols include Cleopatra, Caesar, priest’s hat, crown of laurels, Coliseum, Sphinx, and Pyramid. The key to this game, however, is the Stacked Wild, which shows both Cleopatra and Caesar. These not only boost payouts in the base game, but also act as scatters, triggering a bonus feature for 3 or more of a kind. Players receive between 5 and 50 free spins with 2X multipliers, making Rome and Egypt slot a rewarding game as well as a historical one. 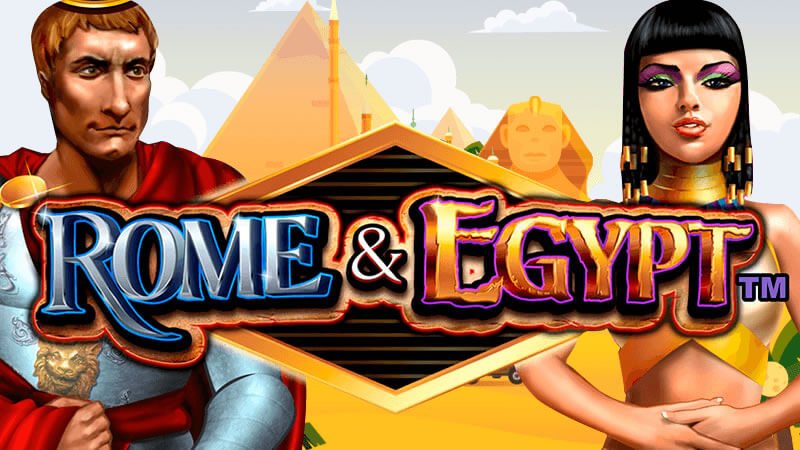 Play n’ Go is known for producing slots with exciting and intriguing gameplay, so their take on Ancient Rome was highly anticipated by slots fans and history buffs alike. Game of Gladiators slot doesn’t disappoint. At first glance, this looks like a simple 5-reel slot, although it’s clearly a beautifully designed one. The reels take place in what looks like the changing rooms of the Coliseum, and symbols are made up of the various combatants, as well as a ferocious tiger (he is the wild). The base game comes with 5 interesting features, including randomly added fully stacked tiger wilds. The real beauty of Game of Gladiators comes in the bonus feature, and to trigger it, you must land 3 portcullis scatter symbols. Then you pick a champion (Spartacus or Amazonia) who will battle it out for a big win – up to 5000x your stake if you are lucky.

Despite its title, the Attila the Hun slot is just as much about the Roman Empire as it about the Hunnish expansion into Europe. The two sides met in the ferocious battle of the Catalaunian plains back in 451 AD. On that occasion, the Roman general Aetius came out on top over Attila the King of the Huns, but it was a tight affair. You can relive the famous battle in this Relax Gaming slot, which has the scope and feel of a big-budget MMORPG title. Walking wild respins make the base game an entertaining one, while there are two free spins rounds. The Big Battle free spins feature is the most exciting of these, as the two generals meet face to face across stacked wilds until there is a winner. As a medium volatility slot with only a 300x max payout, Attila the Hun slot might not be a big draw for big win hunters, but slot history buffs are going to love it.

This Playtech slot takes us into the world of the Roman centurions, whose massed phalanxes of shields helped the empire expand across much of the known world. The backdrop seems to be of a military camp before a battle, with martial music playing in the background of this 5-reel, 40-payline slot. The premium symbols are made up of the centurion’s most indispensable items. These include armoured tunics, goblets of wine, helmets, daggers, and maps, while the trebuchet siege engines make up the scatter, and the golden eagle flag is the wild. Three scatters trigger the bonus feature, and we appreciated the fact that we can then choose how we want to play this one. There are four options available – 15 free spins with 5 random wilds, 10 free spins with 7 random wilds. 5 free spins with 10 random wilds, or a mystery shield with up to 15 free spins and 10 random wilds on each free spin. We also love that Shields of Rome looks so great and that it’s low variance means that small, entertaining wins are never far away. 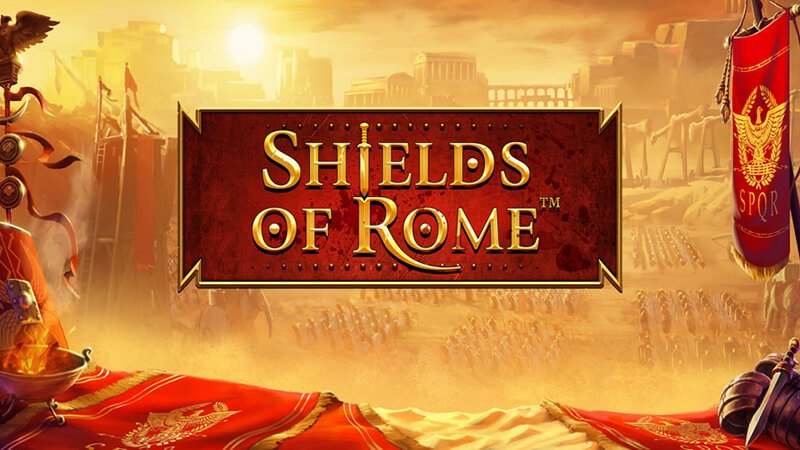 In my humble opinion, the Roman Empire was the greatest civilization of ancient times. The culture, history, and gladiatorial combat of Rome certainly provide excellent themes for slot developers. In the 5 slots above, these developers have weaved the Ancient Roman theme into some of the best slot games of all time.