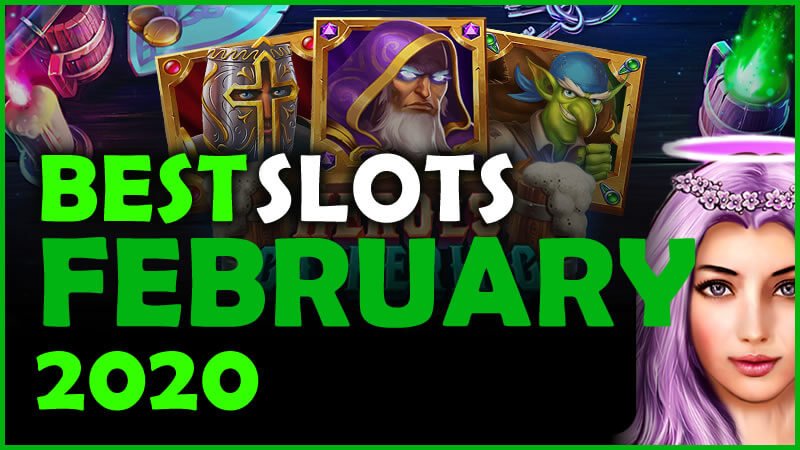 January was a strong start to 2020 for new online slots. Did the shortest month of the year continue the trend of innovation and high volatility? Let’s take a look at the top 10 slots from February 2020, as rated by our expert reviewers.

Red Tiger draws on the popular Ancient Egypt theme for Vault of Anubis slot. This one is stunning to look at, as we head deep into a blue underground temple dedicated to the jackal-headed god of mummification. The gameplay takes place on a 7×6 grid, with symbols made up of scarabs, eyes of Horus and of course Anubis himself, who pays out the most. Cluster pays are where the biggest wins come in the base game, with up to 200x up for grabs. These clusters can help to trigger the bonus game too, which comprises 10 free spins with unlimited multipliers. Lastly, the optional Gamble Wheel feature allows you the chance to risk your money after each win, potentially leading to a 5469x your stake.

Relax Gaming has released the Attila the Hun a slot for all the ancient history buffs out there, and this one looks more like a high-end RTS video game than the fruit machine slots of yesteryear. It pits the Roman general Aetius against the infamous Hunnic chief Attila. When these two met in 451 AD, Aetius proved victorious, but who will get an epic win here? Well, the two armies fight it out across 6 features, based around respins and free spins. The most frequently triggered in the base game are the Walking Wild Respins, but for the best value, you will have to wait for the Big Battle free spins. While the max payout of 400x isn’t going to be much interest to the casino veterans, fans of historical slot play are going to lap this one up.

Punk Rocker slot from No Limit City is surely the most fun release of the year so far, especially for those old enough to remember the mid-seventies era of The Sex Pistols and The Clash. This 5-reel, 3-row slot is set against a backdrop of urban decay, but there is nothing rotten about the 46,656 ways you can win. Symbols include punked-up versions of Einstein, Mona Lisa, and Churchill – with the latter winning 6 times your stake should you spin 5 of a kind. There are a ton of punk-rock inspired features here, including Anarchy and Civil War free spins. Both are pretty similar, with Civil War having 4 free spins instead of 3. Punk Rocker slot is highly volatile, and the long stretches of dead spins could well leave you feeling pretty vacant. Trigger those free spins, however, and you will be in with a chance of winning 15,000 times your stake.

It’s time for another BTG Megaways release, and this Royal Mint slot combines 117,649 ways to win with a Triple Reaction mechanic which adds plenty of thrills. The theme of the game is based around London’s Royal Mint, where Britain’s coinage is created. The 3 rows and 6 reels are set against the door of a golden, smelting furnace, while there are two extra rows of 4 reels above and below. Royal Mint slot is a high volatility ride, where you have to wait for the bonus round for any big wins. In fact, the biggest wins of all come from triggering the Heartstopper Enhanced Free Spins. How do you trigger it? Well, every time you land 3 scatters, you add one gold bar to your kitty, and once you have 40 of them, these enhanced free spins begin. At this point, the Triple Reaction mechanic comes into full view, awarding you 2x multipliers for each reaction. What’s the max payout from all this complicated gameplay, I hear you ask? A cool 40,000x.

The world was sorely missing a dog racing slot, so it’s a relief that Play n’ Go have brought out Wildhound Derby. This one does a good job of evoking the atmosphere of a cold evening at Catford Stadium, even allowing punters to choose a particular hound in the free spins round (we chose Beagle’s Teabag). In this feature, the four dogs chase hares around the reels. If your dog fails to win, any winnings are paid out. If your dog does win, he then goes on to compete in the Winner’s Wheel, where multipliers of 2x, 3x, 4x, 5x and 15x are up for grabs. All in all, you can win up to 15,000x your stake, which should be enough to satisfy slot experts as well as those who miss the glory days of greyhound racing.

Big Time Gaming is seemingly obsessed with basing slots around obscure musical acts, and in Lil Devil slot, it is the turn of British band The Cult. They were biggish in the 80s, but this choice seems even more bizarre than their earlier choices – especially since She Sells Sanctuary doesn’t feature. But the gameplay more than makes up for this pretty odd selection. The Heartstopper feature is triggered once you collect 40 hearts (similar to Royal Mint) and comes with enhanced free spins. These give the option between the top paying symbol (the purple heart) becoming a sticky wild or increased multipliers on the Dynamite Wild. Whichever one you choose affects the RTP of the slot and allows for pretty big wins even in the base game.

Age of the Gods Epic Troy

Epic Troy slot is the latest in Playtech’s Age of the Gods series, and as you might expect, is based around the events leading up to the Trojan wars. Symbols include characters from the Greek Alphabet, as well as the three main characters from perhaps the most famous of Greek Myths: Paris, Achilles, and Helen. Each of these symbols is beautifully drawn, and the gameplay is compelling too. The Helen respins feature gives you the chance to win 607 times your stake, and as with every slot in the series, there are some jackpots attached. The Ultimate Power Jackpot has the potential to make you as rich as Midas, with £100,000 up for grabs.

Coywolf Cash is a native American-themed slot from Play n’ Go. This is, of course, a popular subject for slot developers to hang their hats on, but Coywolf Cash looks better than most of them, with symbols like foxes, eagles, bears and of course the Coywolf (a cross between a coyote and a wolf), which acts as the wild. The gameplay is decent enough, although most of the big wins are geared towards the bonus round. 3-5 Totem scatter Symbols are needed to trigger it, which comes with 8, 11 or 15 Prey Free Spins. Although the max payout of 4000x your stake is a little on the low side for a Play n’ Go game, Coywolf Cash still has plenty of bite for recreational slot fans.

Blueprint has come up with what they hope will be a potential workaround to the recent UKGC ban on feature buy-ins. The studio has slightly tweaked its popular Buffalo Rising Megaways title by completely discarding the base game altogether. It’s certainly a bold approach, and as soon as you fire up the slot, you are faced with a stake selection panel, with the choices ranging from £10 to £100 per spin. Other than that, this is the exact same game as the original, where you have 5 – 15x unlimited win multipliers, and a max payout of 10,000x your stake. Will the UKGC give this slot a pass? Who knows, but I rather suspect that if you want to try it out, you should do sooner rather than later.

Fresh from the success of their retro Snake Arena title, Relax Gaming released a slot version of the classic fantasy game Heroes Gathering. Fans of the original will enjoy the 5×3 reel set around the track of the board game, which comes to life in the bonus round. The symbols are made up of bronze and silver coins, while the highest paying symbols include goblins, wizards and knights. The two feature rounds are pretty complex, but enjoyable all the same – particularly the Board Game Main bonus. This one comes with unlimited free spins and up to 100x multipliers as you move around the track. 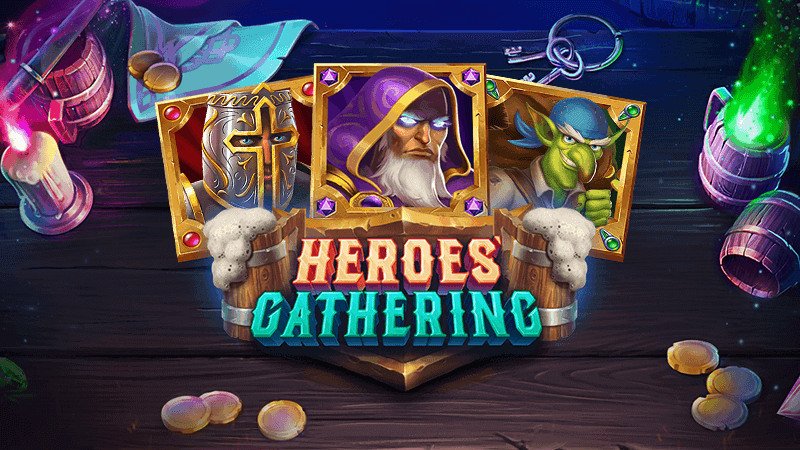 It’s fair to say that February was another strong month for slots, with a continuation of the same trends we saw in 2019. The boldest move is clearly Blueprint’s attempt to sidestep the ban on featured buy ins, and we wonder how long this will be available to UK casino fans. Clearly, the spirit of innovation hasn’t been lost by slot developers, and it looks like we are in for an exciting ride for the rest of 2020.