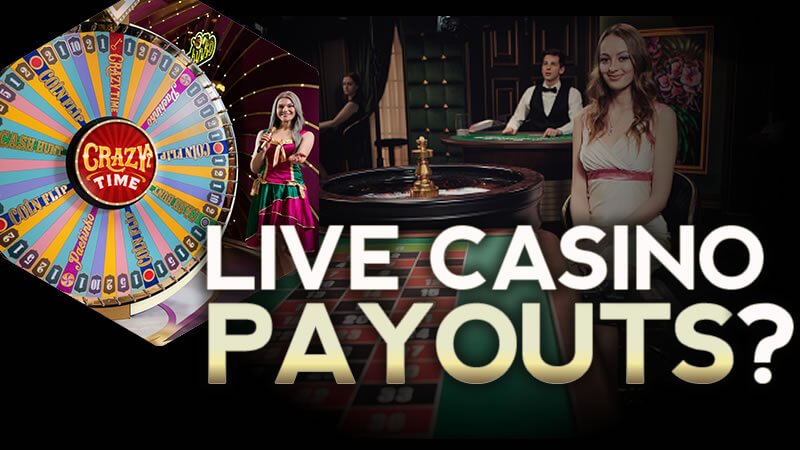 Live casino games have undeniably been the hit of the last decade. Casino fans just love the human interaction that slots can’t provide, and the shift from slot to live casino shows no sign of slowing down. The leading live casino provider – Evolution Gaming – is even in the process of swallowing up NetEnt, with an eye on converting their slots to the live dealer environment. But which live casino games have the best payouts? What is the Return-to-player (RTP) ratio like for the most popular games? Are all these fancy games from Evolution really offering good value for the player? Let’s have a look.

Roulette is one of the most popular casino games, and it is surely the simplest for a newcomer to grasp. A ball spins around a rotating table made up of numbers between 1 and 38 and if it lands on the number/colour/segment you previously selected, you win. The European version of the game comes with a zero number which you cannot bet on. The addition of this green zero allows the house to build its own edge into the game, which comes to a miserly 2.7%, returning 97.3% (on average, over hundred of spins) to the player. The simplicity of roulette means most live versions of the game do not deviate from this RTP, making European roulette one of the most fun, popular and profitable live casino games around.

American casinos prefer to build a bigger margin into the game of roulette, by adding a second zero to the wheel. This doubles their house edge and reduces the average payout to players to just 94.74%. For obvious reasons, this version of roulette isn’t so popular among live casino providers. And yet, most of them offer it. The best thing you can say about them is that some are streamed live from land-based casinos, such as those in Atlantic City or Las Vegas. But why anyone would knowingly play at such a disadvantage is a mystery to us.

Evolution Gaming has made many innovations to their live roulette offerings, such as close-up cameras and faster play. But none of these modifications had played around with the payouts of the actual game. That is, until the release of Live Lightning Roulette in 2018. In this visually stunning game, multipliers are spun on a board after every spin, with the tantalizing possibility of a big win just around the corner. How are these multipliers funded? Well, that’s the thing – the winning balls are paid out at just 29-1, instead of the 35-1 in standard European roulette. That brings the RTP from the roulette wheel itself down to just 81.08%. Now it’s true that the multipliers do bump that back up a bit – but we seriously struggled to get the maximum 500x multipliers, so it looks like you will have to play a hell of a lot of spins of the wheel to get that RTP back above 90%. 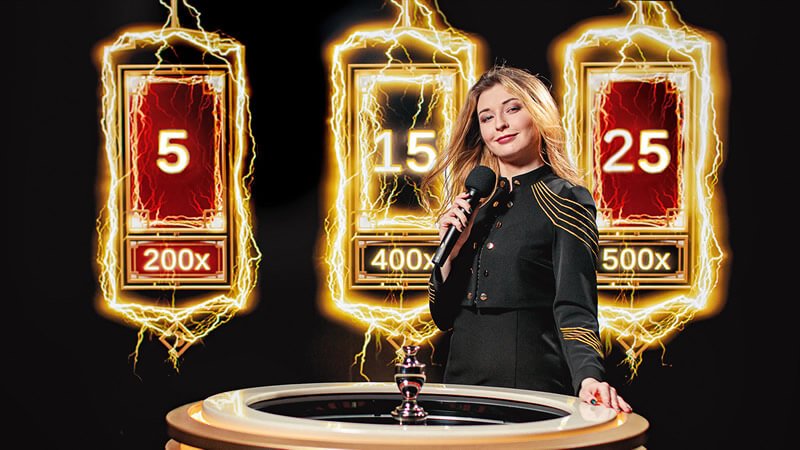 Live casino providers have done a good job of converting classic poker games which are designed to be played between participants to contests between a single player and the dealer. For example, Evolution Gaming’s very own version of the popular Texas Hold ‘Em can be played even when you don’t have any of your poker buddies around. Payouts are on a par with how much you tend to have leftover after a traditional rake, but Live Casino Hold ‘Em also has a progressive jackpot with a substantially lower RTP, of just 81.64%.

In the real world, blackjack is the casino game that offers the lowest house edge for the skillful player to compete against, and we are pleased to see that it’s the same in the live casino market. Although there are speed and bet behind varieties available, the basic game works the same. Assuming you play with the classic basic strategy behind you, the house edge at every provider is under 1%, leading to 99%+ payouts, although some of the side bets do pay lower (but even there, a perfect pair pays out at 95.9%). With such a high theoretical Return to Player, how come I always feel like Clark Griswold in National Lampoon’s Vegas Vacation when I play against these guys? 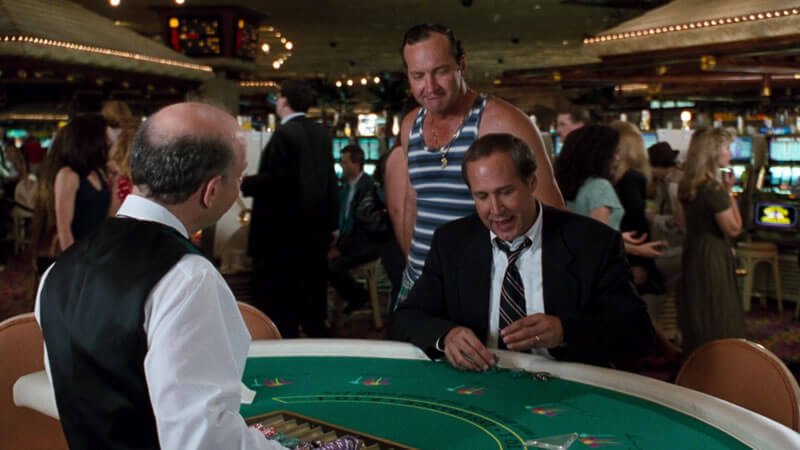 This baccarat-style card game is as simple as it gets. Two cards are dealt (one to the dragon, and one to the tiger) and you choose which one has the higher value. Winning hands pay out 1:1. The RTP on this standard game is high (96.72%) but Dragon Tiger comes with side bets which you should try to avoid, as they come with substantially lower ratios, although actual winnings payouts themselves are higher. Interestingly, the Football Studio card game which was released in time for Euro 2016 is essentially a rebranding of Dragon Tiger, with a similar RTP.

Evolution’s very own version of the Wheel of Fortune is fun, easy to play, and comes with 52 numbered sections and 2 sections awarding multipliers. You just select which numbers you choose and the stake level and wait for the wheel to be spun. Overall, this live game comes with a surprisingly decent RTP of 96.58%. You won’t find James Bond playing this in the casino of Monte Carlo, but Dream Catcher is presumably extremely popular since it has spawned a couple of editions which we will look at below.

This edition of Dream Catcher is the same as the original but with the addition of extra sections. When the wheel lands on these sections, the action switches to a 3D RNG game, based around the Monopoly board game. It’s a lot of fun to watch but the addition of those sections comes at the cost of reduced RTP. If you play the optimal staking strategy, you can get that as high as 96.23%, which is similar to most slots. In fact, Monopoly Live is best approached like a slot, where you must first invest a fair bit in the base game and wait for your chance to recoup your money by triggering the bonus.

The second major edition of Dream Catcher is the wonderful Crazy Time, which sees the wheel trigger 5 bonus games. These include versions of the Japanese arcade game pachinko, a cash hunt, a coin flip round, and the Crazy Time feature which offers wins of up to 20,000x. Not too shabby. Crazy Time is taking the casino world by storm, and the overall RTP is actually quite decent, although highly volatile. These ratios vary depending on the bonus you end up playing, but the coin flip has the best of them, with 95.70%.

Looking at the payout rates on some of these games, we see that if you stick to the main games and give the side bets a miss, they more than hold their own against the best-paying slots. When you add in the player-croupier interaction and the fact that your choices can have a greater impact on the outcomes of the game themselves (or at least, we feel they do), then perhaps it’s no surprise that live casino games are growing in popularity. Once Evolution ties up their merger with NeEnt, we hope to see some of their best slots (like Gonzo’s Quest) converted into live dealer form. Playtech did this towards the end of last year with Buffalo Blitz, so we are excited to see what a NetEnt/Evolution team can come up with.

Which live casino game do you like the best?