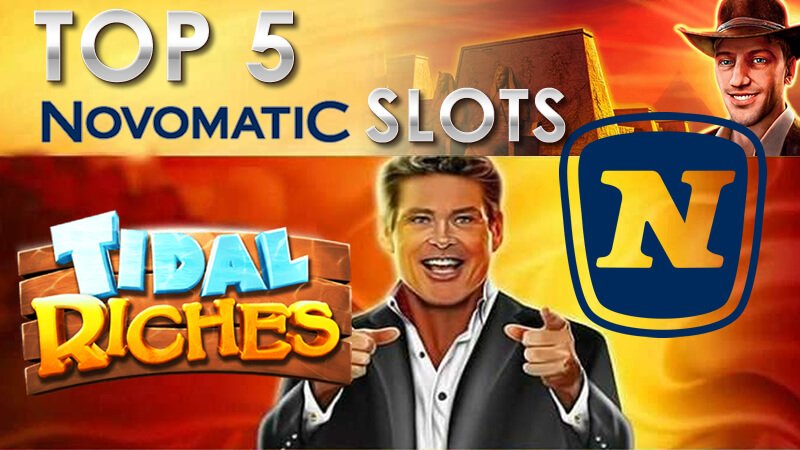 Novomatic specialises in high-volatility, high-concept slot games that have delighted casino fans for 40 years. This Austrian gaming giant has several brands under its name, including the ever-popular Greentube, so chances are that some of your favourite slots are powered by Novomatic. Here are our 5 of the best Novomatic slots of all time.

Tidal Riches is surely one of Novomatic’s most beautifully designed slots. It has a nautical theme, set against a backdrop of the ocean, with symbols including fish, turtles, dolphins, and octopuses. The uplifting soundtrack completes the watery feel, but the exciting gameplay ensures there are thrills aplenty in Tidal Riches. The Hi Roller bonus feature is very clever, with two different options (Silver and Gold) depending on how lucky you feel. Tidal Riches also shows Novomatic’s take on the cascading reels theme which has become so popular since Gonzo’s Quest. All in all, this a great little slot, with a beautiful design, minimal gimmicks, and decent payouts.

From Dusk Till Dawn

This slot is based around the 1996 film of the same name – and what a crazy film that was! Clooney playing a bad guy, Tarantino showing he could act as well as direct, and a crime movie which turns into a vampire movie half-way through. From Dusk till Dawn has gained a cult following over the years, and Novomatic has wisely integrated as many characters, scenes and themes from the film into this 5-reel, 3-row, 25-payline slot. The characters played by Tarantino, Clooney, Keitel and Juliette Lewis all feature, with Santanico Pandemonium acting as the Dancing Wild. The bonuses include On the Run, Everybody be Cool and Twister, which has the best potential for payouts, as you spin a wheel to win cash prizes. If you enjoyed the film, you will simply love this Novomatic slot version. 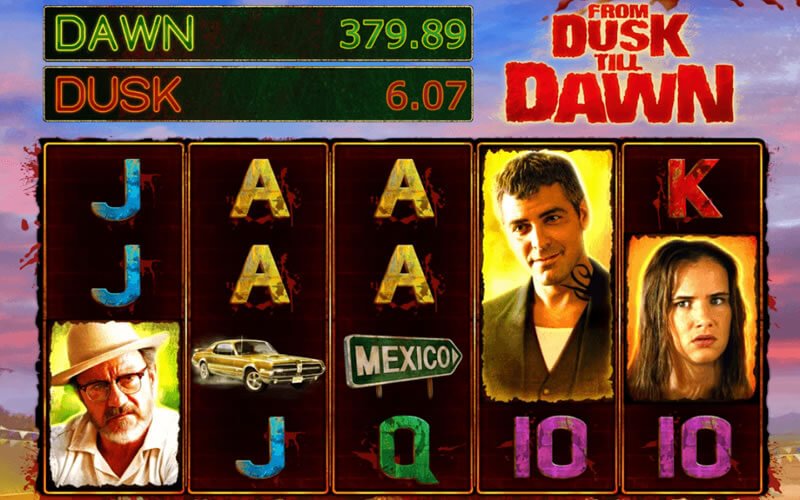 Book of Ra proved so popular in the brick-and-mortar casinos that the public demanded an online version. Novomatic answered the call in 2008, faithfully recreating this slot for the internet age. With a soundtrack straight from the gaming hall and just 9 paylines, Book of Ra is a simple but delightfully effective slot game. The graphics are clear, there aren’t a ton of distractions and the symbols are simple, attractive and – most importantly – big. You can play it for just 2p per spin, and Book of Ra is a refreshing change from the overwhelming Megaways games which seem so popular these days. Book of Ra has, of course, spawned plenty of later sequels which increase the number of potential paylines, but for our money, the original is still the best. 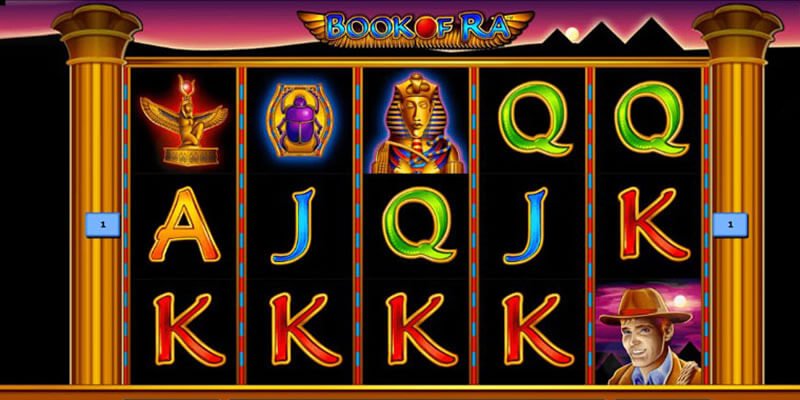 Like Book of Ra, Clockwork Oranges started off life in the casinos and gaming arcades of the real world, before Novomatic released an online version. Clockwork Oranges is also a rather simple game, with 5 reels, 3 rows, and 20 paylines. While there are no free spins, there is a rather interesting feature in store if you trigger three Scatters on the first, third and fifth reel. A bonus game based around a big clock and a spinning big hand let you win between 4x – 500x the total amount you bet. The graphics here might not be quite as eye-catching as in Book of Ra, but they share the same classic feel which pleases old-timers like me. 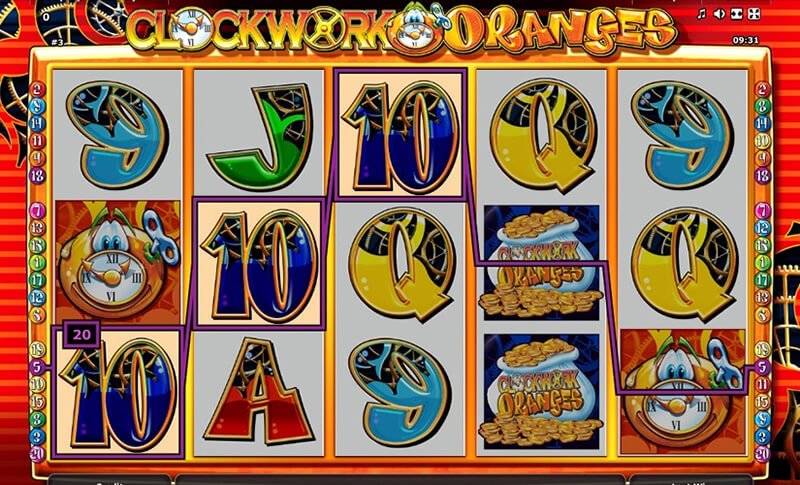 Baywatch star David Hasselhoff is mostly famous these days for ironic internet memes and drunkenly eating cheeseburgers in Las Vegas. But in the German-speaking countries, The Hoff is still a major star, even credited with bringing down the Berlin Wall. In 2019, Novomatic signed up Hasselhoff as their official brand ambassador, and Hoffmania is the first slot to be themed around the great man. This is a 5-reel, all-lines-pay slot, with symbols including The Hoff himself and various female fans clad in tight t-shirts with David’s face on them, while the wild is represented by the Hoffmania logo. The scatter symbol is a golden bust of The Hoff’s head, and three of these in a row will trigger the Free Spins. With an RTP of 94.16%, clearly there are better-paying slots out there – but you will find few quite as hilarious as Hoffmania. 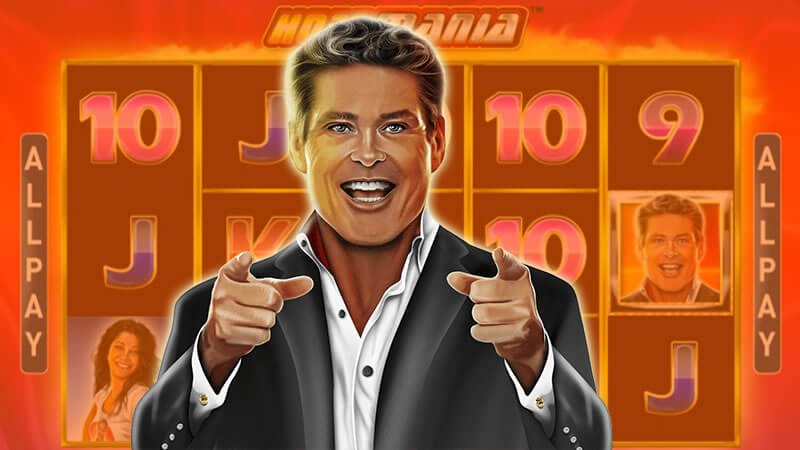 Novomatic is responsible for some of the most volatile, fun and downright wacky online slot games on the market today. Other contenders for the list of best Novomatic slots would include Kiss, Pharoah’s Tomb and Lucky Lady’s Charm. Which Novomatic slot title is your favourite?