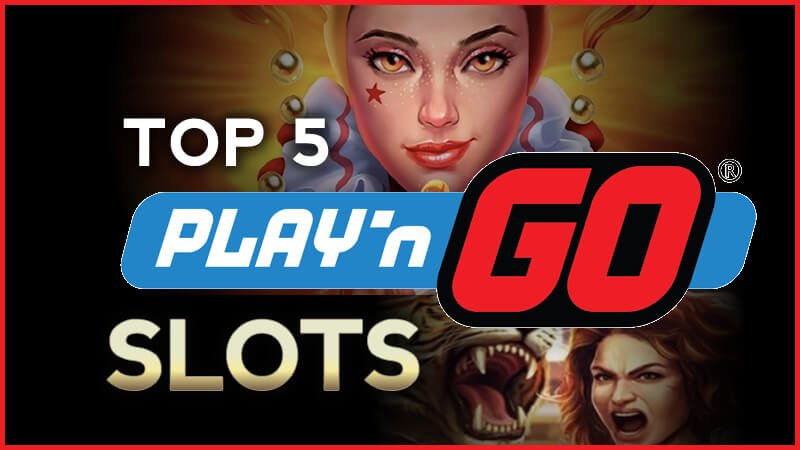 Swedish developer Play’n GO is well-known for making beautifully designed slot games, and the typically high variance on offer tends to reward big winners. Most Play’n GO slots also have rocking soundtracks which make playing the games that much more fun. Here are 5 of the best Play’n GO slot games which combine the very best aspects of this developer:

Railway-themed slots are always popular, and every trainspotter will love Play’n GO’s Wild Rails. For starters, it looks utterly gorgeous, from the intro story to the background to the symbols themselves. And the way the reels spin horizontally instead of vertically is very pleasing to the eye. But Wild Rails isn’t just pretty to look at. This slot has the potential for very high payouts, with 900x your stake in the base game and 5000x in the free spins round. As you would probably expect, Wild Rails is also extremely high variance, but there are few games where it’s so much fun just to watch those trains move back and forth.

Inferno Joker is a modern-day twist on a slots classic, upgrading the simple fruit machine set-up that my grandad used to play to a high-precision, high variance money-making machine. In terms of symbols, Play’n GO has gone for an old skool approach, with cherries, plums, gold bars and red 7’s. However, these well-loved symbols have been given a beautiful makeover and the slot looks (and feels) fantastic with a trendy electronic score in the background. Intriguingly, Inferno Joker does away with free spins, focusing instead on big wins in the base game. I much prefer this route to riches, and it was nice not having to endlessly click the spin button waiting for the free spins feature. Play’n GO has shown that the best slots are sometimes the simplest, and hopefully, a lot of developers will learn from Inferno Joker.

The Sword and the Grail

As the name suggests, the theme of this slot is all about the myth of the Holy Grail. And while it isn’t quite as entertaining as the Monty Python version, the chance of winning a 10,000x payout means excitement is never far away. The overall vibe of The Sword and Grail is medieval and mysterious, with symbols including Wizards, Knights, Princesses, Kings, and Queens. The wild symbol is represented by the Holy Grail itself. The free spins bonus comes in 4 stages, the last of which offers some big money 100x wild symbols and the chance to bag 10,000 times your stake. It’s rollicking good fun trying to get there and The Sword and Grail will appeal to slot fans on the quest for adventure.

Game of Gladiators takes you back to the days when the Coliseum was packed by baying crowds watching Roman blood sports where the winner was the last man standing. The game design really does a good job of representing the Gladiatorial theme, as you spin the reels in a dark tunnel with symbols including weapons and characters from the era. Although the RTP on this one is 96.42%, the best payouts are geared towards the bonus rounds, particularly the Enter the Arena battle feature. Here you must choose between Spartacus and Amazonia to fight as your champion, who will do their best to win you 5000x your stake.  Game of Gladiators is a slightly lower variance slot than many of the Play’n GO titles, but still offers the chance for big wins.

Thanks to Play’n GO, Swedish rock band Sabaton now has its own official slot game, and it includes all those hits which were massive in Scandinavia, but you have never heard of. Fans of hard rock will still enjoy the soundtrack though, and the 5-reel, 3-row game does look beautiful in an edgy way. The gameplay has the potential for big payouts, with four bonus features. The pick of these is the Batallion feature, which is triggered by landing 9 scatters. It is possible to win 5000x your stake on a single spin in the Batallion bonus round, making Sabaton the go-to game for fans of high volatility.

Play’n GO is certainly meeting the current market demand for high-paying slots. But this studio knows that slot fans also want jaw-dropping graphics and cool soundtracks while they spin the reels, and the 5 slots mentioned above deliver this in spades.