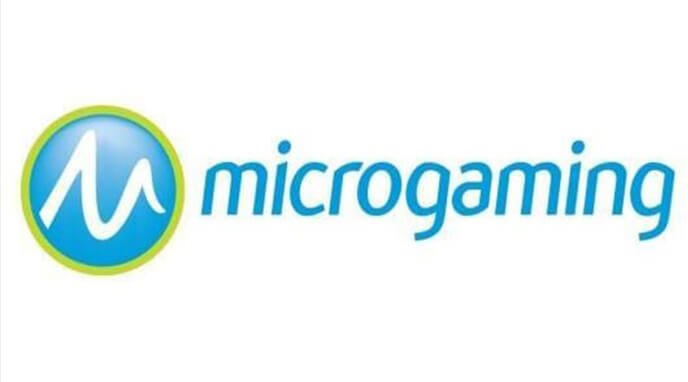 Established in 1994, Microgaming is one of the oldest and best established suppliers of casino games. They provided the first true online casino software to the Gaming Club who still use their software today. Since then, Microgaming have become a huge name in the industry and their products seem limitless; casino, multi-player, mobile, poker, land-based, sportsbook and live dealer games, as well as new technology that is revolutionising online gaming. From their headquarters in the Isle of Man, Microgaming have branched out to power more than 400 online casinos and are popular across Europe, Asia and Australia. However, since 2008 and in line with the US online gambling laws, Microgaming no longer allows players from America to access their games.

As well as having firm roots across the world, Microgaming also boasts the largest selection of games with over 850 games and 1200 variations of these! Some of these games vary only very slightly, for example, simply the addition of a side bet to an otherwise identical game. However, with such a selection, and new titles every month, there is sure to be a game that captures your imagination. Their games include classics, such as the Thunderstruck series, Loaded and Immortal and many licensed product games based on huge names, for example The Dark Knight, Lord of the Rings, Game of Thrones and Playboy.

Microgaming has a progressive jackpot network which allows machines from different casinos to be connected, creating greater jackpots and more frequent pay-offs. The progressive jackpot network of Microgaming is the largest in the world with over 40 games in the system, including The Dark Knight and Mega Moolah. The network frequently pays out huge sums of money with a total payout in 2014 of £30 million!

For further variation and excitement to gaming, Microgaming has a selection of over 35 multi player games allowing individuals to connect to real life dealers and other players in the network. Live dealers add real casino atmosphere to a number of online games including roulette, blackjack and baccarat and with muli-language support, these games are inviting for all. Multi-player games include Playboy, Tomb Raider, Immortal Romance and Thunderstruck and add interactivity to your gaming experience through built in chat software, shared bonuses and contest for leader positions. This can add a spark of competition and added fun to gaming.

These games can be played with great flexibility on all platforms including Windows, Mac, Android and iOS so that players can access their games wherever and whenever they want. It was in 2004 that Microgaming launched itself into the realm of mobile gaming and can again pride itself on having the biggest collection of mobile games. This collection contains a phenomenal 350 games with all Microgaming’s most popular ones playable on the go. They were also the first company to develop online slots for the Samsung Galaxy Gear watch.

As well as multiple different platforms, their software allows for modified technical output so that those who have high speed computers and broadband can enjoy optimal settings whilst those on slower devices still have access to the same great games. They are available to download and, with the introduction of Viper casino software, downloads are easy to use and allow for better graphics. Additionally, this software has an Expert Mode which allows players to see their gambling style and history as well as hints, tips and strategies for effective game play. However, for those who would rather keep things simple, there are a number of flash casino options allowing games to be played without downloading. The ease of gaming has been further increased by the introduction in 2010 of Quickfire software which allows access to all Quickfire games with a single installation. This creates a faster and more efficient gaming experience and support is available for this in 20 languages.

Their focus on technology has also resulted in Microgaming’s contribution to developing autoplay, built in disconnection insurance, player messaging and a swipe and tap touch screen interface. Finally, Microgaming is committed to providing a fully immersive gaming experience. In addition to incredible graphics on their regular games, Microgaming has branched out into virtual reality with a focus on roulette. Through virtual reality, players can be transported to their very own casino from the comfort of their own home. Using Oculus Rift technology, their movements are tracked and projected into their virtual world. With this, players can experience an almost life-like game of roulette. This won the company the Digital Gaming Innovation of the Year award at the Global Gaming Awards in 2016.

Microgaming were a founding member of top casino regulatory bodies such as eCOGRA (e-Commerce and Online Game Regulation and Assurance) and the ICG (Interactive Gaming Council), indicating that they are committed to providing a safe and fair online gaming experience.

In addition to providing excellent games, Microgaming is dedicated to supporting their local community. They have created an initiative called Play It Forward which focuses on the health, sporting opportunities and education of the local area and, through this, have raised money for many great causes.

Being a leading provider of online casino games, Microgaming has one of the largest portfolios of games that can be played anywhere, any time, and on any device. Many of their games can be trialed for free and, with a minimum stake at just £1, their games are worth a try!