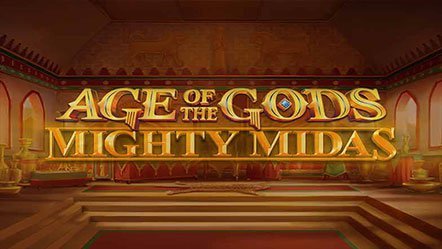 Age Of The Gods Mighty Midas slot is the latest in the Age Of Gods series, and you can read our other reviews like Age Of The Gods Meduse And Monsters slot here. This one is based on King Midas who you may recall wanted the ability to turn everything into gold, only to discover that it would bring nothing but misery and despair. It’s a good story and I like the way that Playtech have incorporated this into the game and I’ll explain later. In order to get started, all you need to do is spin the reels to try and get a winning combination from left to right using the follows base symbols: 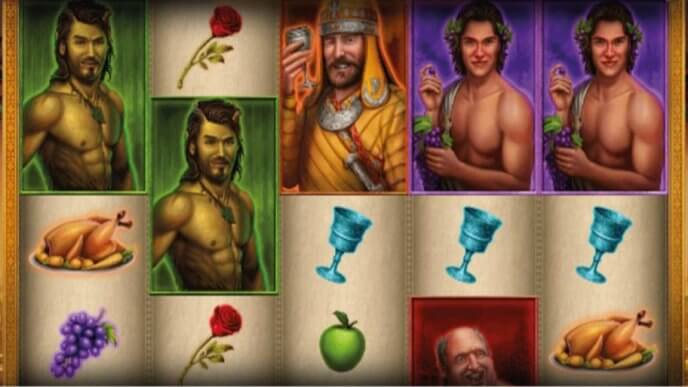 Age Of The Gods Mighty Midas Slot Bonuses and Features

Midas Touch Symbols. The symbols I mentioned above are the base symbols, in other words, they are used to give you cash rewards when they land in the right way. There are other symbols in the game though like the Midas Touch symbol shown as a golden hand that points to the left. Whenever this symbol lands, the symbol it points to (in other words, the symbol to the left of it) will turn into a Golden Wild symbol. These substitute for all other symbols in a winning combination apart from the Scatter symbol. The Midas Touch symbol will then collapse and new symbols will fall down from above to fill the gap. It appears only on reels 3, 4 and 5.

Midas Multipliers. If a Midas Touch symbol points to a Wild symbol already, that symbol will then turn into a 2x Wild symbol, meaning it will multiply any win that it’s part of by 2x. If the symbol is already a 2x Wild, it will turn into a 3x Wild multipliers.

Free Spins Bonus. The Free Spins Bonus in Age Of The Gods Mighty Midas slot is a complex one but is still triggered by a Scatter symbol, which has to appear on both reel 1 and 5. You must then spin it to land a special type of Free Spins Bonus:

Age Of The Gods Jackpot. This gives you an opportunity to win one of 4 Jackpots, with a higher bet giving you a better chance of entering the game. A win is guaranteed here and all you need to do is reveal coins to show which Jackpot you will win. 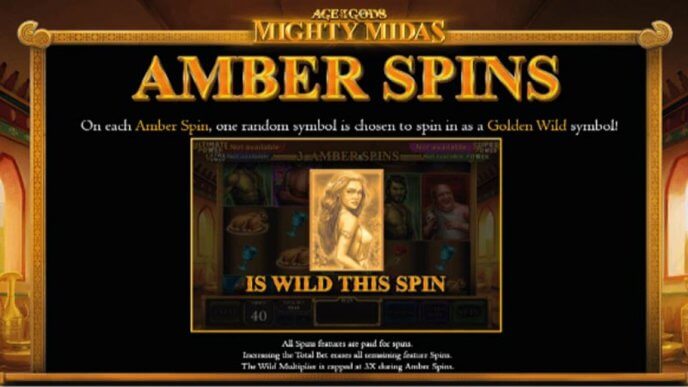 Age Of The Gods Might Midas slot from Playtech is a feature rich game that I have to say is a lot of fun. Many slots become repetitive quickly, but this one is entertaining for a long time. The base game features are good, but the Free Spins are where it’s at with some big wins on offer and interesting features available. You also have the opportunity to win Jackpots too which is nice to see, but probably not a reason to play the slot. All in all, a fun and rewarding game that’s possibly the best in the series we’ve seen so far. Be sure to leave a comment down below and let us know what you think. 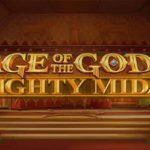