Age of the Gods Norse Gods and Giants slot comes from Playtech Origins and you’ve no doubt here of the series before. This time they’ve gone for a Nordic theme as opposed to the Greek Mythology they usually go with. It looks impressive and the features work well with the theme as we’ll shortly see. To get things going though, just spin the reels and try to get a winning combination from left to right using the base symbols. These are as follows, ranked in ascending order based on their value:

There’s also a wild which substitutes for all other symbols in a winning combination apart from the scatter symbol. On its own it’s also the most value symbol in the game, up to 10x more so than Odin. 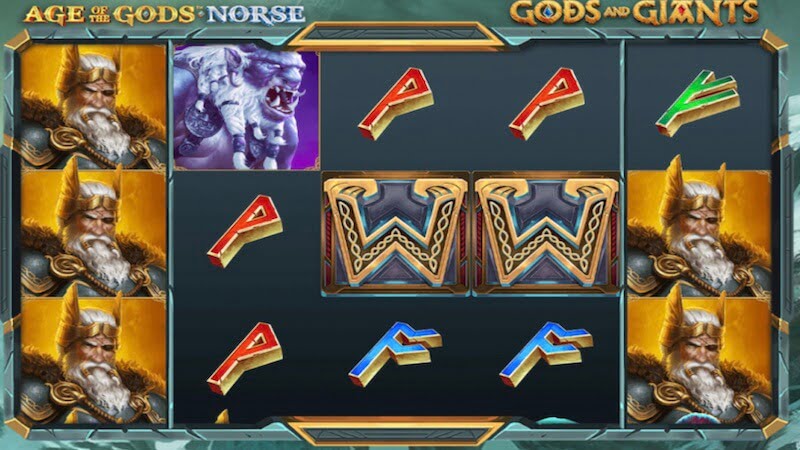 Giant Symbols. Giant symbols are available in this game up to 3×3 positions in size. If you land one of these on reels 2, 3 and 4 and it doesn’t give you a win, a giant respin is given. It can move position on stay where it is for the respin.

Power Nudge. If you only land a partial giant symbol on the middle reels, there’s a chance it will nudge to fill the entire reel, potentially trigger the giant respins as well if it doesn’t form a win.

Gods and Giants Free Games. This is triggered when you land a giant scatter symbol on reels 2, 3 and 4. Doing so will give you 8 free spins. During the bonus, all symbols on reels 2, 3 and 4 are giant symbols, and all symbols on reels 1 and 5 are stacked so fill the entire reel. Furthermore, only the higher value symbols are in play here (no norse symbols). You can still land the scatter symbol during the bonus, retriggering it.

Norse Jackpots. There’s also a chance that any spin during the game can trigger a Norse Jackpot. These values are shown on the side of the reels. You can win these jackpots with any stake, but the higher the stake but better your odds are. 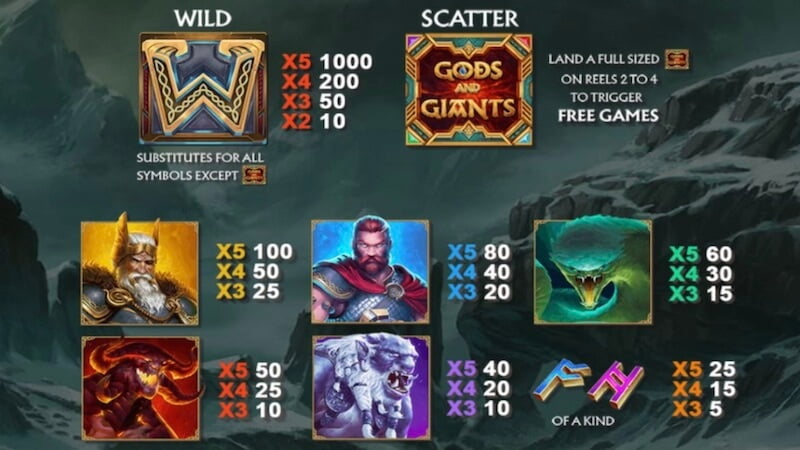 Age of the Gods Norse Gods and Giants is the newest one in the series from Playtech Origins and this time we’re taken to the world of the Norse Gods like Thor and Odin who you’re probably familiar with from movies such as the Avengers. There’s a clear focus on giant symbols in this game which I like as it relates well to the theme. These giant symbols can trigger respins and nudge into place if they aren’t fully in view. During the main bonus game they appear on every spin, and the other reels are always stacked. It’s possible to get some big wins here, although it is a volatile game and sometimes you’ll get nothing. What’s a bit disappointing is the rather low RTP at just over 94%. This may put some off and it is a shame, but aside from that it’s a good slot with some nice features and a cool theme. You can find some of the others in the series here. 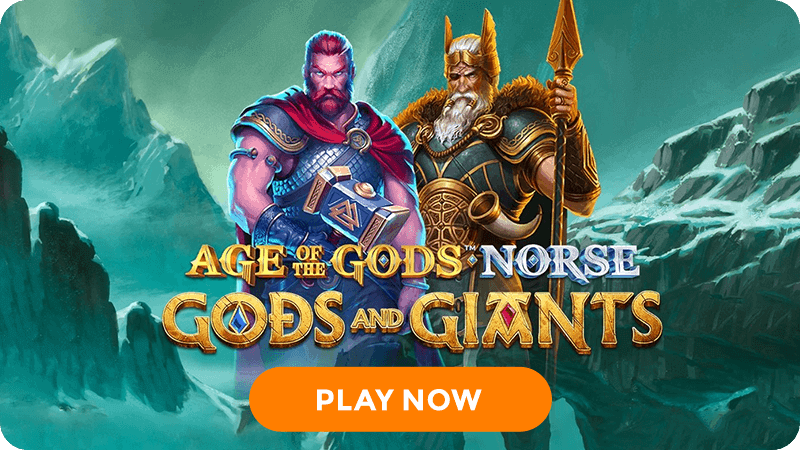