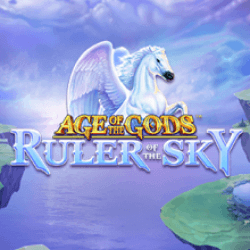 Age Of The Gods Slot

Age of the Gods Ruler of the Sky slot is certainly a lengthy and complicated title for a game that’s supposed to be appealing to new players. But putting the stupid name aside, Playtech have come up with a new slot which includes a couple of bonus rounds and 4 progressive jackpots giving you a chance to win some serious money. But as well all know, there’s a lot more to a slot than just how big the jackpot is, so does this game hold up and is it worth your time?

Let’s start with the theme, and the one thing I can say about Age of the Gods slot is that the name quite accurately represents what the theme is about. Set way up in the sky, the main character here is a white horse with wings, presumably Pegasus from the time of the Greek Gods. It’s not something we haven’t seen before, with slots such as Hercules High and Mighty slot based on the same kind of thing, but it’s easy to see why developers like it so much. Apart from that though, the design is pretty basic and while the graphics are pleasant enough there’s just not much going on to gain your interest. Moving on to the gameplay itself, we have a typical 5×4 layout with 40 pay lines and a minimum bet of 40p going all the way up to £400 for those with a large enough bankroll. What is unfortunate though is the RTP of just over 91% which is pretty stingy but I suppose they justify it with the big jackpots on offer, so what you have here is a slot with pretty high variance. When it comes to playing the game, your goal is to get a winning combination from left to right using the base symbols which are listed here, ranked in ascending order based on their value:

The Wild symbol is portrayed by the white horse and as well as being the most valuable symbol, it also substitutes for all other symbols in a winning combination apart from the Scatter symbol. 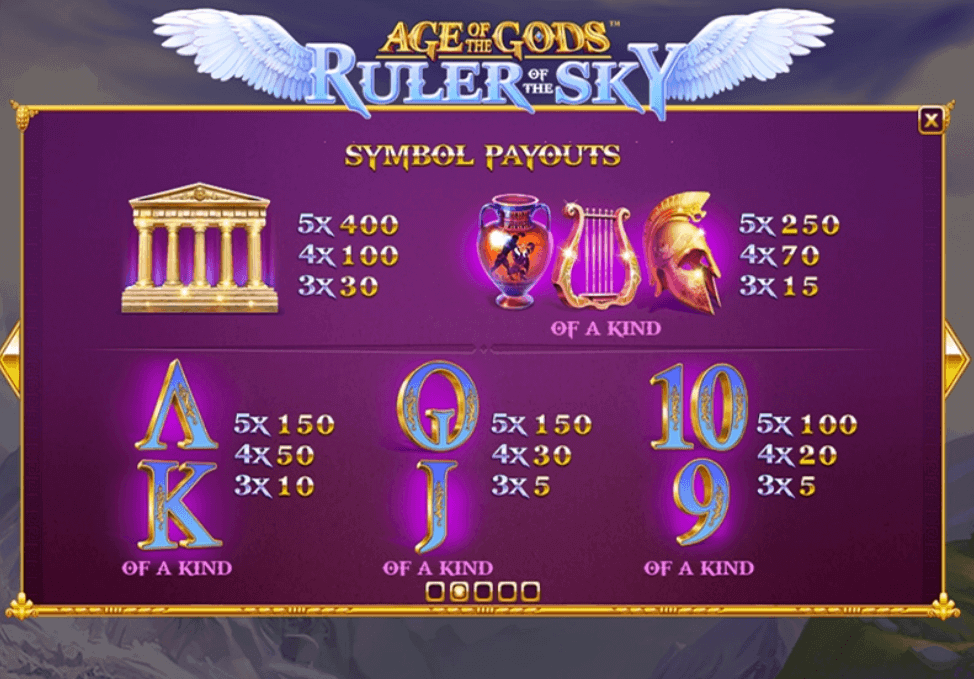 Age Of The Gods Slot Bonuses and Features

Mighty Pegasus Free Games. Three Scatter symbols appearing on reels 2, 3 and 4 will trigger this bonus, offering 5 free spins. The added bonus you get during these free spins is that more Wild symbols will appear giving you a better chance of getting more regular and higher paying wins. If an additional 3 Scatter symbols appear during the bonus, then another 5 free games will be awarded, with no limit on the maximum number of free games you can win.

Age of the Gods Jackpot. The second and final bonus of Age of the Gods Ruler of the Sky slot is the progressive jackpot bonus of which there are 4. You can get access to this bonus after any spin during the base or free spins game, even spins that don’t result in a win. That being said, a bigger bet will increase your chances of getting a shot at the bonus. To play the bonus, you will be presented with a 4×5 grid of 20 coins each with a different number of jackpot symbols hidden on them. Click on a coin to reveal the symbol, and match 3 symbols to win the corresponding jackpot. The jackpot has a timer and will be played automatically if you don’t react quickly enough. 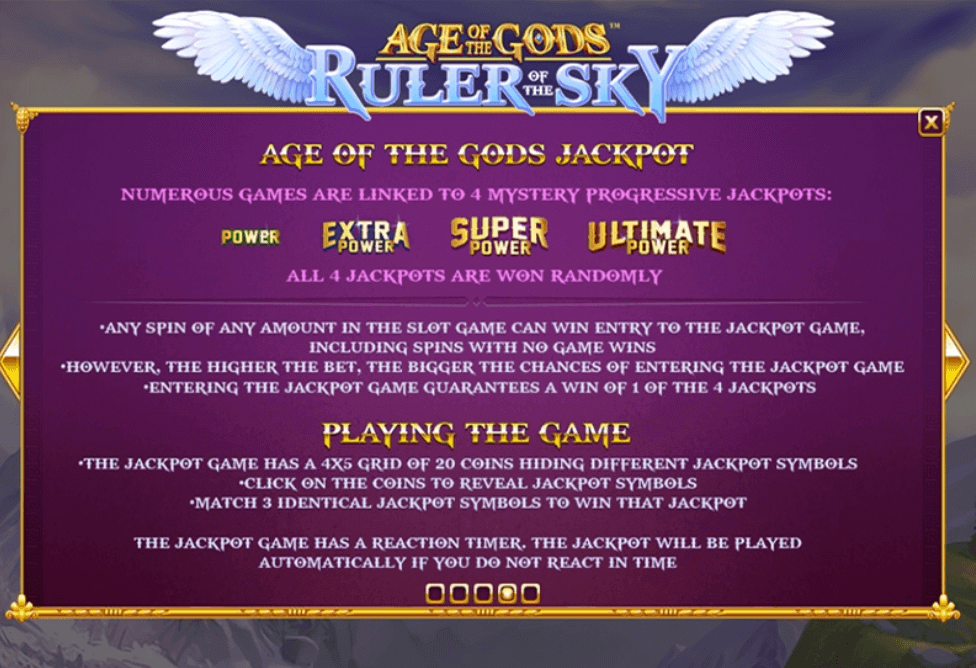 Overall I think Playtech have done a pretty mediocre job with Age of the Gods Ruler of the Sky slot. Its pretty basic design doesn’t really suggest much time was spent on that aspect of the game, and have just 2 bonuses also suggests minimal effort. There’s nothing inherently bad about anything the slot offers, the graphics are fine and the bonuses are decent, but there’s nothing to really make the game stand out when compared to so many others that are being released right now. Additionally, the high variance and low RTP may put some people off, but this game can certainly offer bigger payouts than many others so it could be worth it for some. All in all, not a slot for everyone but might be worth giving a go if you’re looking for a simple slot with a big win.