Agent of Hearts slot is the latest in the Alice in Wonderland series, one of the most visually impressive set of games I’ve seen and all of them thus far have been good. The features here are quite different though, so let’s take a look and see if they are up to scratch.

Before we get on to that, let’s quickly discuss the basics. You have an unusual set of reels here thanks to the big heart at the top. It’s a cluster game so you need a cluster of 5 symbols or more to get a win. The symbols to look out for are as follows, ranked in ascending order based on their value: 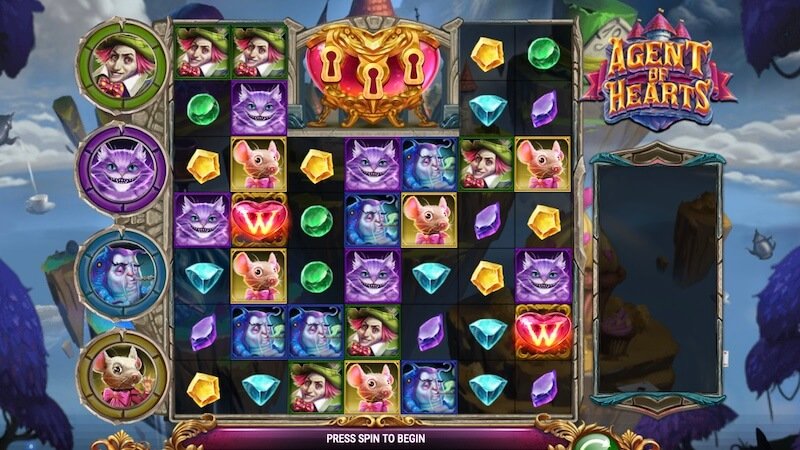 Random Heart Wilds. On a winning spin, you can land 4-7 heart wilds anywhere on the screen, substituting for all other symbols in a winning combination apart from the key symbol.

Agent Features. On the side of the reels you’ll see 4 main characters, these are agents. You unlock their features by collecting the respective symbols, or on any random spin you can also get the white rabbit which will instantly unlock an agent feature:

Queen’s Heart. This game also has key symbols, and 3 of these will unlock the Queen’s heart. You’ll be given a single free spin where all 4 agent features are triggered at once, with a huge mega wild symbol at the end too. 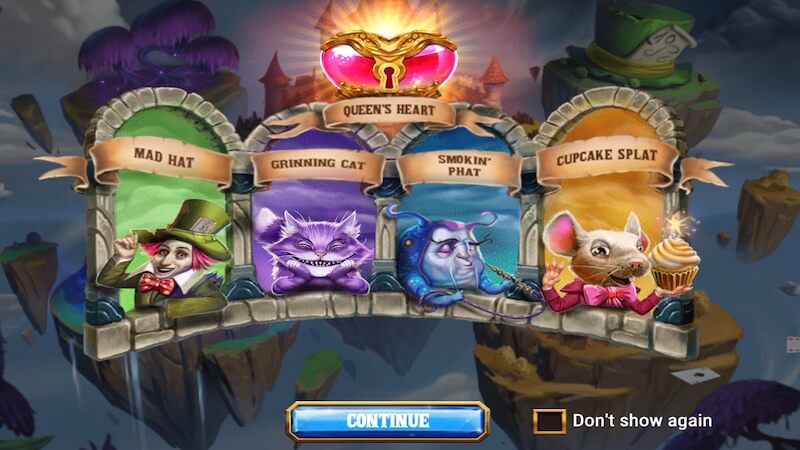 PlayNGo have continued with the Alice in Wonderland theme here which looks as impressive as ever, and they’ve come up with some fairly unique features to set this one apart. The agent features trigger quite often and they all do essentially the same thing just in a slightly different way. I think it would have been nice if the features were a bit more different. However, when combined in the free spins bonus it can work quite well along with the mega wild symbol, and overall I think this game will appeal to those who enjoy a game that’s a bit fun but can still play pretty well too. I look forward to seeing the next installment in the series. 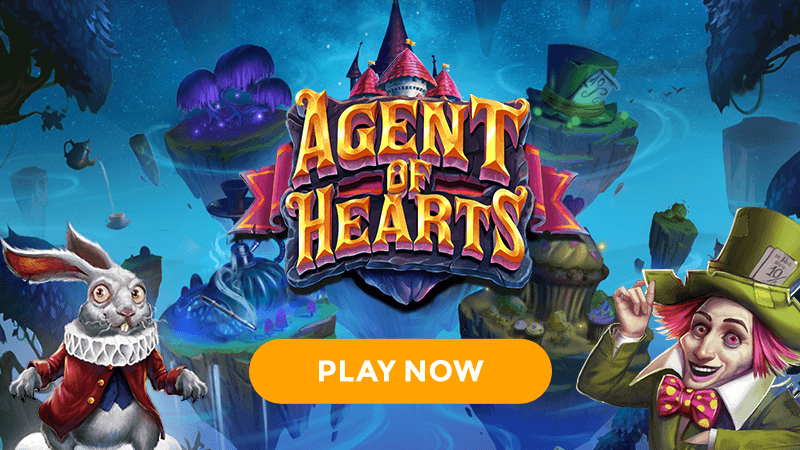 Some Nice But Similar Features