Alchemist Stone slot from Pulse 8 Studios has some unique mechanics that caught my eye and so I decided to take some time to see what was on offer. There are quite a few features here, and a nice design as well which stands out. It reminds me of Aurem Codex from Red Tiger Gaming, and believe me that’s a compliment. For the base game you have 6 reels and 3 rows, but this can increase as you play as we’ll soon see. Starting off with just 25 paylines, you need a winning combination from left to right using the base symbols. These are as follows, ranked in ascending order based on their value:

There’s a wild symbol too, substituting for all other symbols a winning combination apart from the alchemist stone. 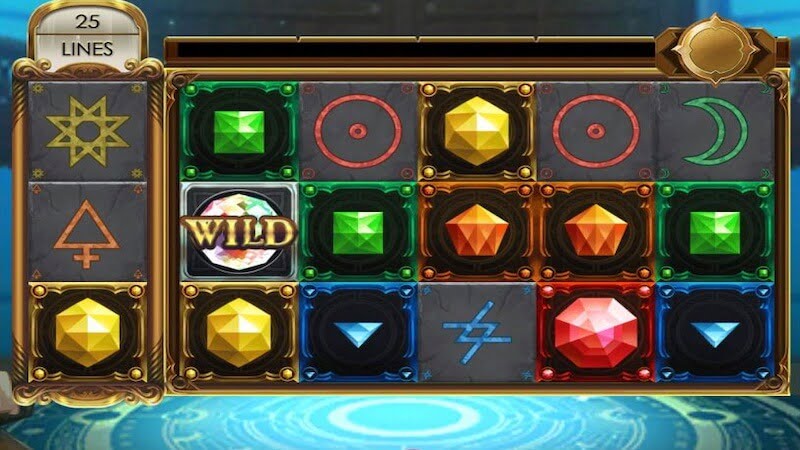 Respin. Respins are awarded whenever a token is received.

Titan Blocks. This feature is a trademark for the company and means that whenever you get a token win, the reel on the far right will merge with the adjacent reel. This can create 5×5 titan blocks which, if you’re very lucky, can even be wild symbols for some big wins.

Alchemist Stone. This special symbol only appears on reel 1, offering a small payout in any position and also giving a respin.

Expanding Reels With Multipliers. The alchemist soon symbol also trigger expanding reels and creates a 6×5 board to play on. With every respin, your multiplier increases up to a maximum of 5x, applied to any win on the screen. The feature is over once there are no more wins.

Nudge. If the alchemist stone is only partly visible, this feature can trigger to reveal it completely and thus give the features that come with it. 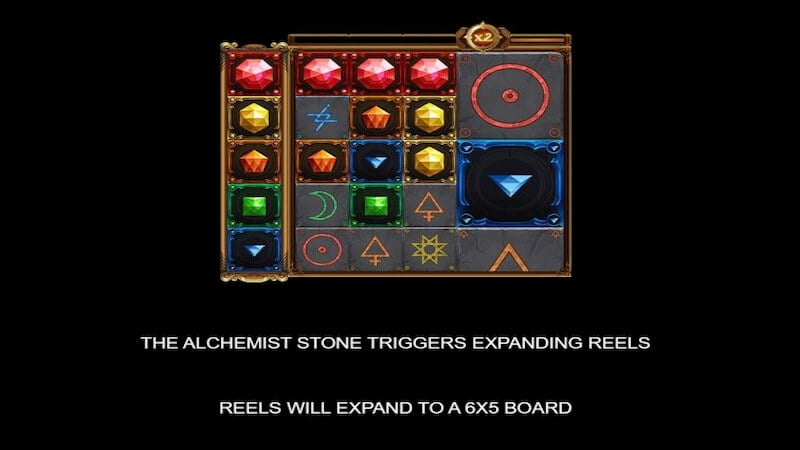 I wanted to review Alchemist Stone from Pulse 8 as they aren’t one of the biggest names in the industry and I wanted to see if they had anything particularly different to offer. I think it’s fair to say that this slot does in fact stand out, mainly with the fun features that come with the alchemist stone and the titan blocks which essentially create giant symbols which can work very nicely. The unique reel setup is cool and payouts can be decent with up to 1,833x your stake up for grabs. So if you’re after something a bit different with a variety of features and nice rewards, I think it’s worth a go. They’ve got a bit of work to do to compete with some of the bigger names out there, but it’s a great effort. 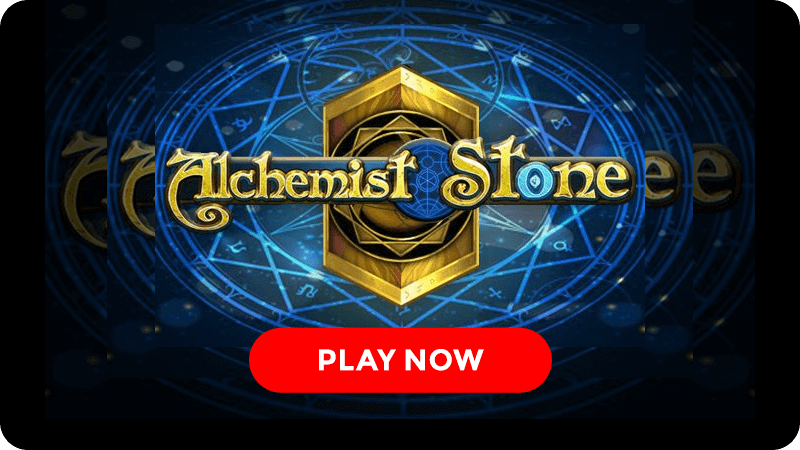 A Great Slot With Some Room For Improvement