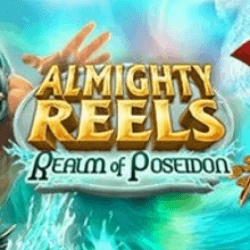 Almighty Reels Realm of Poseidon slot is a brought to you by Novomatic, the same software developer to offer you the recently reviewed From Dusk Till Dawn slot. They’re no amateurs and have produced some high-quality slots in the past, so how does this game compare to the others? Well starting off with the theme which the name kind of gives away, you have here another slot to make use of the Greek Gods, in particular, Poseidon, the God of the Sea. He was one of the more powerful Gods, being brother to the ruler Zeus (who has also been the subject of many slot themes) and protected travelers at sea using his iconic trident. It’s clear why such a theme works well, but I do feel like Greek and Norse mythology is used a bit too much in recent slots.

So we’ve established that the theme is a powerful one, do the graphics convey that well? In my opinion, not really. The colours and quite good and there’s a decent amount of detail in the symbols, but the display for me is too simple. There’s nothing really going on and it’s quite boring, certainly not as striking as many other slots we’ve reviewed. I think this is a bit disappointing from Novomatic who I’m sure could have done better here. More importantly, does the game play well? Well just like the display, the gameplay is also quite simple but that’s not always a bad thing. While we have another slot, Kronos Unleashed slot, recently reviewed and noted for its perhaps overly complicated gameplay (Kronos is Poseidon’s feather by the way), this God-themed slot is much easier to understand. Its main focus is on the Free Spins Bonus with Giant symbols appearing on reels 2, 3 and 4 to give you some good wins, but I’ll go into more detail on that below. The layout is pretty simple with just 5 reels and 25 paylines. You can play from as little as 25p all the way up to £100 although I suspect a slot like this will suit players with a lower bankroll. Your aim is to spin the reels and get a winning combination using the base symbols from left to right. These base symbols are listed as follows, ranked in ascending order based on their value:

We of course also have a Wild symbol which is shown in the form of a golden temple. This substitutes for all other symbols in a winning combination apart from the Scatter symbol. The Scatter symbol is portrayed as a golden coin with the word Scatter written on it, and is used to trigger the Free Spins Bonus. It appears only on reels 2, 3 and 4. 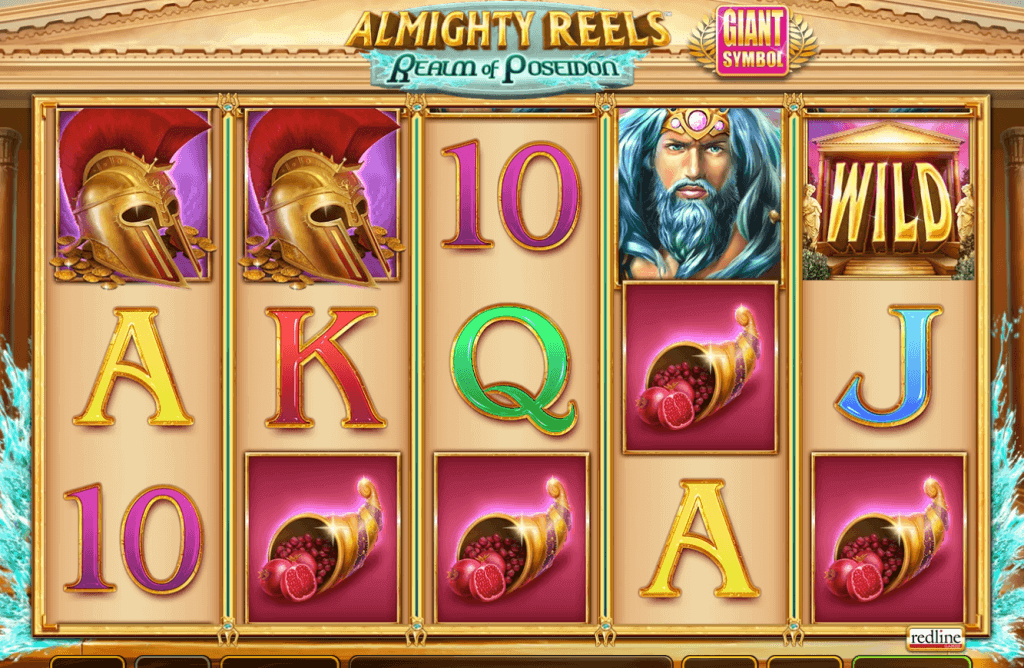 Giant symbols. These extra large symbols appear only on reels 2, 3 and 4. 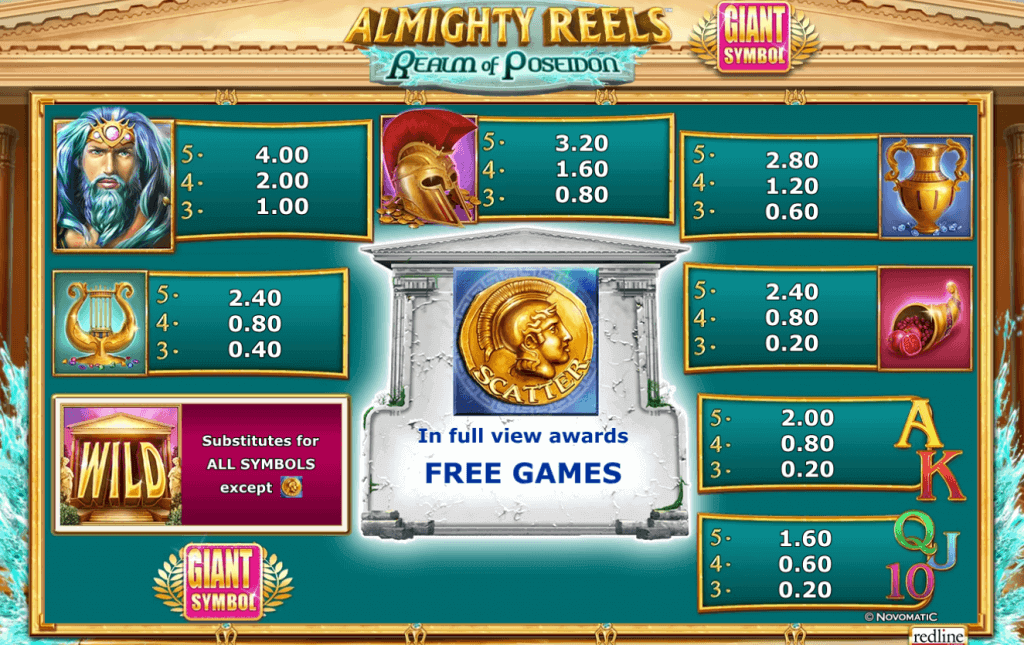 Almighty Reels Realm of Poseidon slot is certainly a pretty simple game from Novomatic but I can see its appeal. You can actually get some pretty good wins through the Free Spins Bonus, especially when the chosen Giant symbol is Poseidon himself, the most valuable symbol. And sometimes it’s nice to take a break from other slots which can be a bit in your face and have too much going on. I don’t think it will be for everyone, but if you’re like me you’ll probably enjoy it from time to time when you just want something that’s far more basic.