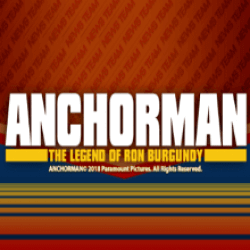 Anchorman slot comes to you from SG Gaming, bringing with it all of your favourite characters and jokes from the movie. For those of you who haven’t seen the movie, Anchorman: The Legend of Ron Burgundystars Will Ferrell as a big shot newsman with his crews of idiot co-workers and friends when suddenly an ambitious, career-driven woman joins him as a new anchor. It’s fair to say no-one really knows what to do and the result is hilarious. It’s no surprise SG Gaming have decided to release a slot based around the hit movie so they can bring a bit of humour to what can be a rather repetitive and monotonous game.

Starting with how Anchorman slot looks, I have to say there’s nothing especially fancy about the game. There’s plenty of colours and everything’s certainly clear enough, but the background is just a bit plain and there are no animations going on like we’ve seen in some recent slots such as Wild Swarm slot. I appreciate that it’s often harder to design a slot when it’s based on a real movie and uses actual images, but I’m sure more could have been done here. Moving on to the gameplay then, this is where things start to heat up. On the face of it, there’s a standard 5×3 layout with up to 117 pay lines during Ron’s Giant Free Games and an RTP of 96.03%. You play by spinning the reels and hoping to get a winning combination or a bonus using the base symbols from left to right. These base symbols are listed as follows, ranked in ascending order based on their value:

There is of course also a Wild symbol which substitutes for all other symbols apart from the Bonus symbol when part of a winning combination. 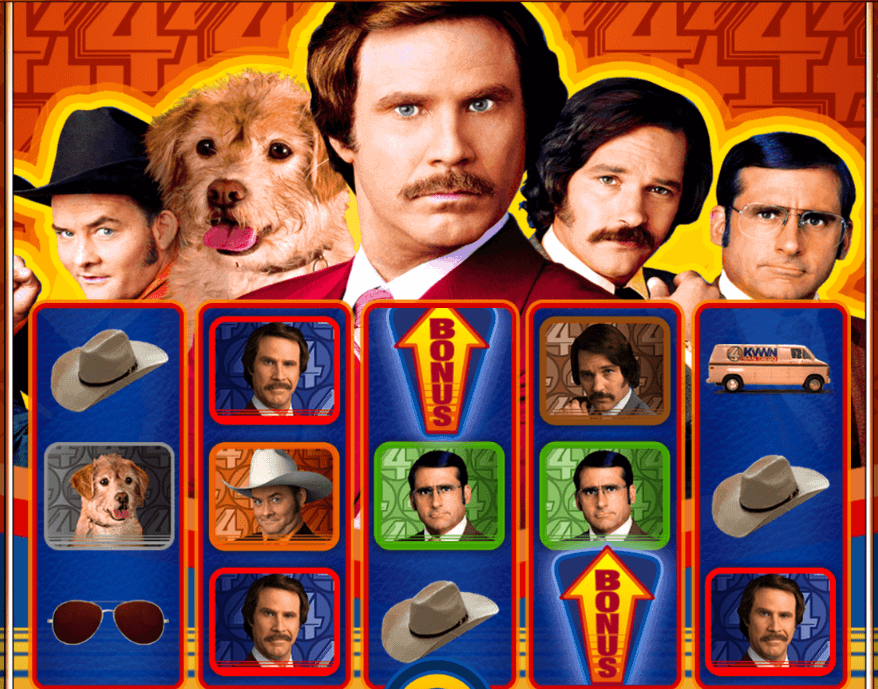 Mystery Stack Reels. This is a base game feature where the reels may randomly change to the Mystery Stack Reels. When in play, each reel has a number of positions that can be replaced with any of the aforementioned symbols giving you a chance to win some extra rewards.

Ron Reels. This is another base game feature but this time the reels can change to Ron Reels randomly. When in use, only Wild, Ron, Dog, Drink or Hat symbols will appear on the reels.

Baxter Wilds Feature. Another base game feature, whereby during the base game, if the reels don’t change to Ron Reels or Mystery Stack Reels and 3 Bonus symbols don’t appear on the screen, this feature can be awarded and between 3 and 10 Wild symbols will be placed anywhere on reels 2-5.

Big Bonus Reel. This is triggered by 3 scattered Bonus symbols on reels 2, 3 and 4 and will give you a spin on the Big Bonus Reel where you can win one of the following: 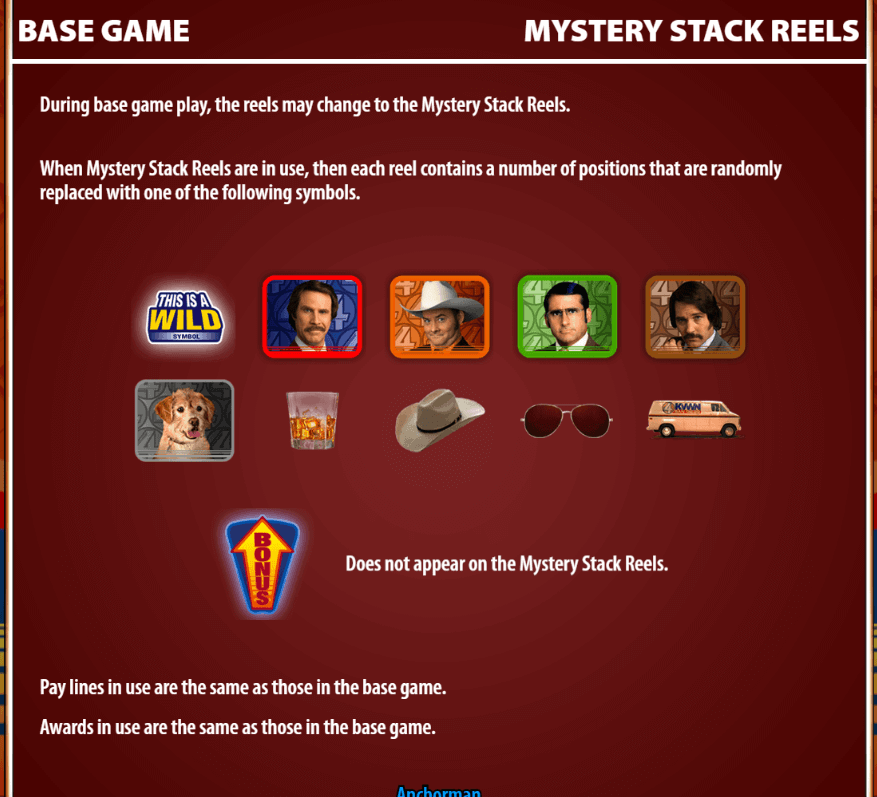 Anchorman slot is a pretty feature rich game based on the hit movie of the same name by SG Gaming. There’s a lot to like here; the base game has several features to keep things going and the main bonus has a lot of variation in it while also being pretty rewarding. You can tell they put a lot of time into this slot, but I still think they can have made it look more appealing. At the end of the day though, gameplay is the most important aspect and it does a great job there.