Ancient Fortunes: Zeus slot from Triple Edge Studios is a new game with a simple gameplay mechanic. It works using rolling reels and increasing multipliers which are enhanced during the Free Spins Bonus. If you’re not entirely sure what all this means, be sure to keep reading and I’ll explain everything in more details.

Firstly, there’s the design. It’s a bit unusual but I quite like it, with the symbols upon the 5 reels which are part of a great wall. I like how lightning occasionally strikes down in random places, keeping you engaged. There are 3 rows and altogether 10 paylines. You just need to get a win along one of these using the base symbols from left to right. These are as follows, ranked in ascending order based on their value:

These symbols do nothing special apart from give you a win when you get enough of them along a payline. However, there’s the Wild symbol also, gold in colour, which substitutes for all other symbols in a winning combination. Finally, there’s the Free Spins symbol, shown as a thunderbolt, which is used to give you free spins as we’ll soon see. 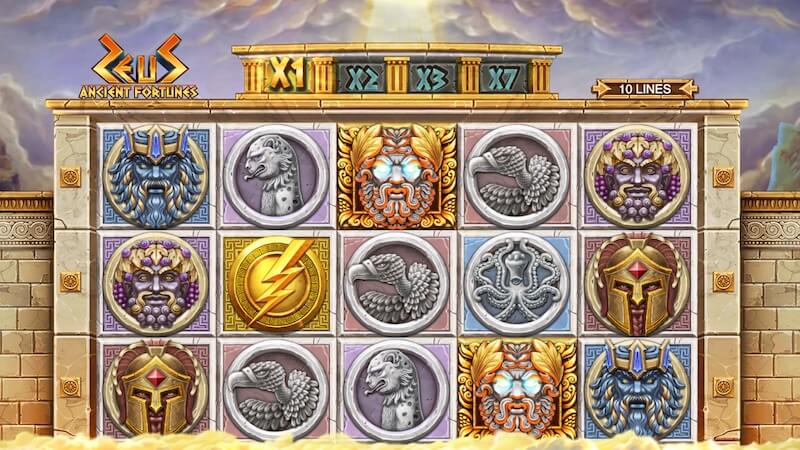 Rolling Reels. Rolling Reels might sound like a new, exciting feature but in reality, it’s just another name for cascading symbols, or the avalanche feature as it’s often known. If you haven’t heard of it, it’s very simple. Any win will result in the winning symbols being destroyed, with new ones replacing them by falling down from above. This can result in more wins, and so more symbols will fall with no end until no more wins occur. All of this happens within a single spin.

Multiplier Trail. What is interesting about the Rolling Reels is that every consecutive win increases the multiplier. The initial spin has a multiplier of 1x, whilst the second win is multiplier by 2x, the 3rd by 3x and any after that by 7x. 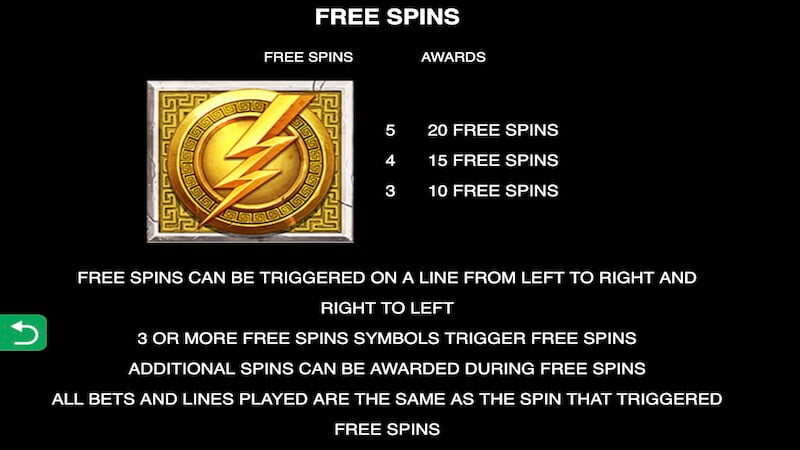 Ancient Fortunes: Zeus slot from Triple Edge Studios focuses almost entirely on the multipliers you get from consecutive wins thanks to the rolling reels. These aren’t too significant during the base game, but dramatically increase during the Free Spins Bonus. What’s more, you can win more free spins during the Bonus by landing more Free Spins symbols. It’s a fairly medium variance game with just over 1,000x your stake available. I like how it works, although it has been done before in a very similar way. The problem I have is that it gets a bit boring after a while, but in the short time it’s not bad and might be worth checking out. You can see other Triple Edge Studios slots here.

A Rewarding Slot With Increasing Multipliers