Ancient Goddess slot is a new game from Green Tube that’s yet another to use the theme of Ancient Egypt. Frankly I don’t understand why this theme is so often used and unless something very special is done with it I find it very boring. In this instance, the design is actually very simple and rather bland with a simple coloured background and mediocre graphics. It’s a shame because it really doesn’t stand out, but at least it’s nice and clean I guess. Moving on, we have 5 reels here with 3 rows, giving you 20 paylines in total. Your job is to get a win along one of these using the base symbols from left to right, or trigger a Bonus. The base symbols are as follows, ranked in ascending order based on their value:

These are just the base symbols in Ancient Goddess slot, meaning that they only pay out for a win along a pauline and give you a cash reward. However, there are 2 more symbols as you’d probably expect. The first of these is the Wild symbol, shown as a queen, which substitutes for all other symbols in a winning combination apart from the Scatter symbol. The Scatter symbol is used to trigger the Free Spins Bonus but will also give you a cash reward, being more valuable than all the other symbols. 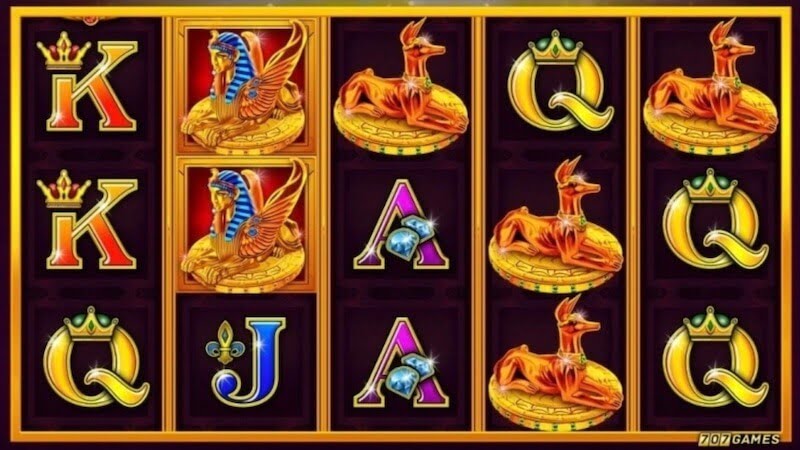 Free Spins Bonus. This is the only Bonus in the game and is triggered by 3 or more Scatter symbols appearing anywhere on the reels at the same time. Doing so will give you 12 free spins. Rather unusually, you can also win free spins with the help of the Wild symbol. If you land 1 of these you’ll get a single free spins, 2 will give you 3 free spins and 3 will give you 5. Note that these symbols only appear on reels 2, 3 and 4. So what’s so interesting about these free spins you ask? Well it’s all about getting upgrades. The Wild symbol will upgrade a symbol to th next highest value symbol, excluding the Jack, Queen, King or Ace. This works all the way up to the most valuable symbol (apart from the Scatter of course). 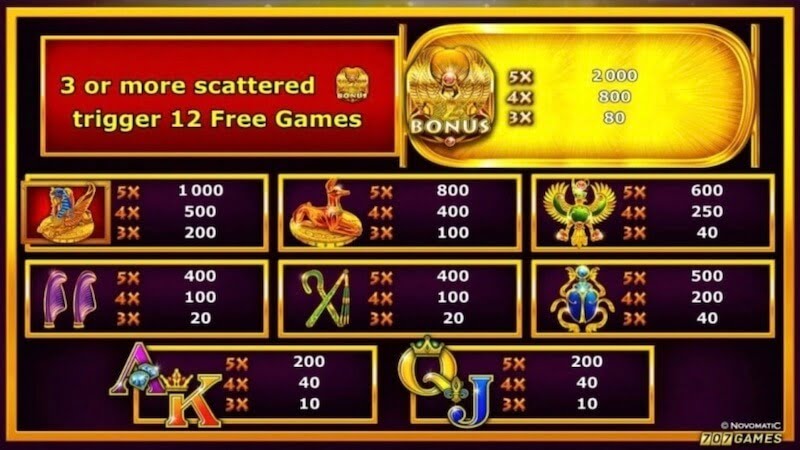 Ancient Goddess slot from Green Tube is a simple game. It’s one of those slots that people play purely for the Bonus, largely because that’s all there is to look for. You can, however, trigger the free spins in a couple of different ways as I mentioned which is quite unusual and I like that idea behind that. During the Bonus, the aim is to upgrade the symbols to increase your win. It’s a reasonably high variance game, although nothing like the likes of many Megaways slots that are so popular right now. In my opinion, Ancient Goddess slot could have been a great game but it needs some more features during the base game. As it stands, it’s just quite a boring slot and the RTP is a little on the low side at 95% too. If you like the symbol upgrades in the Bonus then give it a go, but I think there are better slots out there for most players. You can check out some of their other slots here too. 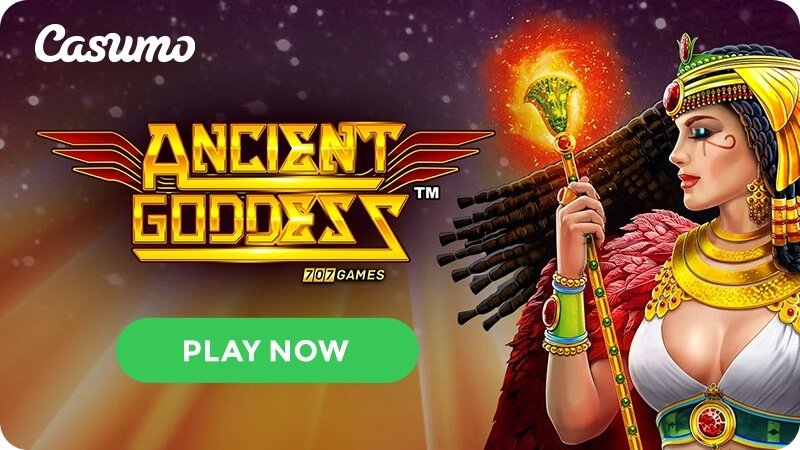 A Good Bonus But Dull Design