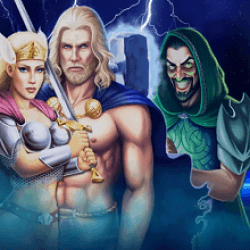 Asgard slot by RTG is a brand new addition to their slot portfolio which uses a theme based on Norse mythology to entice players. This is hardly surprising given the success of the latest Marvel movies which include characters such as Thor, Odin and Loki. These beings are powerful Gods that reside in Asgard under their ruler Odin. It’s worth noting that Asgard slot does not base itself on the Marvel franchise, however, so don’t expect the same types of graphics or even characters to feature. Instead, this slot bases itself more on the traditional Nordic mythology originally from Germany and is likely using this opportunity with the release of big blockbuster movies to generate higher interest.

Moving on to the graphics, while they’re not necessarily bad I wouldn’t say they’re anything special for a 2018 slot. What’s perhaps most noticeable though about Asgard slot is how similar it looks to Thunderstruck II by Microgaming. This is, of course, one of their biggest slots and still is hugely popular. It looks like RTGhave decided to mimic the slot in order to replicate their success. And it goes beyond just the design, even some of the gameplay seems to me to be a direct copy such as the progressive unlock bonus and the wild feature. This is very disappointing because even though Thunderstruck II is a great slot, it would be nice to see something more original.

The aim of the game is to get a winning combination using the base symbols from left to right to win money or bonuses, baring in mind that this is a 243 ways to win game. These base symbols are listed as follows, ranked in ascending order based on their value: 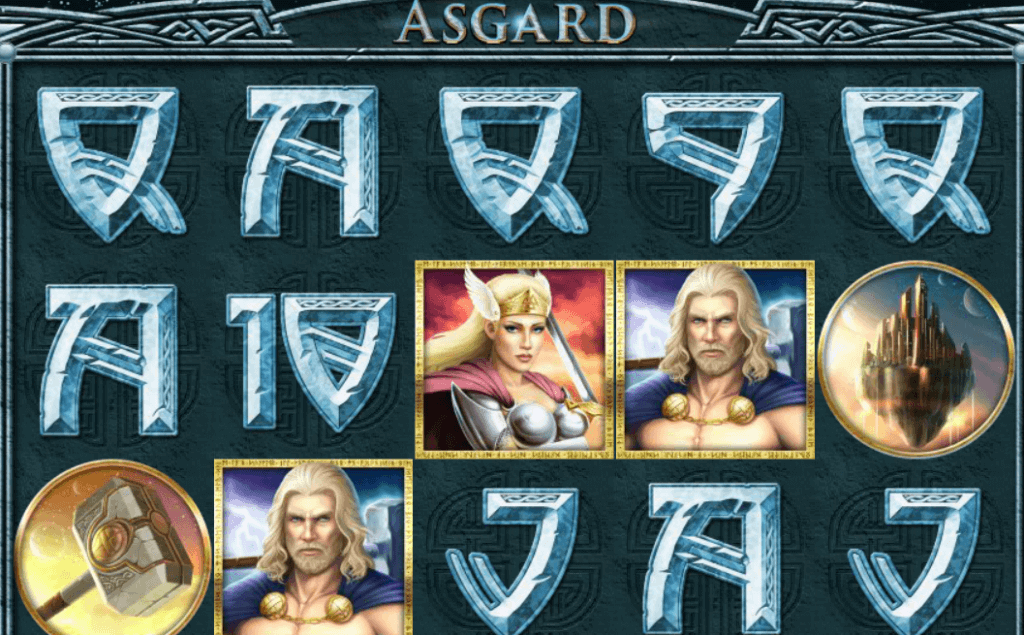 Thunderbolt Feature. On any random spin, this feature can be triggered and will convert up to 5 reels into wilds before pays are awarded.

Free Games Features. This is triggered by 3 or more scattered Bonus symbols which can appear on any normal base spin, awarding one of 4 features. These features are unlocked progressively after a certain number of triggers (just like Thunderstruck II). 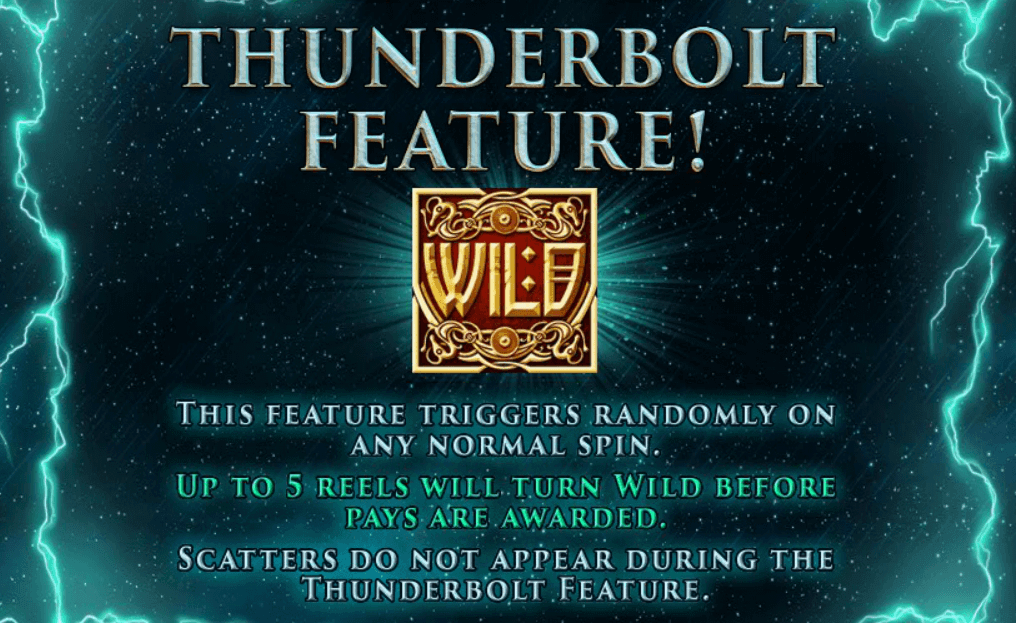 To summarize Asgard slot, I would say it’s impressive and that I really like the gameplay, with the progressive features making the game a lot of fun and potentially very rewarding. The theme is also good, and I can see why they have timed it to be released now. The main issue though is the fact that this slot and Thunderstruck II are incredibly similar. They have a very similar theme (OK, there are a lot of Nordic-based slots I suppose like Hall of Gods slot), but the design is almost the same including the colour scheme and characters, and the gameplay is almost identical too. In short, I’m sure you will enjoy this slot but as a close copy to Thunderstruck II slot, it’s hard for me to give it much praise.