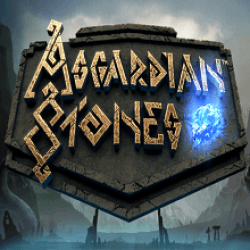 Asgardian Stones slot from Netent is an interesting game which combines both features that we like from other slots with some new additions. The theme isn’t necessarily new as we’ve seen plenty of slots based around the Gods of Asgard, but the way this one has been designed is more original and that’s something I really like.

The graphics here are pretty good, not exceptional but certainly no complaints. I do like the animations though and how everything works, it’s just well-made in my opinion. You have your standard 5×3 layout with only 20 paylines and an RTP of 96.31%. Your job is to spin the reels and try to get a winning combination using the base symbols from left to right which are listed as follows, ranked in ascending order based on their value:

There’s also a Wild symbol which substitutes for all other symbols in a winning combination apart from the Bonus symbol. 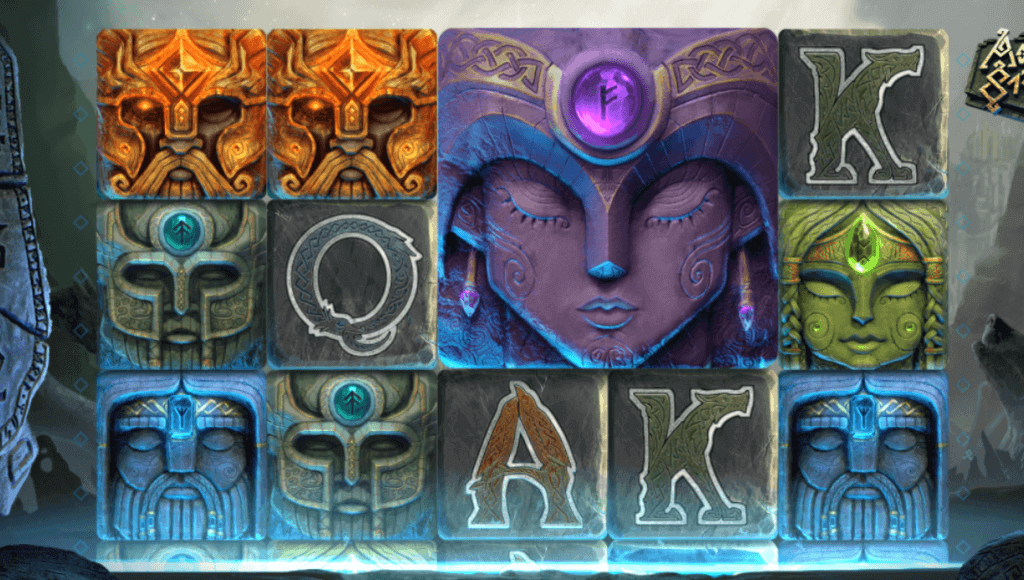 Avalanche Feature. This is a feature we’ve seen in other slots such as Finn and the Swirly Spin slot but it’s one I quite like. The way it works is that when you get a winning combination, the symbols that form the winning line will collapse, or in this case explode, leaving a space for additional symbols to fall in as part of an avalanche. This process will continue until there are no more wins. Avalanche wins are added to any bet lines.

Colossal Symbols. Again, this isn’t a feature we haven’t seen before but it’s fairly popular for a reason. Symbols in both the base game and Free Spins Bonus can also appear as colossal symbols. These are large symbols that are either 2×2 or 3×3 in size, and can be either fully or partially displayed. If a colossal symbol is only partially part of a winning combination, it will be destroyed leaving space for an avalanche. Colossal symbols can fall in as part of the avalanche feature, but it’s not possible to have 2 or more Colossal symbols appear at any one time on the screen.

Colossal Crush Feature. This can activate after an avalanche feature during both the base game and Free Spins Bonus. If there is an empty space below the Colossal symbol, it will come and crush all symbols beneath it until it reached the bottom of the screen. For every row the symbol falls down, so long as it crushes at least one symbol in that row, a multiplier of 1x will be applied up to a maximum of 4x.

Bonus Wheel Feature. This is a special 3×3 symbol that can only appear on reels 3, 4 and 5. After all evaluations, the wheel will stop and land on either a reward, a number of free spins or both. The number of free spins will increase by 1 for each row in view. The coin value can be a maximum value of 36x your bet. The Bonus Wheel is the only symbol that does not take part in the Avalanche feature. 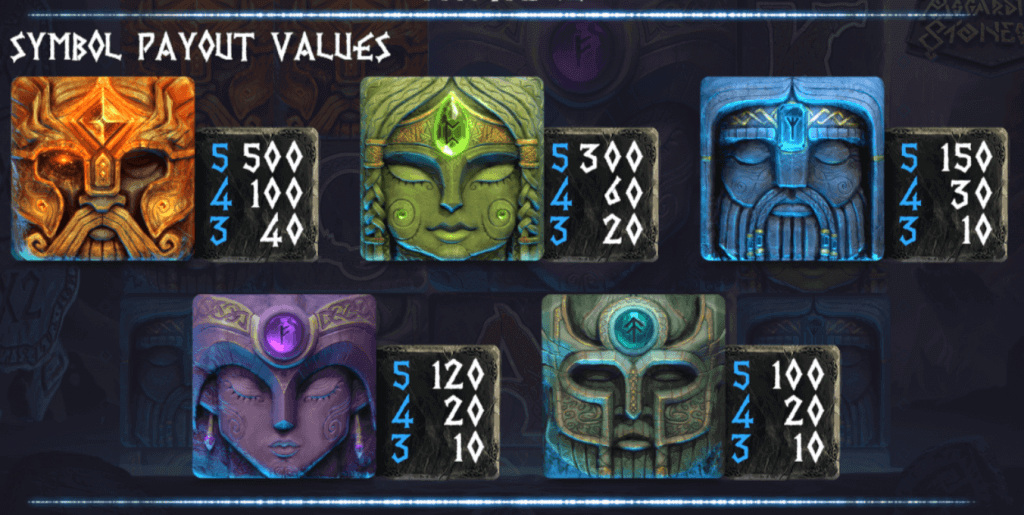 Asgardian Stones slot has quite a few features that I quite like despite the fact that most of them have been used in plenty of other slots like the Avalanche feature and the Colossal Symbols. The addition of the Bonus Wheel is pretty cool, and while it doesn’t do anything that special it’s a different way to trigger free spins and I admire NetEnt for thinking outside the box here. I would have liked to have seen some bigger wins on offer through one of the bonuses, this is a medium variance game which of course will be preferable to some players but not everyone. The theme is pretty cool as well and works really well with the bonuses on offer. Overall, it’s a pretty solid slot with little to dislike, and I can happily recommend you try it out.