Beat the Beast Griffin’s Gold slot from Thunderkick uses multiplier wilds in the free spins bonus to offer some impressive rewards up to 22,222x your stake. It has a similar theme to the other slots in the series, and if you like them you’ll probably find this one quite interesting too.

When it comes to the design, it’s definitely quite basic when compared to some of the bigger names out there like PlayNGo, but it does the job is what you’d expect from Thunderkick. There are 5 reels with 3 rows to give you just 9 paylines. You need a win from left to right using the base symbols which are as follows, ranked in ascending order based on their value: 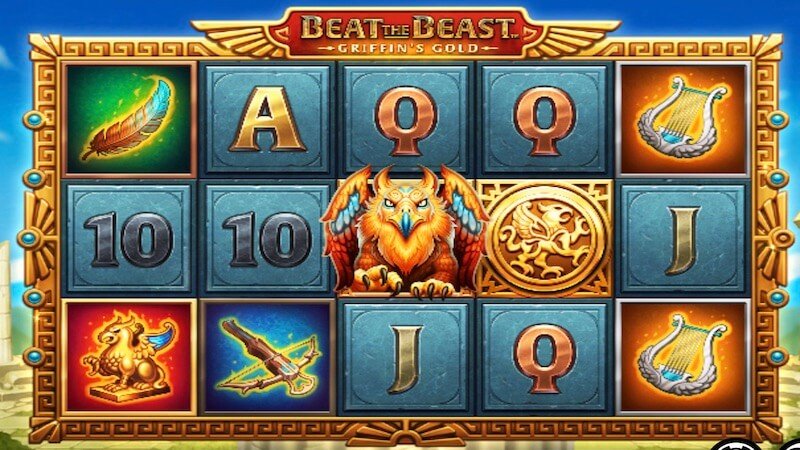 Griffin Emblem Symbol. The third griffin symbol in this game is an emblem and it’s both a wild and a scatter symbol, substituting for all other symbols in a winning combination. Just 3 of these on the screen at any time will offer a small payout.

Bonus Game. In addition to offering a small reward, the emblem symbol is using to trigger the free spins bonus, with at least 3 of them needed anywhere on the reels. This will give you 10 free spins. Here you have a roaming wild symbol which behaves as a normal wild symbol but before each new free spin, it will move to an adjacent position. It also has a multiplier attached to it, shown on the symbol itself. It starts at 1, and every time it’s included in a win it will increase by 1x. Furthermore, it will also give you another free spin. If multiple roaming wilds combine in a win, their multiplier values will multiply together for bigger payouts. 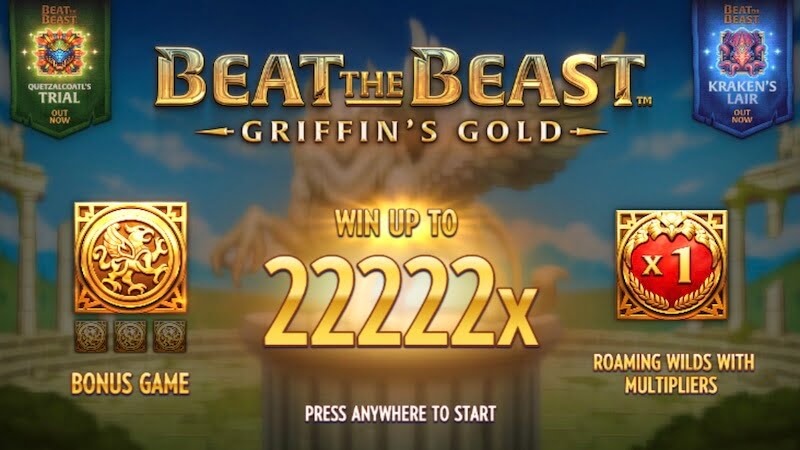 Beat the Griffin Griffin’s Gold is the most recent Beat the Griffin slot in the series, one that appears to be quite popular now and Thunderkick are certainly churning them out. This is quite a simple one that only becomes interesting once the free spins bonus is trigger with the scatter symbol. This is because roaming wilds have multipliers on them which can increase to some decent amounts and multiply with each other for big rewards, with a maximum of 22,222x your stake up for grabs here. IT’s an impressive figure and with a good RTP over 96% it’s probably worth checking out, but it’s not as fun as some other slots and some base game features would have been nice here. You can find other Thunderkick slots here if you’re interested. 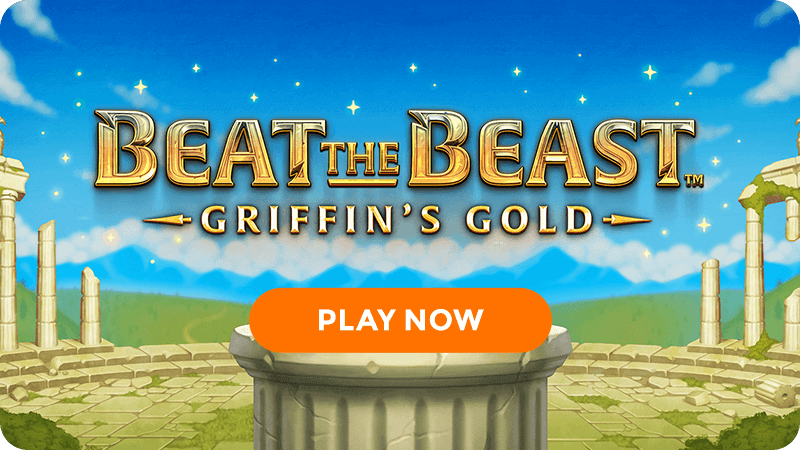 A Good Free Spins Bonus But Not Much Else