Beat The Beast Kraken’s Lair slot from Thunderkick is the first in the series and attempts to draw players in mainly through some high-paying symbols that can offer some good wins. There are a couple of features on offer here as well which can combine together quite nicely, so let’s take a look and see if this slot is really worth playing.

Starting with the design, it’s quite basic as is usual from Thunderkick. The graphics aren’t the best, but the theme is quite fun which helps. There are 5 reels with 3 rows to give you a total of just 9 paylines. You need to get a win from left to right using the base symbols. These are as follows, ranked in ascending order based on their value: 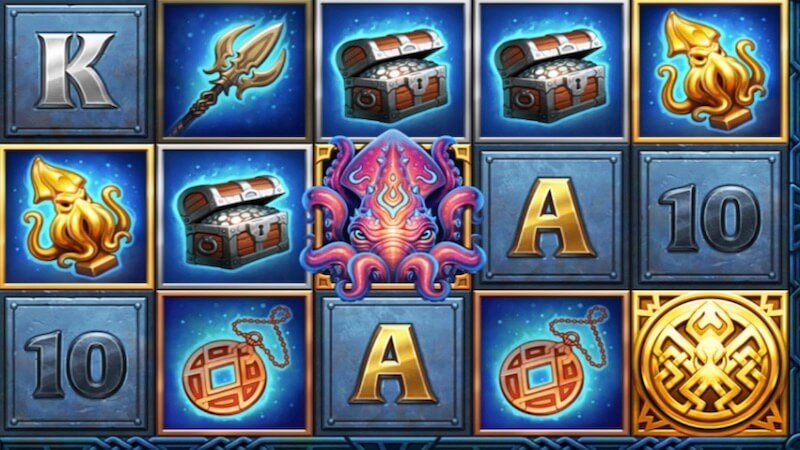 Kraken Emblem Symbol. There’s a bright gold symbol in this game which is both a scatter and a wild symbol, substituting for all other symbols in a winning combination. It’s used to trigger the bonus game as well.

Free Spins Bonus. To trigger this you need 3 or more scatter symbols anywhere on the reels, giving you 10 free spins. Nothing too special happens during these free spins, but a single Kraken Emblem symbol is guaranteed on each spin, substituting for all other symbols to help you try and get more wins. 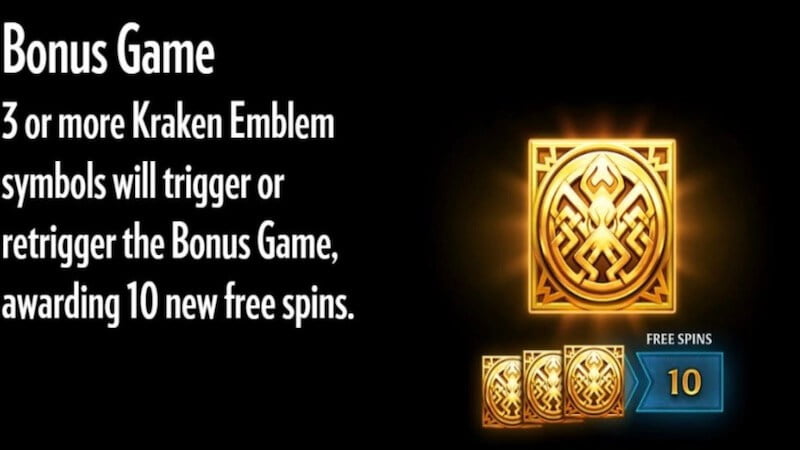 Beat the Beast Kraken’s Lair slot from Thunderkick is quite a simple game as you’d probably expect from this developer. That said, it does offer some pretty good payouts, up to 7,777x your stake in fact on a single spin, free spins or otherwise. That’s because of the high-value symbols in play, particularly the Kraken Emblem symbol. The expanding win feature isn’t bad, and is more likely to occur during the free spins bonus which is nice, but the game just isn’t very exciting really which is a shame. A good slot needs to offer more than just big payouts, it needs to be fun to play for a reasonable time otherwise you’re more inclined to play something else. I think it’s a decent attempt from Thunderkick but I’d like to see more in the future. You can find some of their other slots here. 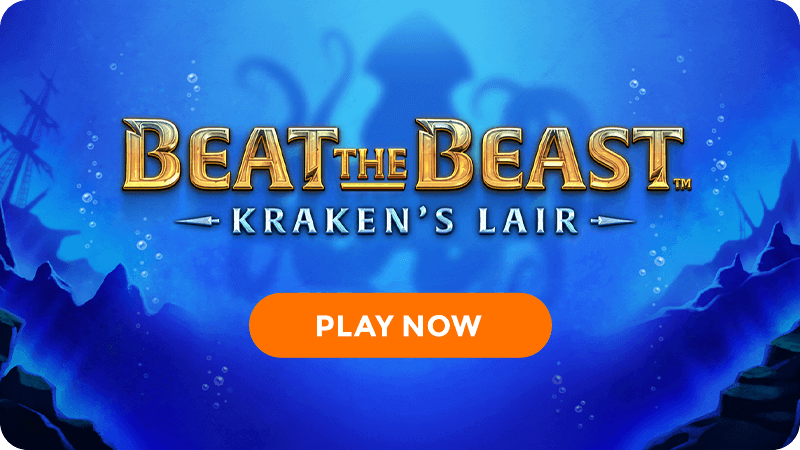 A Good-Paying Slot That's Quite Boring