Beavis and Butthead slot from Blueprint is a new game based on the TV show of the same name. I’ll admit that I’ve never really got into the show, but it’s popular nonetheless and I can certainly see why it has been chosen as a theme for a slot.

I think Blueprint have done will here in making use of the theme. The slot is packed with bonuses based on the show and its characters, making it very fun and different from other games out there. It looks great and similar to the TV show which I really like. All you need to do is get a winning combination from left to right using the base symbols. These are as follows, ranked in ascending order based on their value:

There’s also a Wild symbol which substitutes for all of the above symbols in a winning combination apart from the Bonus symbol. 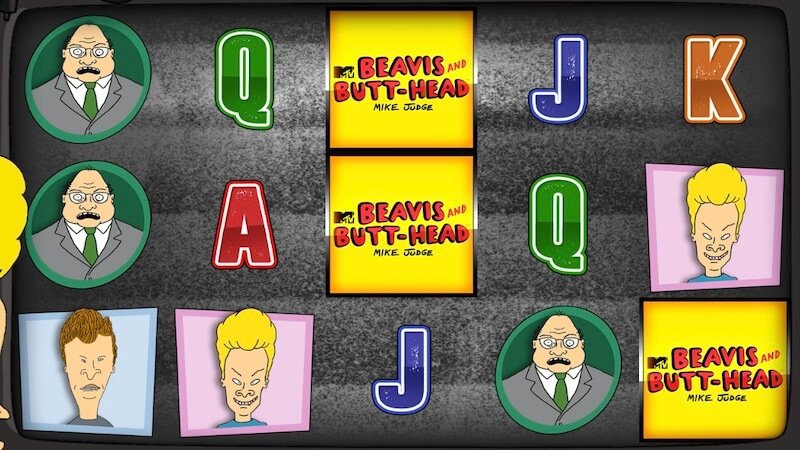 Base Game Features. These features can all trigger at random during the base game:

Bonus Stuff Kicks Ass Feature. This is the main feature of the game, triggered by 3 or more Bonus symbols appearing anywhere on the reels. Once triggered, you’ll have to make a random choice on which of the 6 Bonuses you’ll get: 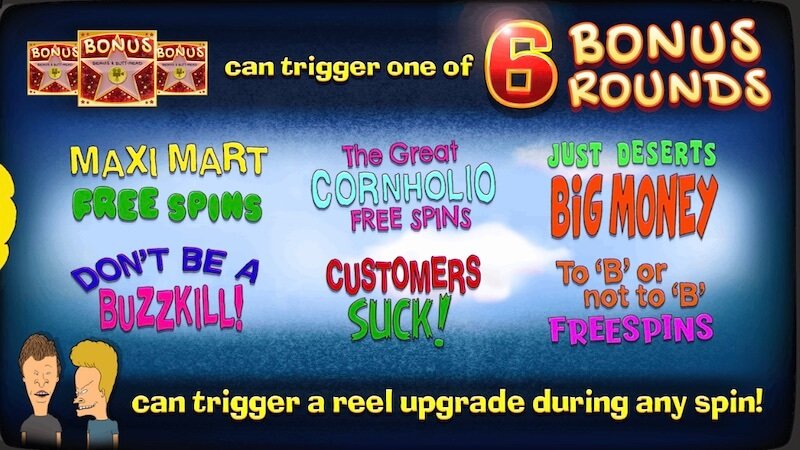 Beavis and Butt-Head from Blueprint is a fully-featured slot, both during the base game and the main Bonus. The features are all varied and based the TV show of course which, whether your a fan of the show or not, makes the game a lot of fun. Some of the features can be a bit naff, the Don’t Be A Buzzkill feature isn’t the best, but some are fun and can even pay out pretty well. This isn’t a very high variance slot so bare that in mind, but if you’re looking for something different and fun which can still be fairly profitable, this could be for you. You can also check out some of their other slots here. 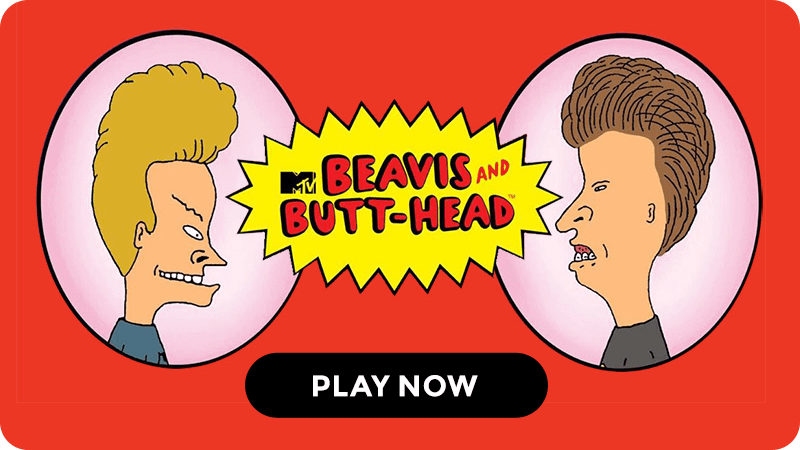 A Very Fun Game Based On The TV Show.