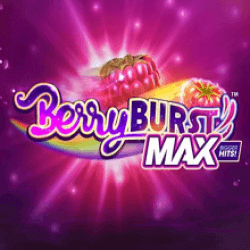 Berryburst Max slot is another game to feature one of my favourite features that’s pretty basic but fun and rewarding, cluster pays. We’ve seen this feature before in a number of slots such as Tiki Fruits slot but frankly, I have no issue seeing it in more slots and I don’t think many people do either. There are certainly a few other features in the game but I’ll come onto all of them in more detail shortly including how they work and how valuable they can be.

When it comes to the design of this slot, it’s honestly one of the most simple I’ve ever seen. Now that’s not always a bad thing, I think some slots can actually be a bit too complicated in their appearance but for some, Berryburst slot may go a bit far in its simplicity. The actual colours and symbols used are nice and the graphics aren’t half bad, but without any borders around the reels and a very basic gradient used as the background, it’s not exactly exciting. I think this may be something that some will appreciate while others while just think is boring. Obviously though, the gameplay is what really counts and fortunately this is often where Netent shines. In order to play the game and access the features, you must first spin the reels in order to get a winning combination from left to right using the base symbols. These are listed as follows, ranked in ascending order based on their value:

As well as these base symbols, there’s also a golden Wild symbol which can appear anywhere on the reels and substitute for all other symbols in a winning combination. During the base game, these symbols will expand to fill the entire reel on which it has landed and re-spin, giving you a better chance at getting a win. If any new Wild symbols appear on the reels that have re-spun, then they will also expand to fill the reels and wins are then evaluated before another re-spin is activated. Using this feature, it’s possible to get a large cluster and therefore a significant win. 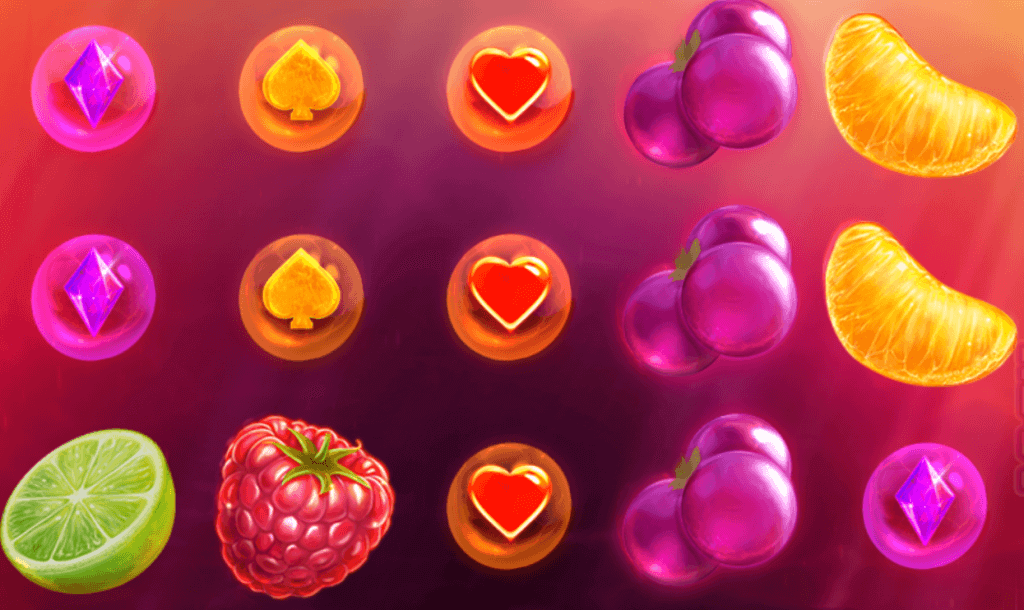 Cluster Pays. As I mentioned, this is one of my favourite features as it’s a nice change from regular payouts and can be very profitable if you’re lucky. A symbol becomes part of a cluster when it’s horizontally or vertically adjacent to a matching symbol. You can check out the rules of the game to see a full table of payouts for each symbol which pay from a cluster of 5 up to 15 symbols, with a maximum payouts of 10,000 available for a 15x cluster of Raspberry symbols. If 6 or more Wild symbols form part of a cluster, they will only substitute for symbols on either side of the cluster so that only when the whole screen is full of Wild symbols does the Wild symbol not only substitute for a symbol on either side.

Berryburst Max slot from Netent is another good addition to their Cluster Pays collection and certainly one of their most simple variants of the game. As I mentioned earlier, this will suit some players more than others as both the design with its simple background and layout, and gameplay with only a couple of features are very simple. That’s not to say though that the game isn’t rewarding, in fact, you can receive some very large payouts with some big clusters, and this is helped by the expanding Wild symbols coupled with the re-spins to hopefully generate further Wild symbols on other reels. It’s a slot that I think many will enjoy and certainly one that I really like, so I recommend you check it out to see what you think and if you can make yourself some large clusters.