If you’re looking for something that works differently to the usual slot, this game could well be for you. It’s a cluster pays slot, but more than that it has features which go off after set times (sort of), meaning you can get some idea of what’s going to happen when. It’s a cool idea, so let’s see if it actually works in practice.

Before we do, let’s discuss the design. It’s a simple but effective one, with a clean, retro look and some nice colours with classic slot symbols. This is a cluster slot, so you need to get groups of symbols together for a win. These are as follows, ranked in ascending order based on their value:

There’s a wild symbol too, shown as a large golden W, substituting for all of the above symbol in a winning combination to help get your more wins. 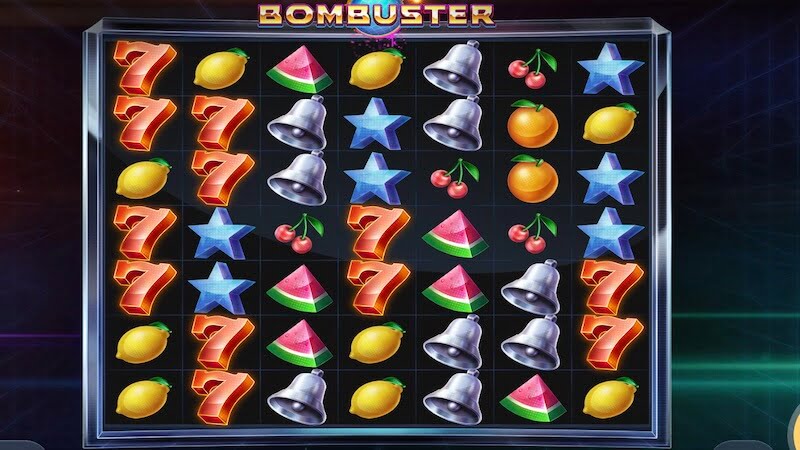 Wild Bomb. The wild bomb is a yellow bomb symbol which can lock in place for up to 200 spin before it explodes. When it does finally go off, it turns everything in its path into a wild symbol.

Swap Bomb. This bomb is green and can lock in to place for up to 50 spins before it explodes. Going off will turn all symbol in its path into the same, randomly chosen symbol.

Destroy Bomb. Despite its colour being red, this one is less significant, locking in place for up to 3 spins only. When it goes off, all symbol in its path are removed to allow new ones to fall in from above. 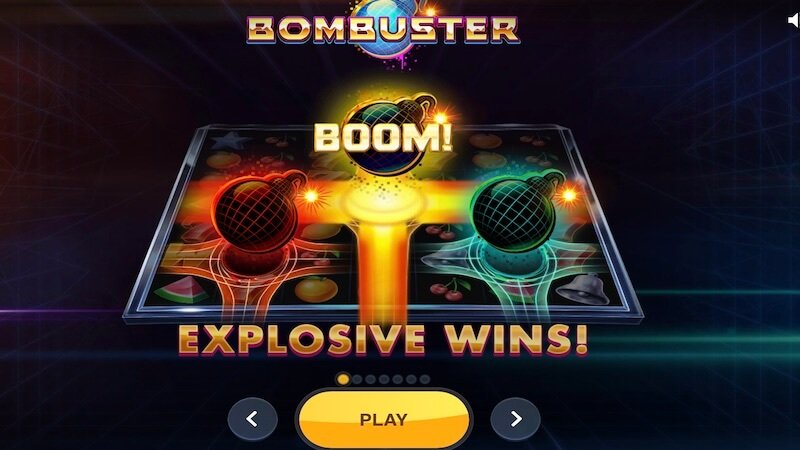 Bombuster slot from Red Tiger Gaming is very simple, but quite unique as well. Rather than have your typical free spins bonus or other features that trigger more or less randomly, this one has mini-features that trigger within a set number of spins. The most basic is the destroy bomb which just lets new symbol move into place and doesn’t really add much. The swap bomb works like a mystery symbol, going off after 50 spins at most to leave behind a randomly chosen symbol, and the wild bomb is where the money is likely to be made, leaving behind wild symbols in its path. It’s a cool idea, and it gives players an incentive to play for longer periods of time. However, these features just aren’t very good. The only one really worth getting excited about is the swap bomb, but that’s pretty much all this slot has going for it. The maximum payout is only 2,000x anyway so it’s not that exciting. I really like the concept, and the design is cool too, but the execution is off. Perhaps they’ll release something in the future that works in a similar way but is much more rewarding. In the meantime, you can find other Red Tiger Gaming slots here. 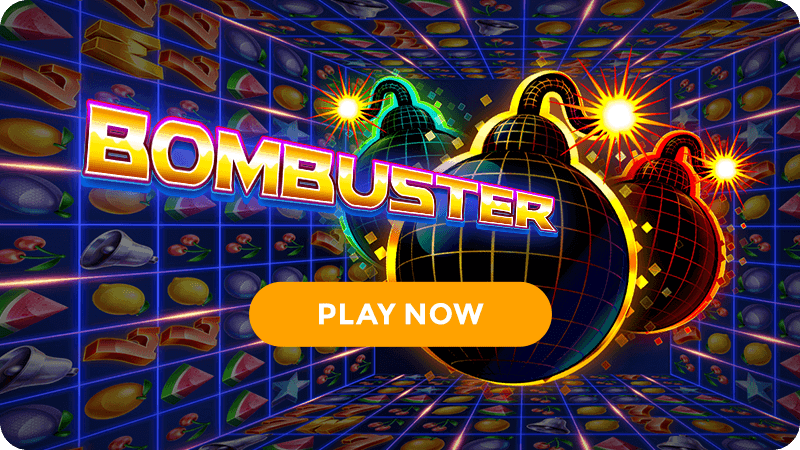 A Unique Slot That Could Be Much Better