Book of Blood slot is yet another in the book of series, something almost all developers seem to be trying to get in on lately. I have no problem with it as a lot of them are great, but not all and with so many out there it’s getting harder to make one that’s original and competitive. Let’s take a closer look and see what’s on offer here to help it stand out.

The design is certainly different, with a vampire theme compared to the more common Ancient Egypt theme which is nice. There are 5 reels and 3 rows giving you 10 pay lines. All you need is a winning combination from left to right using the base symbols that are as follows, ranked in ascending order based on their value: 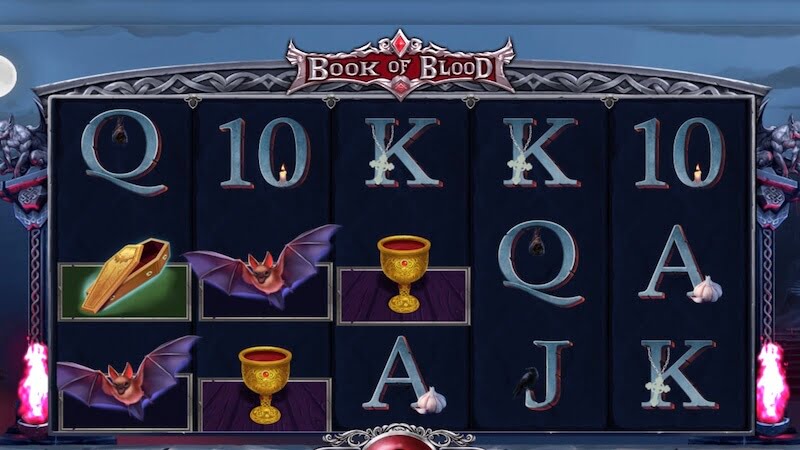 Bonus Buy. Outside of the U.K., you can pay to trigger the bonus immediately for a price of 80x your stake. 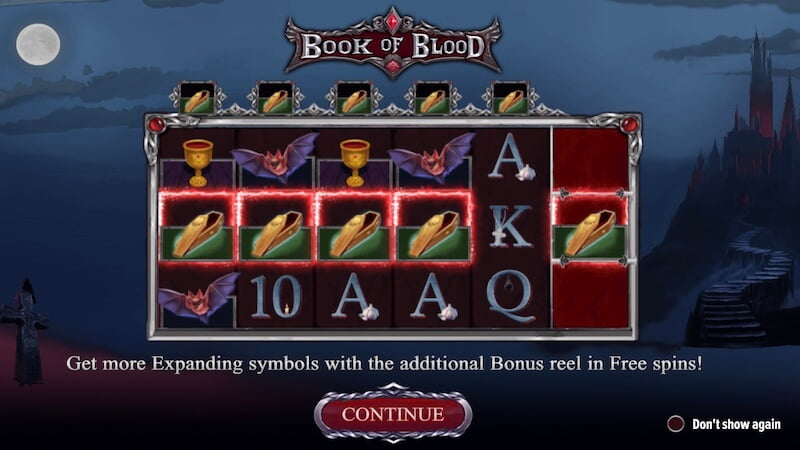 Book of Blood slot from NetGaming is another book of slot, this time with a slightly different mechanic. Rather than just expanding whenever they appear, the expanding symbols are collected and respins are awarded until eventually the symbols expand if they can pay out, even if they’re not next to each other. What’s disappointing is that if you retrigger the bonus the expanding symbol remains the same. Many other book of slots give you a new symbol as well as the old one, making it much more valuable. I think that would have been a really nice addition here combined with the respin feature, setting it apart from the many competitors in the book of series. Instead, I have to say I think it’s not one of the best, especially with the lower than average RTP of 95.58%. A few base game features might also have been a nice touch.

Some Nice Ideas But Not The Best Book Of Slot