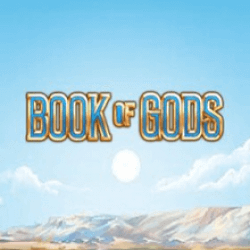 Book of Gods slot is brought to you by Big Time Gaming, the same developers who have produced slots including White Rabbit and Extra Chilli slot. The theme here is all based on the ancient Egyptian Gods in all their power and glory. The Egyptians worshipped numerous Gods, some were Human in appearance while some like Anubis was only part human, with the head of a jackal and the tail of a lion. It’s certainly true that this theme has been used before in various forms, whether it’s in relation to the ancient Gods of Egypt or just Egypt itself and its rulers, but Big Time Gaming have tried to make things a little different here as you’ll see.

Starting with the design, Book of Gods slot really stands out with its vibrant colours and detailed graphics. The reels are set upon a gorgeous river with pyramids and hills further in the background. I have to say this is one of the most striking displays I have seen and I’m very impressed with what Big Time Gaming have done here. If we move on to the gameplay itself, we have a fairly typical 5×3 layout with 243 ways to win and a healthy RTP of 96.35%. Bets can be made from as little as 10p up to £40, significantly less than a lot of other slots we’ve seen but still a sufficient amount for most. The aim of the game is to get a winning combination from left to right using the base symbols which are mostly based on the theme itself. These symbols are listed as follows, ranked in ascending order based on their value:

The book symbol also serves as both a Wild and Scatter symbol which is slightly different from usual, meaning it can substitute for other symbols in a winning combination and also contributes to the bonus as you’ll see shortly. 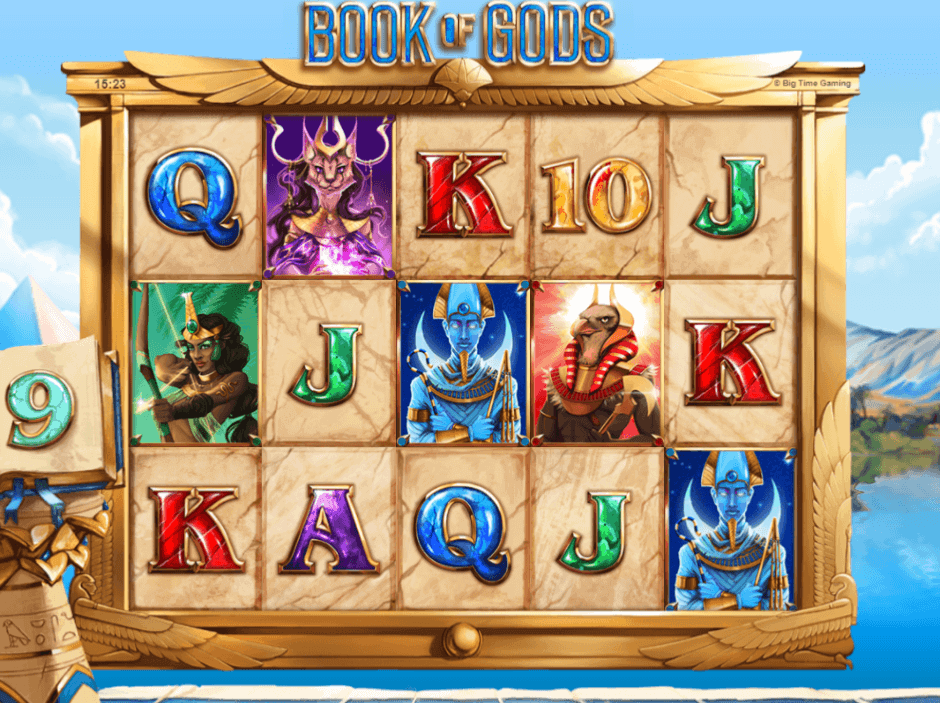 Symbol Cloning. You’ll notice on the left-hand side of the reels a book with a symbol on it that changes after each spin. This book reveals the cloning symbol; either 9, 10, Jack, Queen, King or Ace. After any wins are paid, the symbols on the reels that match the cloning symbol are cloned in order to fill the reels where they occur.

Free Spins. This is triggered by any 3 or more scattered Book symbols, with 3 of them offering 15 free spins, 4 offering 20 free spins and 5 offering 25 free spins. At the beginning of the Free Spins Bonus, the Book symbol will appear and reveal a God which will become the cloning symbol for the rest of the free spins. It’s worth noting that the Free Spins Bonus can be retriggered by another 3 or more Book symbols appearing anywhere on the screen, with an additional God being revealed by the book as a cloning symbol and of course more free spins being offered. After 3 retriggers, all the Gods are active and any subsequent retriggers will only award free spins.

Feature Drop. This is a feature that BGT like to incorporate into their games and Book of Gods slot is no exception. It allows you to buy the Free Spins Bonus at any time, with the price for it displayed in the Feature Drop button. While it may sound silly to buy free games, Feature Drop symbols will appear from time to time on the reels and reduce the price by half making it more valuable. If the price is reduced to zero, the Bonus is automatically retriggered. 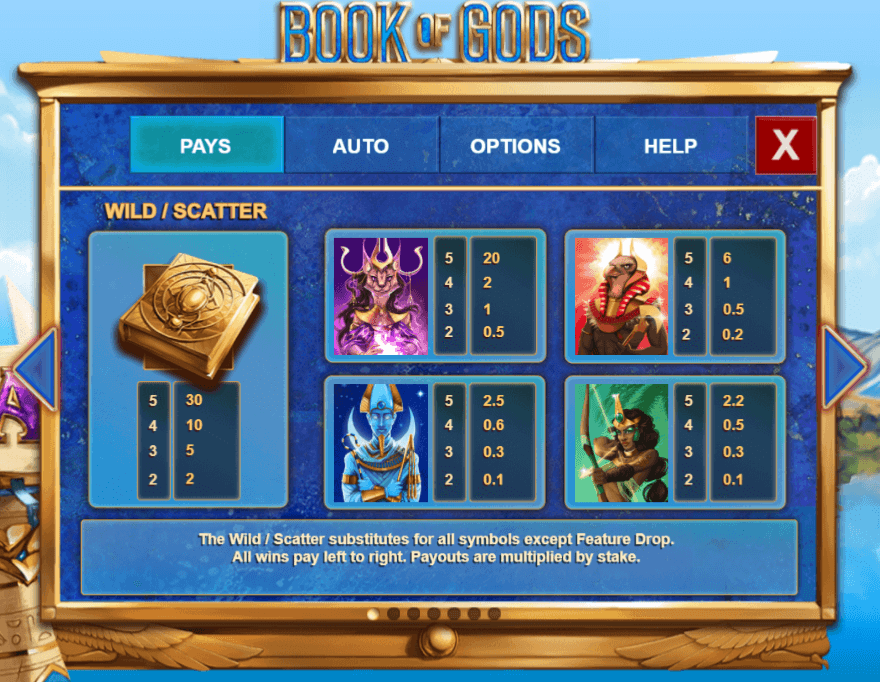 Book of Gods slot is an exceptionally well-designed slot that is both clear yet very detailed at the same time. The background is gorgeous to look at and will probably provide an incentive for you to win so you can buy a holiday to Egypt. When it comes to the gameplay, there’s nothing we haven’t seen before from Big Time Gaming, but that’s not necessarily a bad thing. The Free Spins Bonus is enticing and being able to buy it is a nice little touch. Don’t expect any huge wins from this game, it’s certainly a low volatile game but that’s not always a bad thing and I think a lot of people will enjoy playing this and hopefully make a nice little extra money.