Book of OZ Lock N Spin slot is a new game from Triple Edge Studios that kind of gives away one of the main features of the game in the title. That’s the Lock N Spin feature of course, allowing you to lock reels in place at a cost, in the hopes of getting some wins from it. It’s a nice feature and not one you see all that often, but I’ll explain more on how it works later. The theme is also pretty clear from the title, based on the character most well-known from the Wizard of Oz. It’s a nice design with good colours and graphics. You have a standard 5 reels, 3 row set-up that offers just 10 paylines. You’ll need to get a win from left to right using the base symbols. These are as follows, ranked in ascending order based on their value:

Lastly, there’s a wild symbol which substitutes for all other symbols in a winning combination. And when I say every symbol, I also mean the scatter symbol which is quite unusual but a very nice touch. 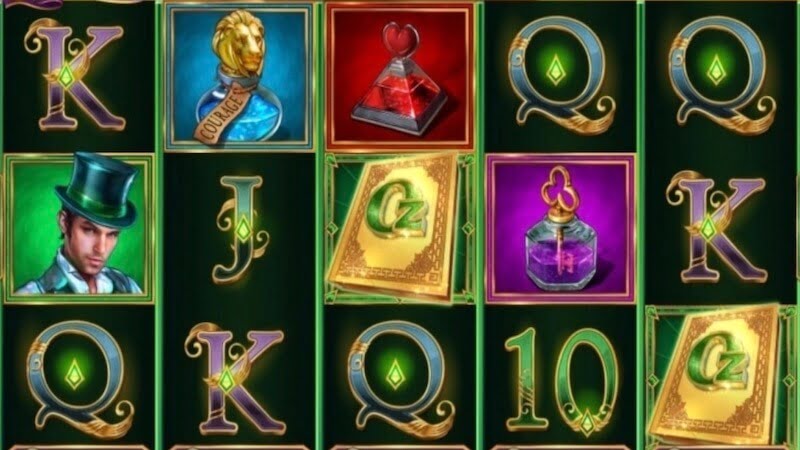 Lock N Spin Feature. What makes this slot so interesting is that after each spin, you can choose to lock as many reels as you want in place. However, doing so, as you can imagine, does come at a cost which will be shown to you. You can lock a maximum of 4 reels after each spin.

Free Spins Bonus. To trigger this, you’ll need to land the scatter symbols (or wilds as I already mentioned). You’ll need at least 3 which will give you 10 free spins, with 4 giving you 12 and 5 giving you 25. At the beginning of the free spins bonus, a special symbol is randomly chosen to be an expanding symbol. This means that whenever it lands on the reels, it will fully expand to help you get some extra wins if it can form a win. It’s possible to retrigger the bonus by landing more scatter and wild symbols. The scatter symbol is also the most valuable symbol in the game, paying up to 5,000x your stake for 5 of them. 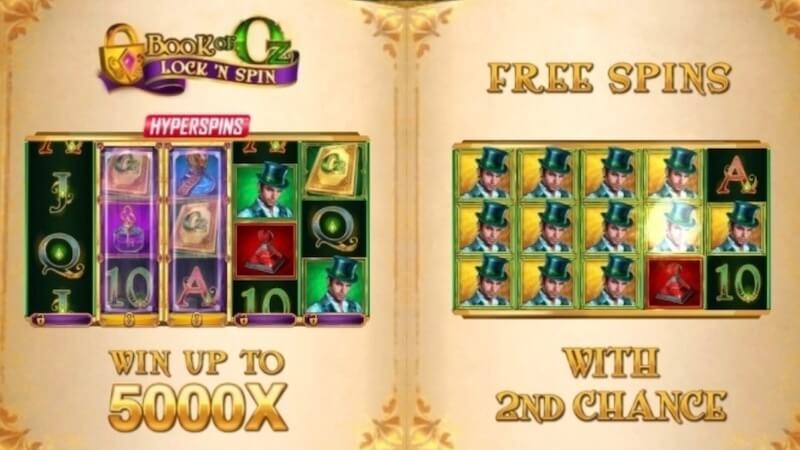 Triple Edge Studios have created quite an interesting game with Book of Oz Lock N Spin slot. That’s because of the lock n spin feature, something you don’t see very often in slots but it can be a lot of fun. I like how you have this option after every base game spin, and if you play it right you can see yourself getting some good rewards, but it can get expensive so think carefully before you lock lots of reels in place. The free spins bonus isn’t especially unique, offering expanded symbols if they can form a win. It’s something we’ve seen before, but it’s not a bad feature either. I also like how the wild symbols counts as a scatter, helpful when trying to win the main bonus and also for getting the wins that come from the scatter symbol. Overall, it’s a fun slot that’s different from most of the competition and if you’re after something a little different, this could well be for you. You can also see some of their other slots here. 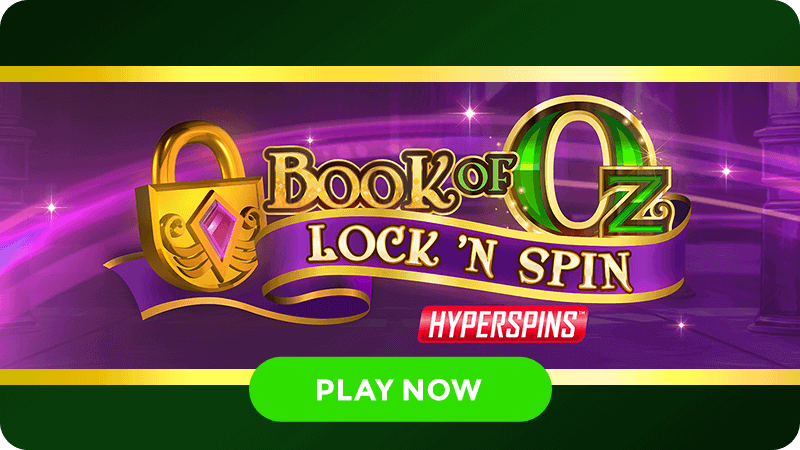 A Slot That Gives You Control