Cascading Cave slot from Playtech is a new, volatile game that can offer some juicy payouts in a more unusual way than the typical slot, but does that make it a great slot overall?

Well let’s take a look at a few of the basics before we get on to the features. Starting with the design, I personally think it’s neither here nor there. The graphics are mediocre, and there’s very little in the way of detail or anything to really make the slot pop which is a bit of a shame, but it’s not offensive either so I don’t many people will really mind. You have 5 reels in total with 3 rows offering a grand total of 20 paylines. That’s not the most we’ve ever seen, but it’s alright. All you need to do is get a win from left to right using the base symbols. These are as follows, ranked in ascending order based on their value:

There’s a wild symbol too, shown as a diamond, which will substitute for all other symbols in a winning combination apart from the scatter symbol. 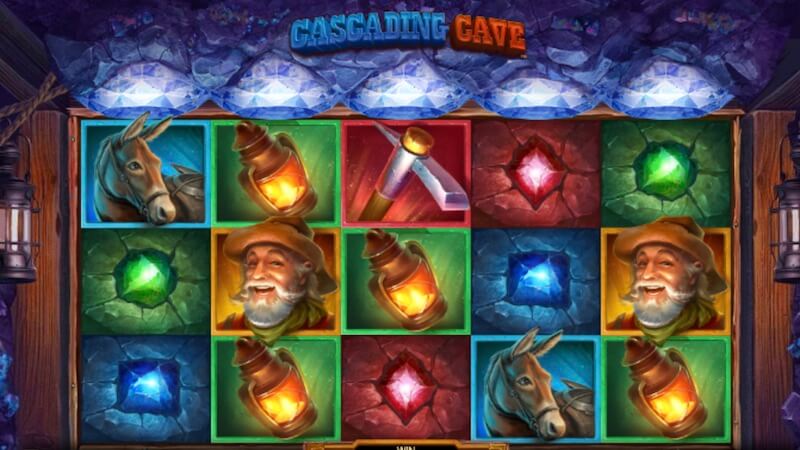 Collapsing Reels. This is just another name for the avalanche feature, or cascading reels etc… Essentially, all symbols that form part of a win will be destroyed so that new ones can fall in, all within the same spin. If these new symbols form a win, then the same happens again.

Diamond Drop. To trigger this bonus, you need to land 2 or 3 scatter symbols anywhere on the reels at the same time. Landing 2 scatter symbols will trigger 2 reels, while landing 3 will trigger 3 reels. What does a triggered reel do you ask? Well, on the diamonds above these reels, numbers will appear showing you how many multiplier wilds will collapse down on that particular reel after a win. Up to 3 wild symbols can collapse down, and the multipliers associated to these can be of either 2x, 3x or 5x value, multiplying any win they form by this amount. 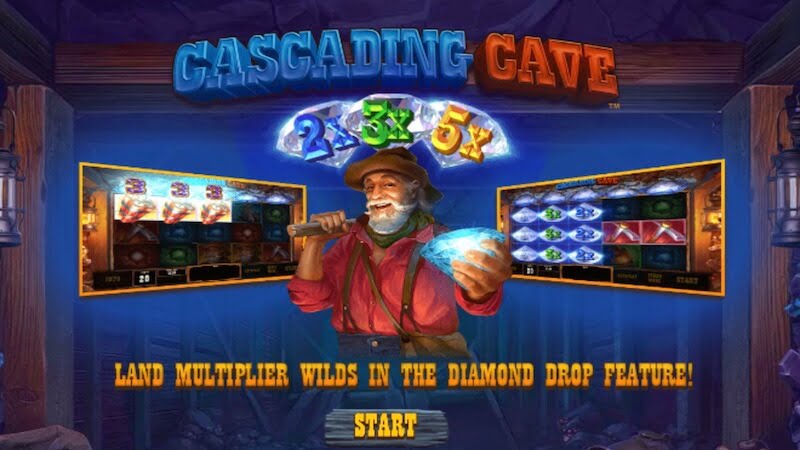 Playtech have created a fairly simple but at the same time original game with Cascading Cave slot. We’ve seen quite a few ways the developers have tried to use the avalanche feature, or as it’s named here the collapsing reels feature, but I don’t think I’ve seen anything quite like this before. Have 3 triggered reels rather than 2 is much more valuable, and a good combination of multiplier wilds can generate some very nice wins. However, this doesn’t happen all that often and unfortunately there are no other features in the game to look forward to and I think that’s the main drawback of this slot. It’s highly volatile and when those big wins don’t come in, nothing much really happens other than your money just whittles away. I think it’s a shame as it’s a nice idea, but the execution isn’t quite right and more needs to be done to make this game great. It’s not one for me, but you may still enjoy it. You can check out some of their other slots here too. 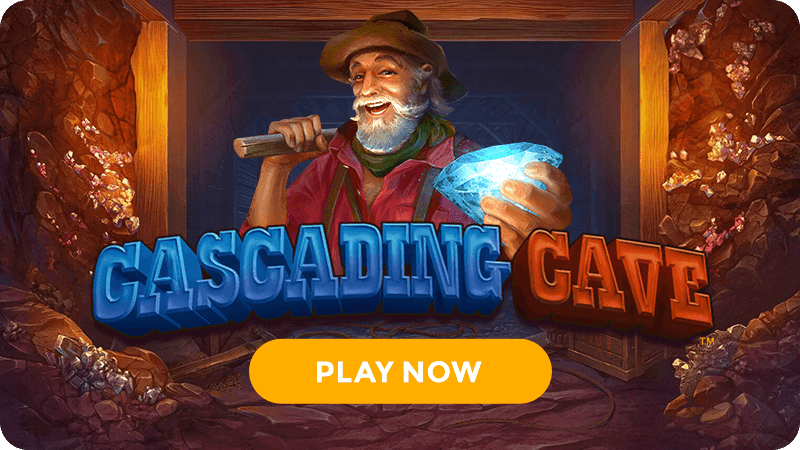