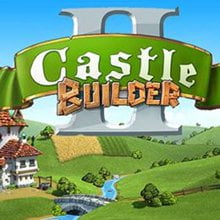 The Castle Builder slot is a truly unique experience with a 5-reel slot game at its core, and a progressive castle building game as a real treat for all players who like similar MMOG games. The graphics are superb, and this is a fantastic slot playing experience that can be profitable too, as the Castle Builder slot has low variance and high payout. Castle Builder was released by the small game developer Rabcat in 2013 and was nominated for EGR Game of the Year as it bridged the gap between gambling and online gaming, the latest version; Castle Builder 2 follows on from the original, with grander castles and more complex tasks for players to complete and progress through.

On the Castle Builder slot, you spin the reels the way you normally would, but the most important symbols that can land on the reels are the Building symbols. They come as Standard, Bronze, Silver and Gold and they move the castle building progress bar forward. The more noble metal symbols you land, the higher the construction value of your castle upon completion.

There are three territories you build castles in, with 10 castles each. After completing these 30 castles you’ll start getting premium castles which are more difficult to build, but aren’t necessarily more profitable for the player than the starting levels. After completing the Castle Builder slot, you go back to where you started. 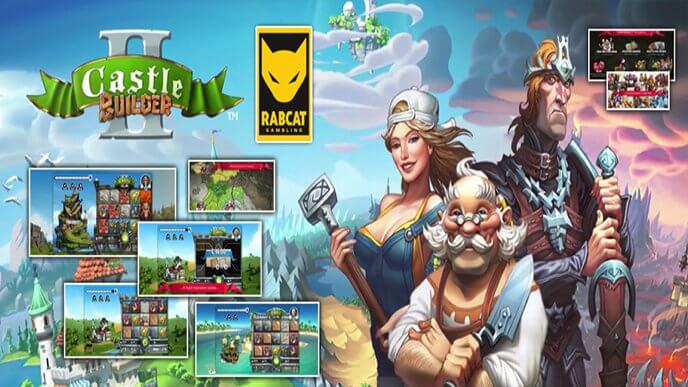 After each castle is completed, you’ll have to pick a suitor for the king’s heir that will reside in the castle among the three offered. Each of the three suitors will hold a coin prize which you kept track of underneath the progress bar during the castle construction phase. Your success in the game will greatly depend on whether you choose the best prize or not, as if you constantly pick the lowest value prize, that won’t be enough to keep you going. However, it’s very difficult to lose money on the Castle Builder slot as the game will keep your balance around zero or in positive most of the time.

The slot also awards you levels such as Master builder, Supreme Master Builder, Architect etc., with a badge to go with it, again indicating that this game draws heavily from modern MMOGs. Everything about the Castle Builder slot has high production value, better than most MMOGs, and it’s indeed a great playing experience.

The base game isn’t rewarding and there are no big wins there, it’s a losing game and it’s just a question of whether you’ll lose less or more while you’re completing the castle, and whether you’ll be able to get back to positive by choosing one of the three coin prizes. Most of the time this will be possible, but it seems the game becomes less profitable for the player as it goes on, it’s more difficult to win back the money on higher levels of the game as the castles take a longer time to build.

Theoretical payout of the Castle Builder slot is 96.47% and that’s really good for such a fun experience, so Castle Builder has a double role as a profitable slot game as well as being a fun and visually impressive MMOG game. Every slot player should therefore play this game at least once, whether it is for the possibility of making money, or to experience the castle building game that’s so well made.