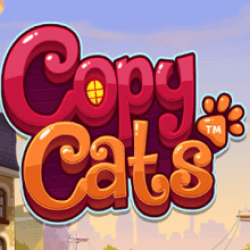 Copy Cats slot from Netent is a fun, very colourful game centred around, you guessed it, cats. It looks like Netent have gone for a theme here where the characters are a mixture of cute,big-eyed cats and a cool, confident Topcat-like cat which is interesting to say the least. Either way, this is definitely a game for a cat person and not a dog person so bare that in mind. Aside from the theme though, one of the main attractions here is the Copy Cat feature which is pretty interesting and fairly original although does bare a resemblance to other features that we’ve seen on other slots.

When it comes to the design and graphics the game really stands out. It’s one of the most colourful slots we’ve ever seen but I actually think that, coupled with the cuteness factor the game is trying to present, it might be a bit too much for some people, a bit too feminine maybe. But you can’t argue with the fact that the graphics are great and the whole design really stands out. One thing that people will surely like about the game though is the RTP of 96.76% which is a bit higher than average and more than satisfactory for most players. The basic gameplay is pretty standard, set on a 5×3 layout with 25 pay lines. The aim of the game is to get a winning combination using the base symbols to form a winning combination from left to right to win either cash of a bonus which I’ll come onto shortly. The base symbols are listed as follows, ranked in ascending order based on their value:

As well at these base symbol, you also have a Wild symbol in the form of a golden cat playing with a ball of wool which substitutes for all other base symbols in a winning combination. 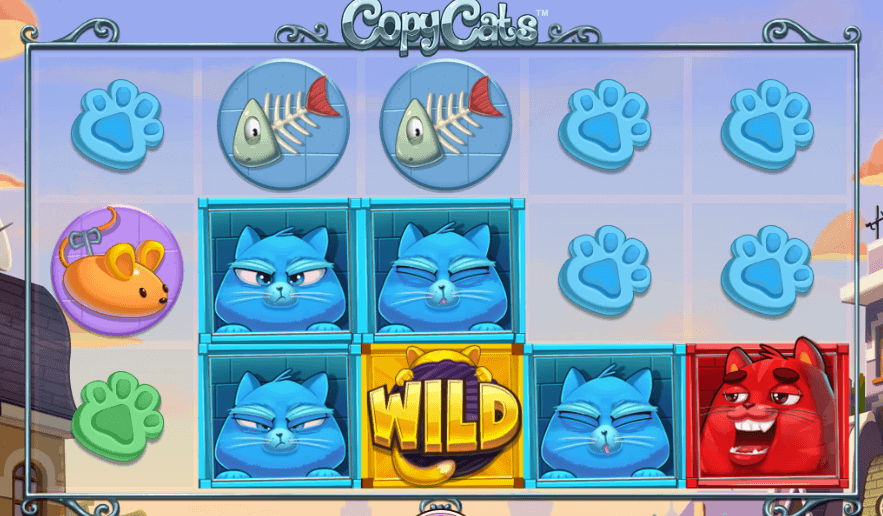 Copy Cats Feature. If any of the Cat symbols, including the Wild symbol, appears fully stacked (fills all positions) on reel 1 then this will activate the Copy Cats feature, turning all Cat symbols on reels 2, 3, 4 and 5 into the same symbol as the cat which activated the feature in the first place. This also holds true for the Wild symbol which could let to a large number of wins, but the Red Cat symbol is, of course, the most valuable and could prove to be the most rewarding. At the beginning of the next spin, all Cat symbols will revert back to their original state. 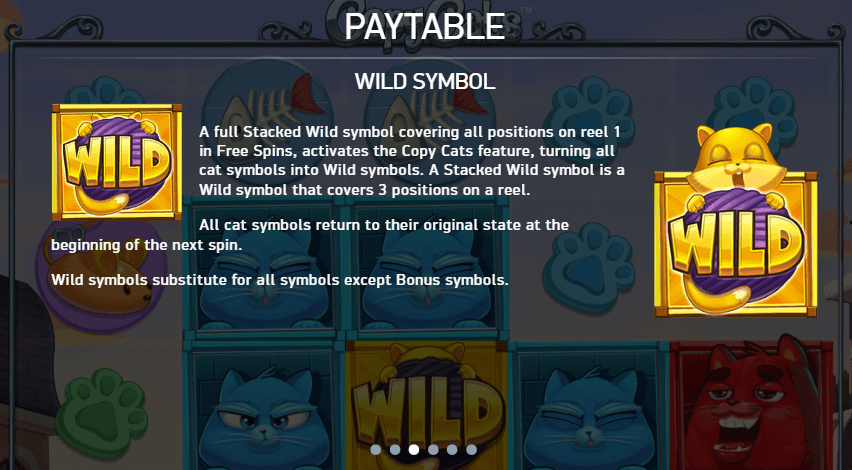 I think most of the appeal of Copy Cats slot from Netent will come from the design and possible the Copy Cats feature which sounds like it could be very rewarding. However, the highest value symbol, the Red Cat, doesn’t provide a huge payout even for 5 in a row which is quite disappointing. The biggest payout for this game is pretty low and there aren’t that many features to provide consistent winnings either as a low variance slot. The Free Spins Bonus is very standard, and while it’s nice to see the ability to retrigger it especially with the same number of free spins, you still only get 10 and frankly it’s just not as rewarding as others that we’ve seen. All in all then, Netent have done an OK job here with Copy Cats slot but nothing that really stands out and they have much better slots on offer such as Jumanji slot which I highly recommend you check out.