Davinci Diamonds Masterworks slot is the latest instalment of the Davinci franchise from IGT and has become very popular since its release for good reason. The previous version was also a big hit, and while there are certainly a lot of similarities between the 2, this version ups the game even further.

The one thing I don’t really like about this slot is the way it looks. I think the theme is great and definitely original with the way it uses famous paintings, but I’m just not a fan of the design. I know many people are so it might just be me, but I find it quite boring. The gameplay is what makes this slot special though, and to start you just need to spin the reels to get a winning combination from left to right using the following base symbols which I’ve listed in ascending order based on their value for you:

As with almost every other slot, there’s a Wild symbol which will substitute for all other symbols in a winning combination apart from the Bonus symbol. 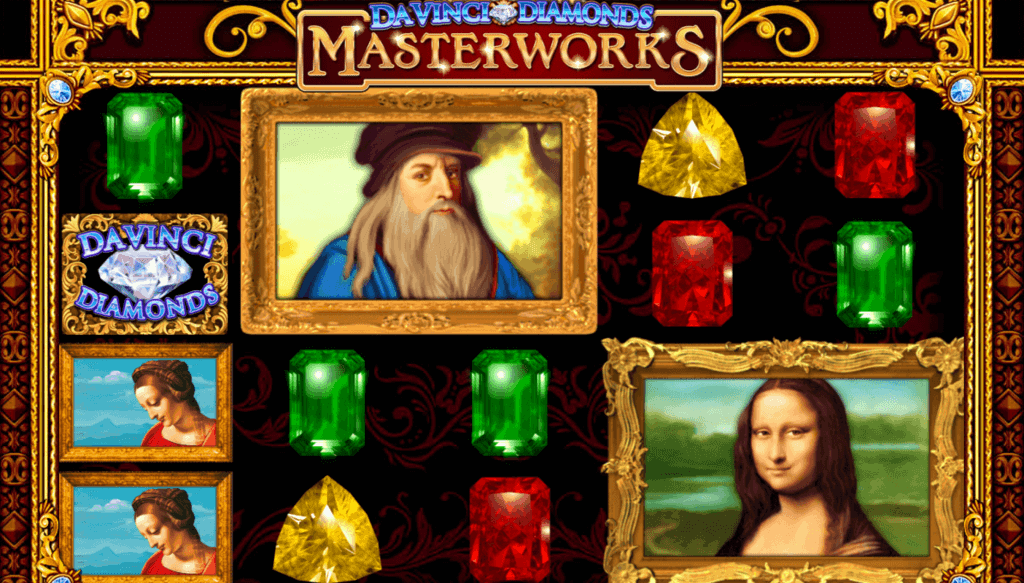 Tumbling Reels Feature. Every time you get a win, the wins are evaluated and added to the win meter, with all symbols that were part of the win disappearing. The same goes for a Giant symbol (see below), which will also disappear entirely. New symbols from above will fall into the empty gaps (tumbling in, if you like). Again, any new wins will be added to the meter and more symbols will tumble down until no more wins occur. If the symbols that disappear do so beneath a Giant symbol such that it cannot fall down, a Wild symbol will fall down instead to fill in the gaps and give you a better chance of getting a win.

3 Bonus symbols appearing during the free spins will award you with another 3 free spins, and on the last spin another 1 to 6 free spins may be awarded, but this can only happen once. 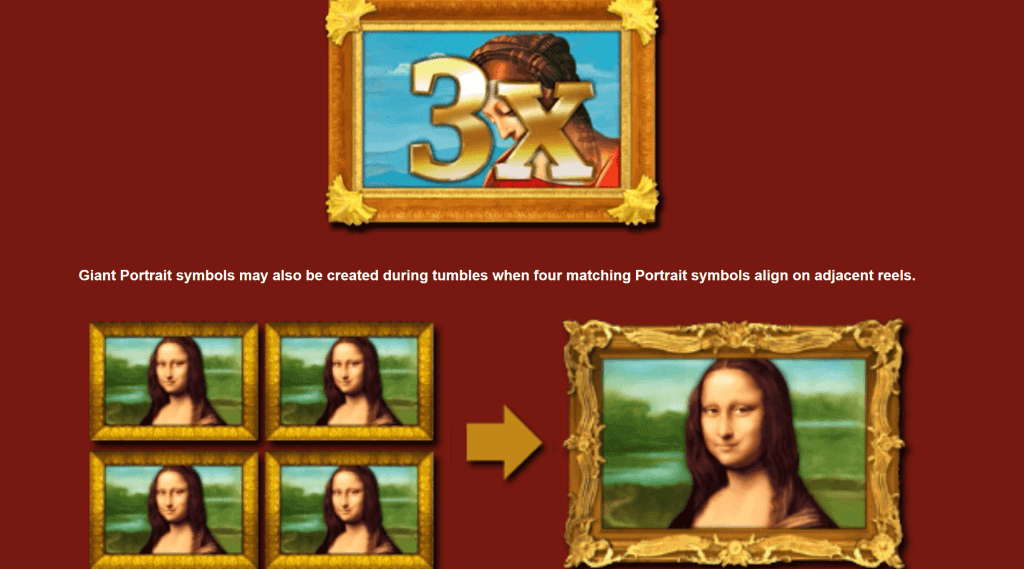 Davinci Diamonds Masterworks slot has become a very popular game from IGT, just like its predecessor. There are certainly a lot of similarities between the 2, but this new addition is more exciting in my opinion. I really like a lot of the features here, and the free spins can be quite rewarding especially if you manage to get quite a few of them. You can win up to almost 1000x your bet on every spin with sufficient multipliers so you could walk away with some nice profits. The base game is medium variance so expect lower payouts but they should come about quite regularly. Overall, it’s a great game that if you haven’t tried already, you really should.