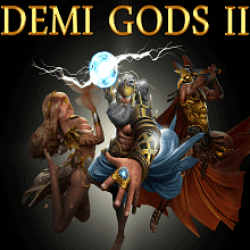 Demi Gods 2 slot is a new slot from Spinomenal, perhaps not one of the most recognized software developers but not complete new kids on the block either. This time they’re bringing you a game based on the fairly common God theme although it’s not quite clear who these Demi Gods are. To be honest, I get the feeling here that the whole theme doesn’t really have a purpose, it’s just a collection of characters and designs that Spinomenal thought would be popular and have been grouped together, unlike Thunderstruck II slot for example which much more closely follows Nordic mythology. I don’t want to criticize this too much as it doesn’t really affect the gameplay, I just think more could have been done with the theme as a whole.

More importantly though, how does Demi Gods 2 slot look? Initially upon loading the game I thought the graphics looked terrible, almost 20 years old as they were very pixelated. However, when you arrive at the main screen with the reels it actually looks pretty impressive with a great amount of detail especially with the characters themselves. It might not be revolutionary or anything like that, but it’s definitely pretty solid. I think they could have done more with the backdrop than just clouds, but now I’m just nit-picking. What you’re probably wondering is how the game actually plays though and that’s where things get a bit more interesting. Unfortunately, there’s just your standard 5×3 layout but with 50 pay lines that’s more than you often see with this kind of setup. To play the game, of course, you need to get a winning combination from left to right using the base symbols and try and win instant rewards or play for them in bonus rounds. These base symbols are listed as follows, ranked in ascending order based on their value:

What’s more, there’s also a Wild symbol which substitutes for all other symbols in a winning combination apart from the Bonus symbol. If there are 5 Wild symbols on a pay line then the line will be multiplied by 150x your bet. 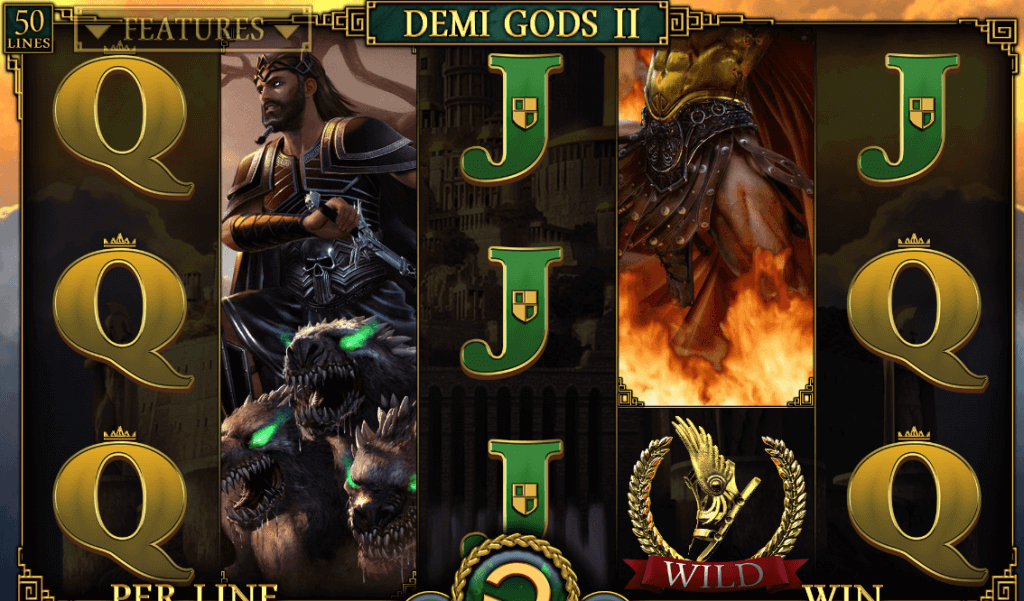 Win Multiplier. At any point while the reels are spinning during the base game, a win multiplier could appear and multiplier a win on that round by either 2x or 3x.

Free Spins Journey. This is triggered by 3 or more Free Spins symbols scattered on the screen. What’s nice to see here though is that there are 4 different free spins rounds and you will play the next one each time, completely a journey of free spins if you like. The different rounds are as follows: 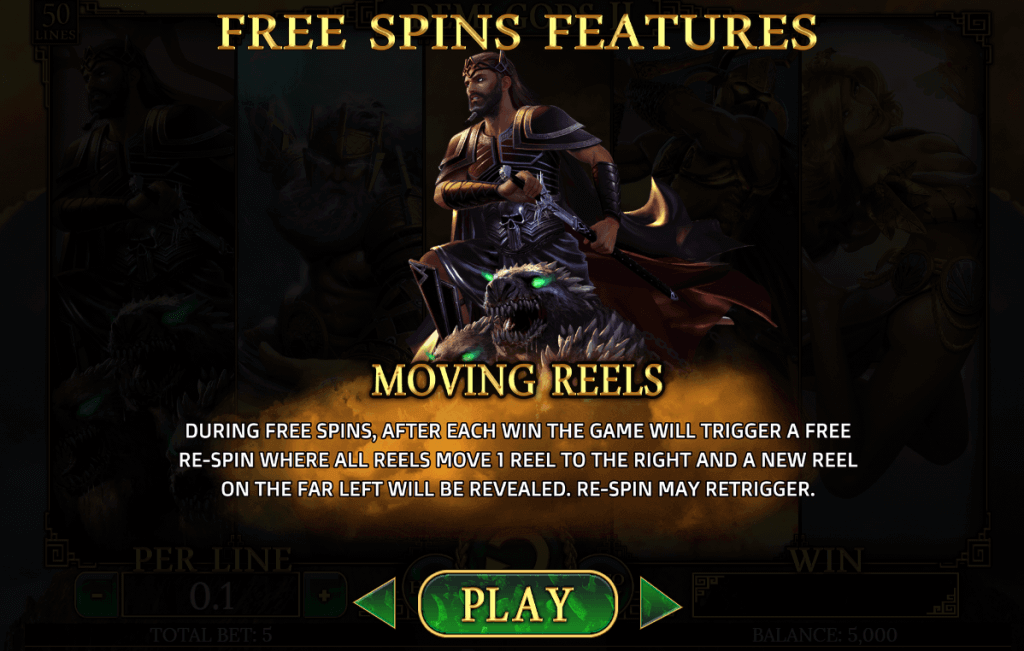 Demi Gods 2 slot from Spinomenal is certainly quite interesting but not necessarily in a good way. To me, it kind of feels unfinished. For one, there’s a typo in the rules section of the game which even though it sounds like a tiny problem just goes to show the lack of time put in here. The theme is a bit disjointed and even though the graphics are pretty good, it’s not very exciting. And then when it comes to the gameplay the Free Spins Bonus rounds just seem a little bit naff. They’re not terrible, but they’re all pretty similar and not very exciting or engaging. The slot can be fairly profitable and with an RTP of 95% it’s not that bad but it’s got nothing to really draw you in and I can’t say I can highly recommend it as there are just so many other slots that offer more.