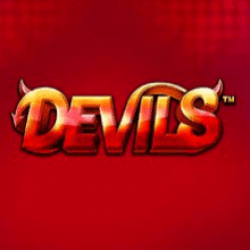 Devils slot is brought to you by Stake Logic Software, a company we don’t see too much from but are more than capable of making a great game. What they’ve done here with Devils slot is design a game which is very simple to play but able to provide some good rewards with the pay lines valid in both directions, something that we very seldom see. I think this is a great idea as it helps Devils slot to really stand out from the crowd with its unique gameplay but of course it doesn’t stop there.

Taking a look at the design, we have a nice simple patterned backdrop with very bright and vibrant symbols on top with a nice little animation to help bring the game to life and reminds me a bit of Super Fruits Wild slot although far more colourful. These symbols are based on the old traditional symbols like fruits and red sevens, only this time they’ve got an evil side to them. As the name suggests, this is a Devilish game and with symbols like the Devil Bell and overall red theme you can see why. It’s a nice idea that’s both simple but original. Moving on to the actual gameplay, things are fairly simple here especially with just 10 pay lines. While that might not sound like a lot, the fact that pays come from left to right AND right to left makes a big difference and is a great way to change things up. The RTP here is 95.57% which is fairly standard but a little on the low-side for some. This is a high variance slot so you should expect some periods of earning very little but then expect some bigger rewards. To play the game you must spin the reels and try and get a winning combination using the base symbols in both directions. These base symbols are as follows, ranked in ascending order based on their value:

As you would expect there is a Wild symbol which takes the form of a Devil Bell and appears only on reels 2, 3 and 4, substituting for all other symbols. This symbol, however, expands when it lands on the reels to cover the whole reel. The Wild reel freezes once it expands and triggers a respin on the other reels for some extra wins. It’s nice to see something a bit more unique done here compared to most other slots. 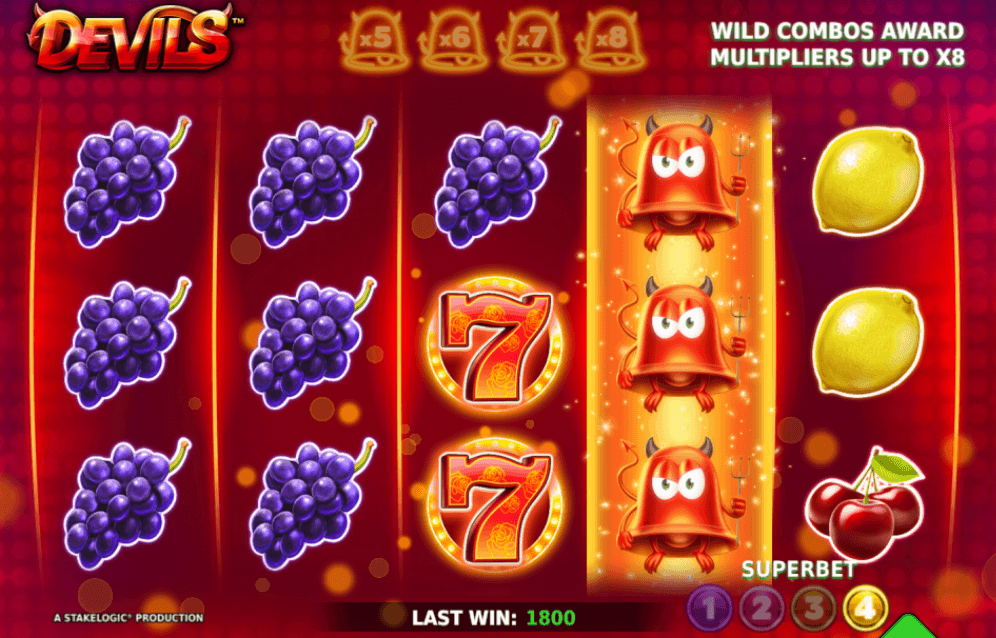 Random Wild Multiplier. A winning combination that includes a Wild symbol will give you a Random Wild Multiplier with a value of 1x up to 8x depending on your bet level, only being active at bet levels 2, 3 and 4. It’s also worth noting that if you’re giving a free spins following on from a Wild appearing, the multiplier value awarded on that spin is also applied to the free spin.

Bet Level 1. This is the basic bet level, shown as a Super Bet on the bottom right of the screen with the number 1 highlighted, and does not award Random Multipliers.

Bet Level 2. This is the lowest level that does award a Random Multiplier when you land a winning combination that includes a Wild symbol. The possible multipliers are 1x, 2x, 3x and 4x, and the cost of this Bet Level is double that of Bet Level 1.

Bet Level 3. This also awards a Random Multiplier which could be of that value of 3x, 4x, 5x and 6, costing 3x that of Bet Level 1.

Bet Level 4. The highest Bet Level which awards a possible multiplier of 5x, 6x, 7x and 8x, costing 4x that of Bet Level 1. 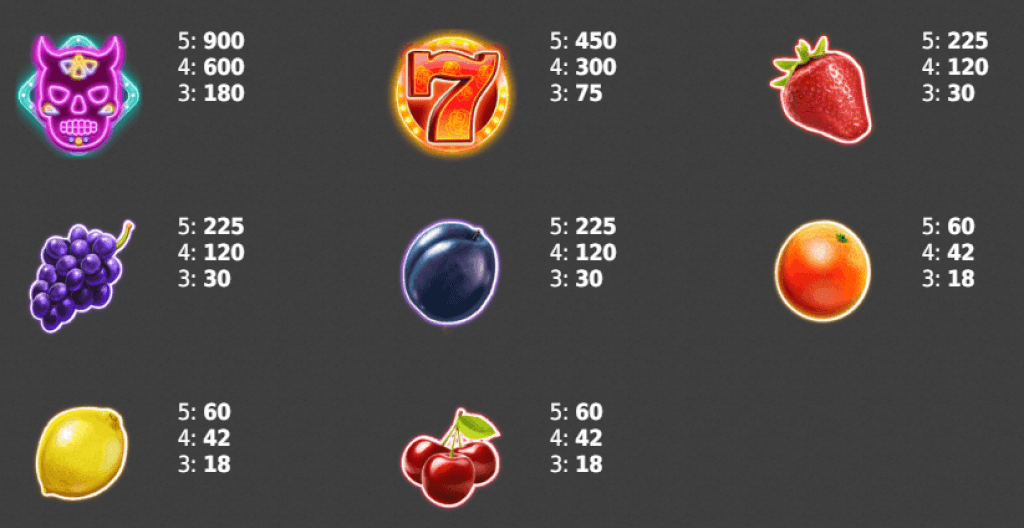 That’s about all you need to know when it comes to Devils slot. You can see that this slot is different from the ones you typically see from the mainstream software developers like Netent, SG Gaming and others. There’s really only one bonus if you like and that’s the way the Wild symbol works. The Random Multiplier and Bet Levels really just change the value of a winning combination in your favour but of course cost more. That being said, if you’re only looking at playing this game on Bet Level 1 you’re really just playing a very basic slot with an OK RTP and you’d be better off going elsewhere. That’s not to say I don’t like this slot, in fact, I think it’s great. The design is brilliant and the graphics are superb, and the gameplay is refreshingly different. Remember that this is a high variance slot and wins won’t come around all the time, but when they do they can be fairly substantial with pay lines going in both directions. In all, a good game from Stake Logicthat won’t appeal to everyone a great choice for those who like high variance slots.