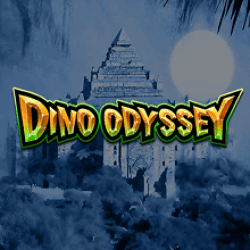 Dino Odyssey slot is a new slot from Kalamba Games that has a lot going for that sets it out from the crowd. Kalamba Games aren’t the biggest name in the world of software developers, but they have some interesting titles including the recently reviewed Mammoth Chase slot which was released at the same time and has a similar design but with different features.
Speaking of design, the graphics are pretty basic here but they are clear and don’t look too bad. What you will notice though is the unusual 3x4x4x4x3 layout, something you don’t often see. I think it’s nice to see a change from the usual 5×3 layout and with 50 paylines it’s not bad either. To play the game you must spin the reels and try to land a winning combination using the base symbols from left to right, a mixture of basic shapes and dinosaurs. These base symbols are listed as follows, ranked in ascending order based on their value:

Furthermore, there are Wild symbols in this game which all function slightly differently. Firstly, there’s the Wild Diamond symbol which is portrayed as a big footprint on a yellow background. This substitutes for all symbols in a winning combination apart from the Bonus, Green Crystal, Bonus Green Crystal and Amber symbols. It’s also the most valuable symbol when in a combination of 3, 4 or 5 on a payline. You also have a Fully Stacked Wild symbol which works in exactly the same way as the Wild Diamond symbol but fills an entire reel giving you a great chance of getting a win. And finally, there’s the Amber symbol which is shown as a crystallized insect on a yellow background, substituting for all other symbols in a winning combination apart from the Green Crystal and Bonus Green Crystal symbols. 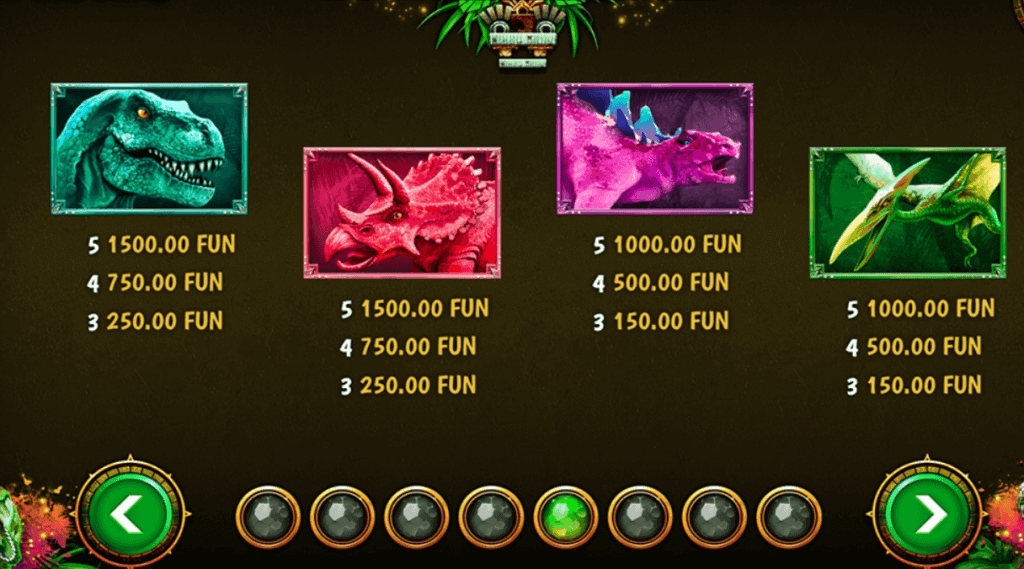 Free Spins Bonus. This is awarded when 3 Bonus symbols lands scattered across the reels at any one time. In addition to being granted the bonus, you will also be awarded a value equal to that of the T-Rex. You will initially be offered 10 free spins. During these, you can collect Amber symbols which turn the entire of reels 2, 3 and 4 Wild giving you a much better chance of a winning combination. Furthermore, if you manage to collect any Egg symbols you will be given additional free spins. 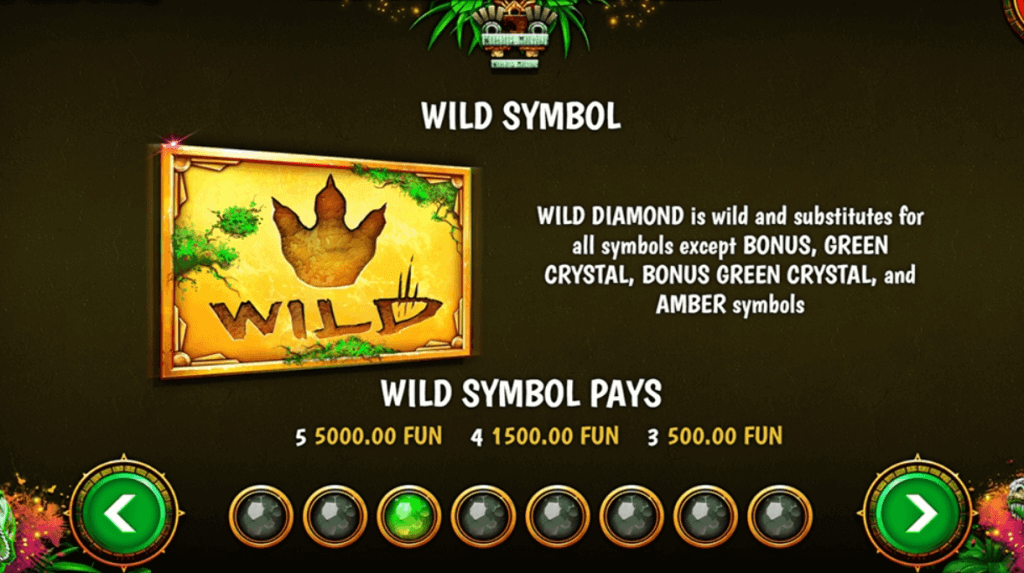 Dino Odyssey slot is actually a pretty fun game that has a few nice little quirks that really help it to stand out from so many of its competitors. These are mostly in the way the game actually plays rather than the theme and design, which although I think looks pretty good and reminds me of Jurrasic Park, it doesn’t really stand out too much apart from the reel layout. The gameplay, in particular the features, however, certainly do but in quite a simple way so you can easily pick it up. For one, it’s nice to get a reward as well as be offered a bonus as with the Free Spins Bonus, which can also offer you a nice number of fully stacked Wild symbols. It’s also cool to have a Bonus meter which can offer some pretty nice rewards when it gets going. The only other thing I would have liked to have seen would be another small in-game bonus just to mix things up a bit more. But overall, Dino Odyssey slot from Kalamba Games is a very solid option that should suit most players.