Dinosaur Kingdom slot is a new game from Edict (Merkur Gaming) and as you might have guessed, it’s all about dinosaurs. We’ve seen this theme quite a few times in the past, so to stand out I think it’s important to have some pretty good graphics and a nice design. Unfortunately, I can’t really say I’m too impressed with how this game looks, the graphics are mediocre and the design is very basic. However, I do appreciate that smaller software developers can’t often produce the best visuals in the industry for obvious reasons, so I don’t want to be too harsh here. What matters is the performance.

The features here are what are going to give you the biggest rewards, and I’ll come onto them shortly. The base game has a 5×3 reel layout with 20 paylines and an RTP of 96.95%, so all fairly standard there. What you need to do to play is spin the reels to try and get a winning combination from left to right using the base symbols which are as follows, ranked in ascending order based on their value: 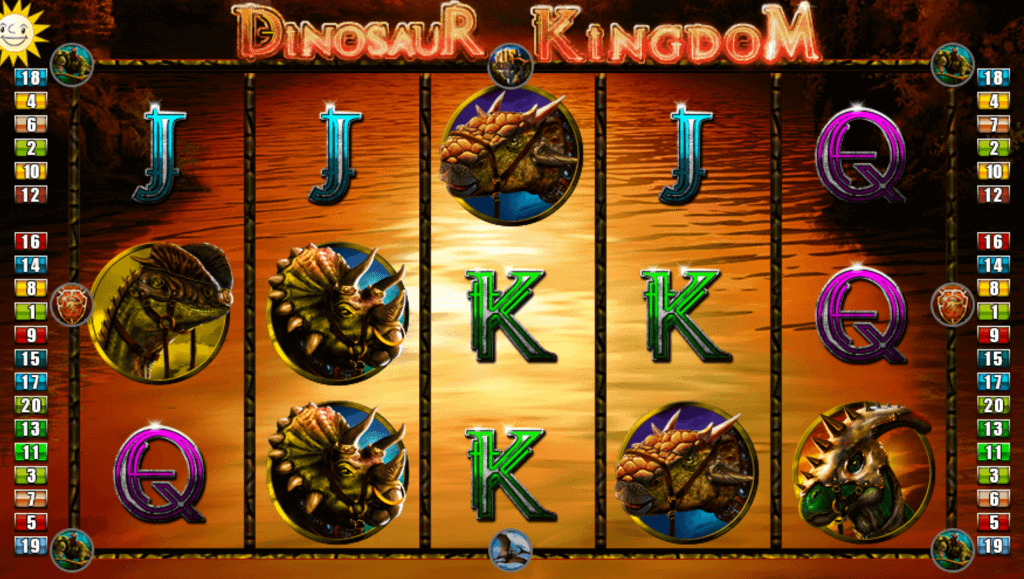 Dinosaur Kingdom slot also features several Wild symbols compared to the more common one, and also a Scatter symbol which I’ll come onto shortly. Each Wild symbol has its own properties as described as follows:

Gamble Feature. Like many slots, Dinosaur Kingdom slot does allow you to gamble your winnings if you so choose by selecting the gamble button. You will have to match the colour of cards to double your winnings, or risk losing them all. 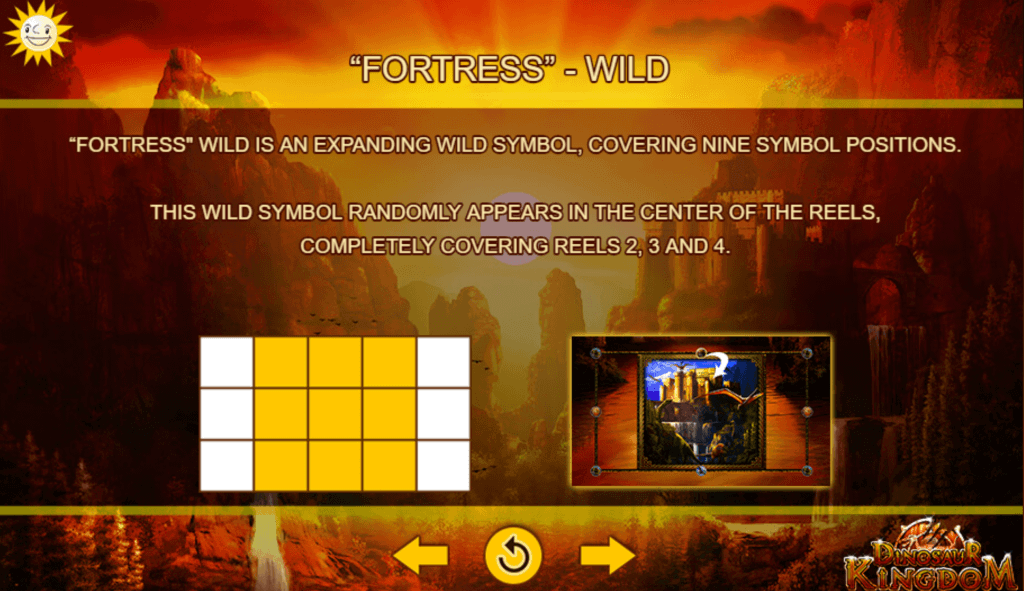 Dinosaur Kingdom slot didn’t really impress me with its visuals, but I did find the features of interest which is why I decided to take a look. There are a good variation of Wild symbols here, some being more valuable than others, and I think it’s nice to get a bit of variation here. The Free Spins Bonus is a little disappointing. I think Edict could have done more here to improve payouts such as offer a better multiplier or additional Wilds, for example. I just think the game as a whole has a few nice ideas but in reality, they don’t really translate to a fun or especially rewarding game. If you want to check it out, head over to Casumo now to use our special offer.