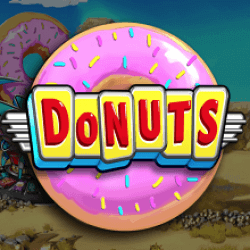 Donuts slot comes to you from Big Time Gaming, the same developer to bring you slots including the recently reviewed Book of Goods slot. This time they’ve gone with a very simple theme based on one of the greatest inventions of all time, the doughnut (or donut as the Americans call it). These delicious treats are an excellent subject for a slot theme because let’s face it, who doesn’t like doughnuts? Now I will agree with you, it’s pretty simple but surprisingly effective and obviously, the main thing about a good slot is the gameplay and it features so I’ll come onto those shortly.

In terms of how Donuts slot looks though, apart from just making you hungry it actually looks pretty good. The graphics aren’t the best we’ve ever seen but they’re certainly sufficient and help you focus on the actual gameplay; that is if you can stop looking at the large donut right on the left which looks like it’s been taken out of The Simpsons. What we have here is a fairly uncommon 4×4 layout which is quite nice to see compared to all the other 5×3 and maybe 5×4 layouts. It also comes with 243 ways to win and a fairly good RTP of 96.54%. The basic aim of the game is to win money or bonuses by getting a winning combination using the base symbols from left to right. These base symbols are listed as follows, ranked in ascending order based on their value:

As you’d expect, there’s also a Wild symbol which substitutes for all other symbols in a winning combination apart from the Scatter symbol. The Wild symbol appears only on reel 2 and 4. 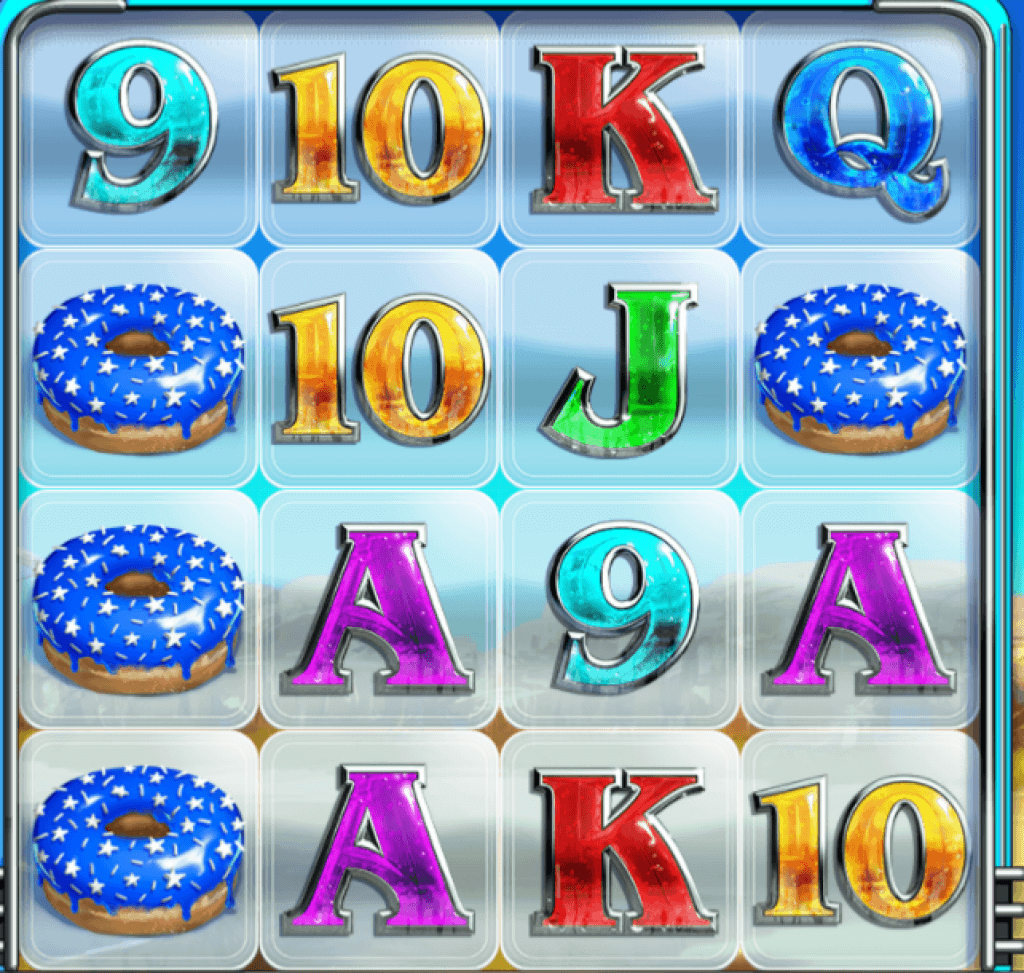 Bonus Round. The main centerpiece of Donuts slot is the bonus round. This is triggered by 3 or 4 Scatter symbols, portrayed as a large golden doughnut. You will be awarded 12 or 20 free spins depending on whether you get 3 or 4 symbols, respectively. At the start of the bonus, you will be presented with 16 different reels, each of which can show you either a Gold Doughnut symbol or a blank space. You’ll also notice the countdown starts at 3. For every Gold Doughnut, you will increase the free spins multiplier between 1x and 50x as well as resetting the countdown to 3. The multiplier will be applied to all wins during the free spins. Once the countdown reaches zero, your free spins which were determined by the number of Scatter symbols that triggered the bonus will begin. During the free spins, you actually have a chance to retrigger the bonus with just 2 symbols giving you 10 free spins, 3 giving you 20 and 4 giving you a whopping 30 extra free spins. The best thing is that these can be retriggered over and over again with no limit.

Boxes. This is a fun little feature where doughnut boxes can appear and open up to give you up to 4 doughnut symbols or a Wild with a multiplier of 2x, 3x or 4x associated to it. This feature does not appear during the free games. 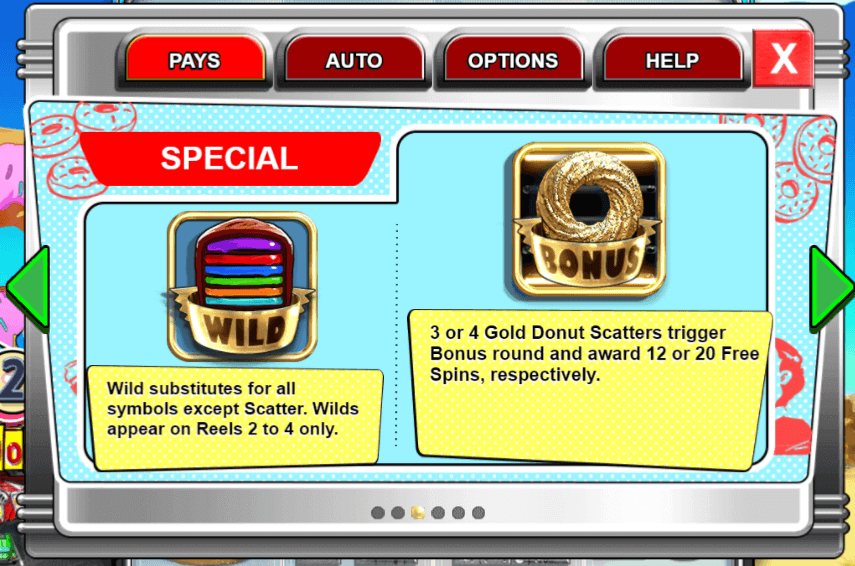 Personally, I think Donuts slot is a brilliant game and definitely a lot of fun to play. It’s funny how such a simple theme can work so well, so many slots try and come up with whacky and original themes, or just stick with boring and overused themes but all you need to do is pick something everyone likes and make a slot out of it, apparently. The gameplay here is really good as well actually, there’s a nice little feature that occurs during the base game to keep things interesting, and there’s a very in-depth bonus feature that can prove to be very rewarding if played with a nice multiplier and lots of free spins. The design of the slot is nice as well, the graphics could be better but that’s a pretty minor point all things considered. So if you can’t tell already, I really recommend trying this slot out from Big Time Gaming.