Dreamzone slot is the latest cluster-pays slot from Elk Studios who are becoming specialists in the cluster-slot industry. This time they’ve gone for a lower-variance game (not too low mind), with maximum wins up to 2,500x your stake. Pays are made each time you get a cluster of 3 or more symbols, meaning they must touch. Doing so will give you a reward depending on the symbol. The symbols in this game are as follows, ranked in ascending order based on their value: 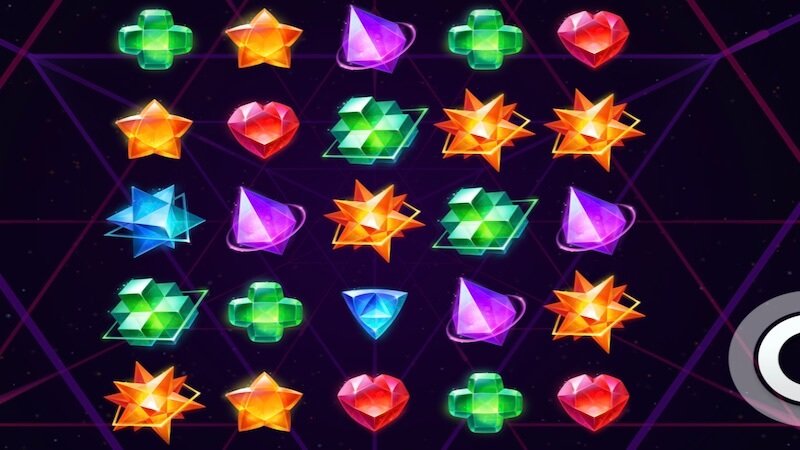 Avalanche. This game uses cluster wins so it’s not surprising to see the avalanche feature in play here. You’re probably familiar with it already, but if not it works like this. Any winning symbols are removed from the screen after paying out, with new symbols falling in from above in the same spin to give you a chance of more wins.

Dream Features. In order to keep the avalanche going, there are several small features you can collect. There are:

Bonus Drops. The main bonus of the game is triggered when you remove all symbols from the screen. This works in levels, with a new level reached each time you clear the grid. Each level has a multiplier associated to it, starting at 2x and increasing by 2x for each new level. 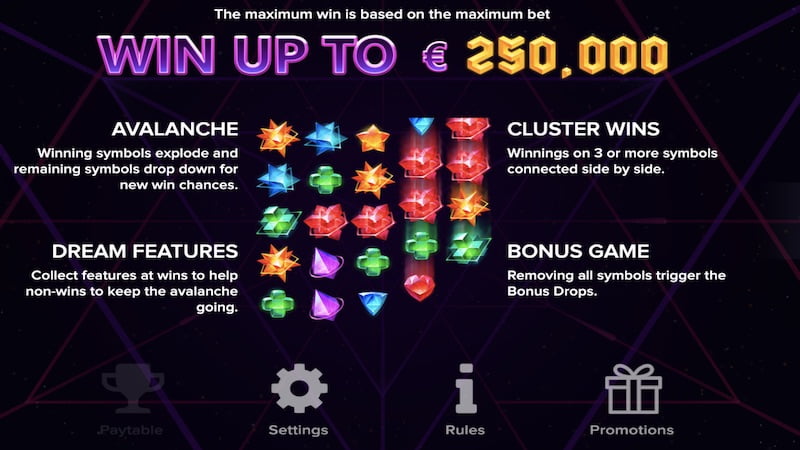 Dreamzone slot from Elk Studios is another one of the cluster game slots that they’re really starting to get good at. They’ve released quite a few recently that have proved popular and for good reason. Cluster slots often prove popular and when combined with good multipliers, they can work really well. Here, the base game doesn’t actually give you any multipliers, nor do any single cluster wins, but clearing the grid can lead to big multipliers during the bonus drop and that’s where some big rewards can be had. It’s not that high variance so don’t expect anything crazy, but the payouts tend to be consistent and substantial which is a nice change. If that’s your kind of thing, this slot could well be for you. For bigger rewards, you might want to try some of their other slots here. 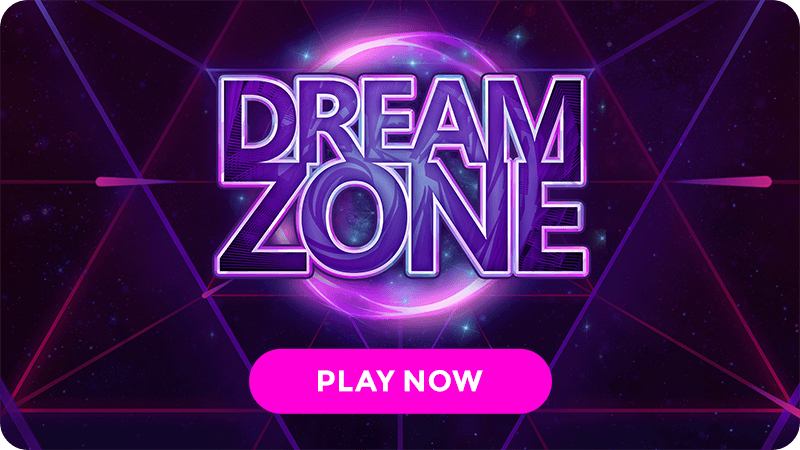 A Well-Executed Slot From Elk Studios