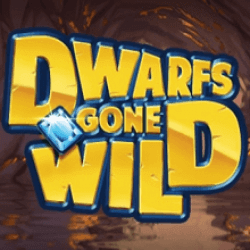 Dwarfs Gone Wild slot is a game that stays true to its name. It’s loosely based on Snow White and the 7 Dwarfs (OK, maybe heavily based on it seeing as the main character is actually called Snow White), but here we have 7 slightly odd Dwarfs who really do look like they’ve gone wild. And this extends to the gameplay as well, where we have a really cool and unique bonus centered around each dwarf, but I’ll come onto that later.

In terms of how Dwarfs Gone Wild slot looks, I’m pretty impressed actually with what Quickspin have done here. We’ve come to expect quite a lot from them in this department based on previous slots like Wild Chase slot, and they’ve continued to impress us here. But for me, and for most people, the gameplay is what really matters. Initially, it might not look that exciting, with just a 5×3 layout and 20 paylines but it’s the bonuses that make the game so interesting. How do you get to play these? First, you need to spin the reels to get land some scatter symbols or get a winning combination to earn some instant rewards using the base symbols from left to right. These are ranked in ascending order as follows: 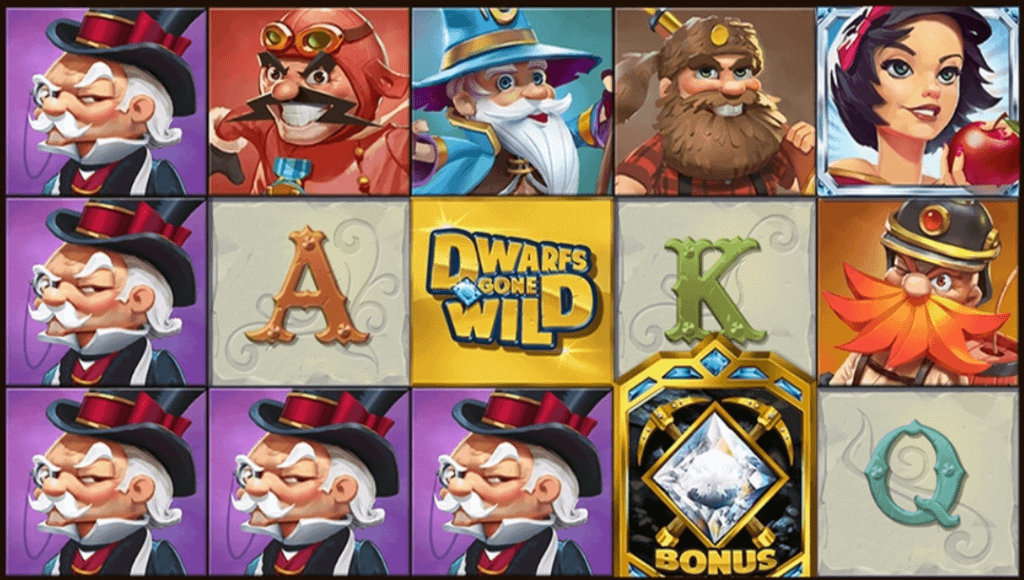 Dwarfs Gone Wild slot from Quickspin is in many ways an excellent slot. It has a really unique bonus that ties in really nicely with the theme, as of course there are 7 dwarfs. Most of the Dwarfs offer you a bonus round relating to a Wild symbol which can be quite rewarding or could offer very little. In order to really get the most out of this, you need quite a few Golden Minecarts but unfortunately, you shouldn’t expect to get 7 all the time. The other main bonus, of course, is the Magic Mirror Bonus which adds more of the valuable Snow White symbol and awards 2 re-spins. This can be pretty good, I only wish they included another small in-game bonus to mix things up a bit more. As I already mentioned, I do like the design and the gameplay is good just not especially rewarding, but overall this is a solid slot that should suit those with a smaller budget looking for a lower variance slot.

Quickspin|Slots|snow white and the seven dwarfs