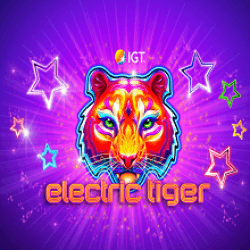 Electric Tiger slot is a new game from IGT that has some really innovative features that can certainly make you a lot of money. The slot as a whole is very simple, from the layout to even the bonuses there’s nothing too complicated going on here which is actually quite refreshing sometimes and lets you focus on the actual gameplay. The theme is clearly a retro one centered around an electric tiger for some bizarre reason, but actually it kind of works and there’s certainly no complaints from me here. It reminds me a lot of Fruits Gone Wild slot from Stake Logic.

Moving on to the actual gameplay then, Electric Tiger slot has your standard 5×3 layout with an RTP up to 96.25% which isn’t that bad. There are just 15 paylines, but what’s most interesting about this game are the features themselves. Before I come onto these, to play the game you simply have to spin the reels in order to get a winning combination from left to right using the base symbol. These base symbols are listed as follows, ranked in ascending order based on their value:

The Wild symbol is portrayed by a tiger and substitutes for all other symbols apart from the Bonus symbols in a winning combination as well as being the most valuable symbol but only for a row of 5; anything under does not constitute a pay. The best thing about this symbol though is the fact that when it lands on a reel, it will automatically fill up the entire reel with Wilds, giving you a great chance to get some more winning combinations and earn extra money. Naturally, you can expect this symbol to turn up less frequently than other Wild symbols in other slots which is, of course, the downside but I think it’s refreshing to see something different here in how this very common symbol actually works. 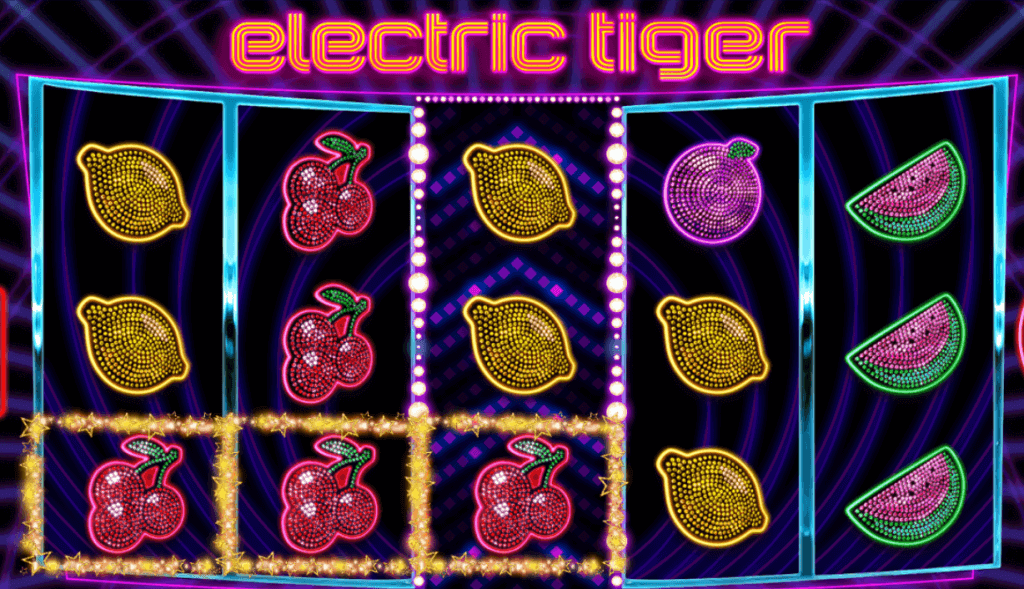 Gateway Bonus. This is a very basic bonus that is triggered by a Star symbol appearing anywhere on reel 3 at any time. It doesn’t do anything itself, rather it will randomly select an award for you in the form of either the Wheel Shot Bonus or the Wheel Bonus.

Wheel Shot Bonus. The way this works is that you will be offered a single spin of the wheel on wheel 1. You will either land on a left arrow, where you will be awarded a value as shown and the bonus ends, or land on a right arrow which will bump you up to the next wheel, wheel 2. This works in exactly the same way, with a right arrow moving you up a wheel to wheel 3, and a left arrow awarding you a cash prize as well as a spin on wheel 1. This will continue until you either land on a left arrow on wheel 1, or a right arrow on wheel 4 which will offer you a spin of the Bonus Wheel, the highest value wheel, after which you will be returned to wheel 4. You can theoretically use the bump feature up to 500 times, and if the number of bumps exceeds the maximum play limit the Bonus Wheel is disabled.

Wheel Bonus. This gives you a single spin of the Bonus Wheel, the highest value wheel. 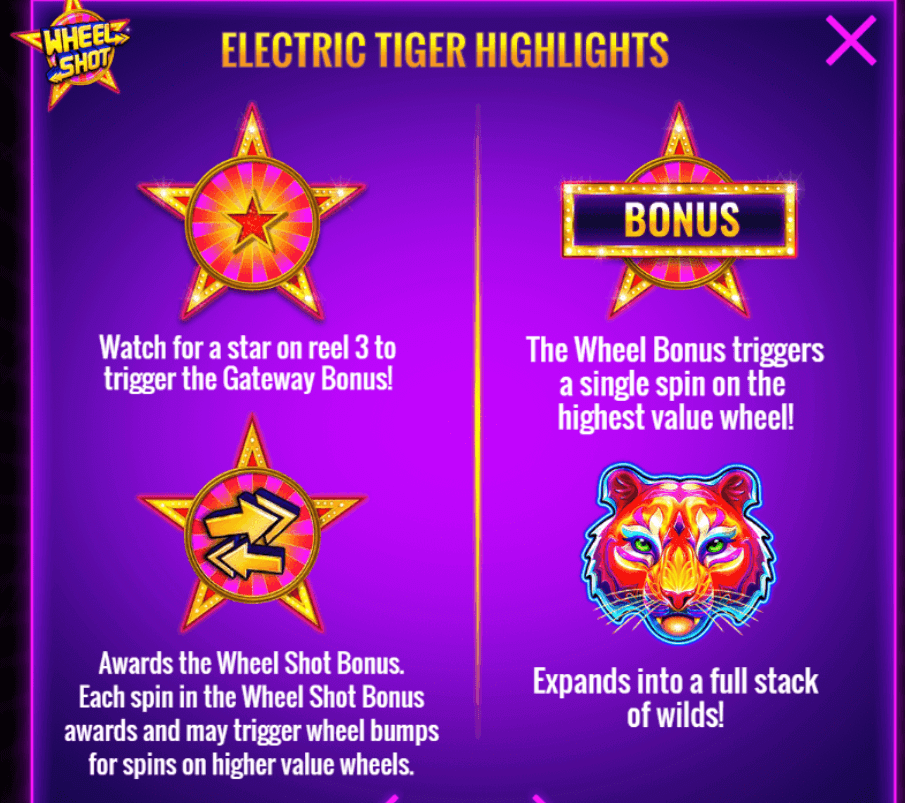 I think Electric Tiger slot is a brilliant game from IGT with a really unique bonus that has the potential to give you some serious money. It’s actually quite simple in that you just move up or down wheels, earning money as you do so with the value increasing the higher up you are. But the fact that it can theoretically continue up to 500x is pretty crazy and would leave you with a very nice reward. That being said, you shouldn’t expect that to happen very often, in fact, that will almost certainly never happen, but you could find yourself bumping up and down the wheels quite a few times nonetheless. When it comes to the actual design, I like the retro theme and the simple layout but it’s nothing exceptional. It’s clear that the real attraction to Electric Tiger slot is the Wheel Shot Bonus, but it can certainly be worth it and I would suggest checking this game out.