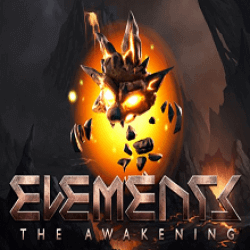 Elements The Awakening slot comes to you courtesy of Netent, one of the biggest and most well-known software developers in the UK. They’ve brought us many great slots such as the new Jumanji slot, and tend to produce some original themes with great designs. Well, I’m pleased to say that this slot is no exception. This time, you’re out in space on a new planet with the backdrop showing you various settings such as mountains and erupting volcanoes. What’s most noticeable though is the lack of any background for the reels with only the symbols visible. It’s perhaps not the simplest display we’ve seen, but it’s certainly striking and sets it apart from many competitors.

But how good are the graphics? Well, I’m pleased to say they’re exceptional. There’s plenty of detail and when there is colour it really pops. Overall though it is a fairly dark theme so might not be to everyone’s taste. The sound is also great and not annoying which is nice to see. Moving on to the gameplay then, this is a typical 5×3 setup with 20 pay lines. The goal here is pretty straight-forward; you need to get a winning combination using the base symbols from left to right in order to win cash or a bonus which could leads to even greater rewards. These base symbols are listed as follows, ranked in ascending order based on their value:

There’s also a Wild symbol in the game which can only appear on reels 2, 3, 4 and 5 and substitutes for all other symbols in a winning combination. 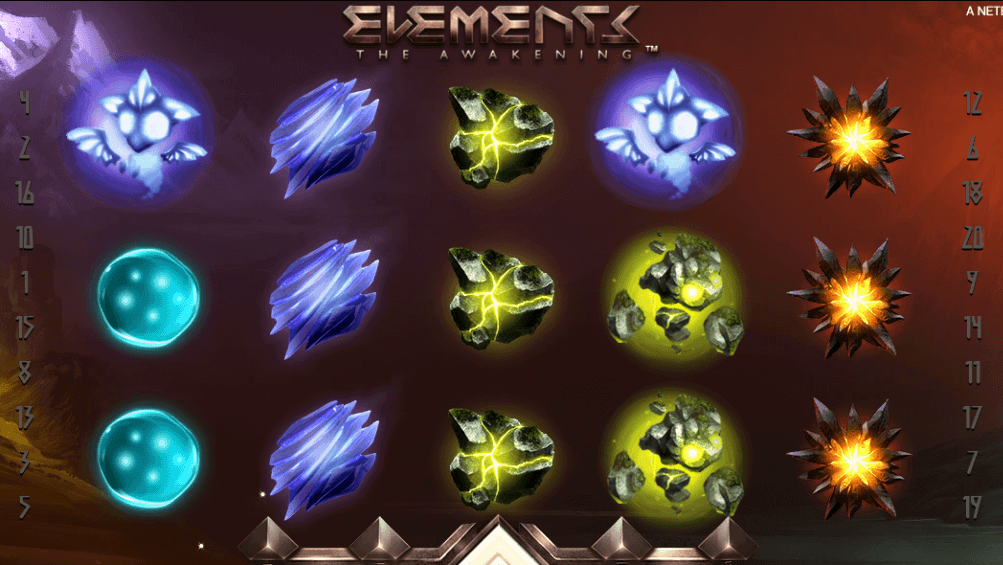 Avalanche Meter. The meter in the base game increases by 1 for every successive fall that has at least 1 bet line up to a maximum of 4 avalanches. The colours shown on the meter match the colour of the leading element in the current round. 4 or more Avalanches in a game round appearing anywhere on the columns in the main game will start one of the Free Fall modes, basically free spins. Each one awards 10 Free Falls, and at the end, the total win from Free Falls is added to any wins from the round that activated it.

Energy Meter. There is also an Energy meter in the base game which displays the leading elements. It’s divided into 4 different sections for each element which fills up after a winning bet line. Every new round starts with an empty Energy Meter. The section of the meter with the most energy indicates which Free Falls mode is entered if activated.

Overall, Elements The Awakening slot is certainly an interesting offering. I always appreciate it when a developer goes with something different and tries to stand out from the crowd and Netent have certainly done that here. That being said, it’s important to do so in a way that still keeps the overall gameplay enjoyable and of course rewarding but in this instance, I think they might have gone a bit too far. While the features themselves aren’t bad, the game is fairly complicated and takes a bit of getting used to just because it’s so different. I also feel as though the display, while certainly cool, isn’t very easy on the eye as there’s a lot going on and it’s not very clear. So really then, Elements The Awakening slot definitely provides something that I think some will appreciate but it won’t be to everyone’s taste.