Epic Joker slot from Relax Gaming is a new game with a simple 3×3 layout that sets it apart from many of its competitors. What this does is change the dynamic of the game and how it plays. With just 3 reels, the features tend to be different and seldom include a Scatter symbol, as we can see here. Instead, the focus is more on the base symbols themselves and the Wild, which in this instance is of high value and used to trigger the only other features in the game for some extra wins.

I’ll explain how the features work shortly, but for now you just need to know that to play the game you must spin the reels and try to get a winning combination on one of the 5 paylines (yes, just 5) using the following base symbols which I’ve listed in ascending order based on their value: 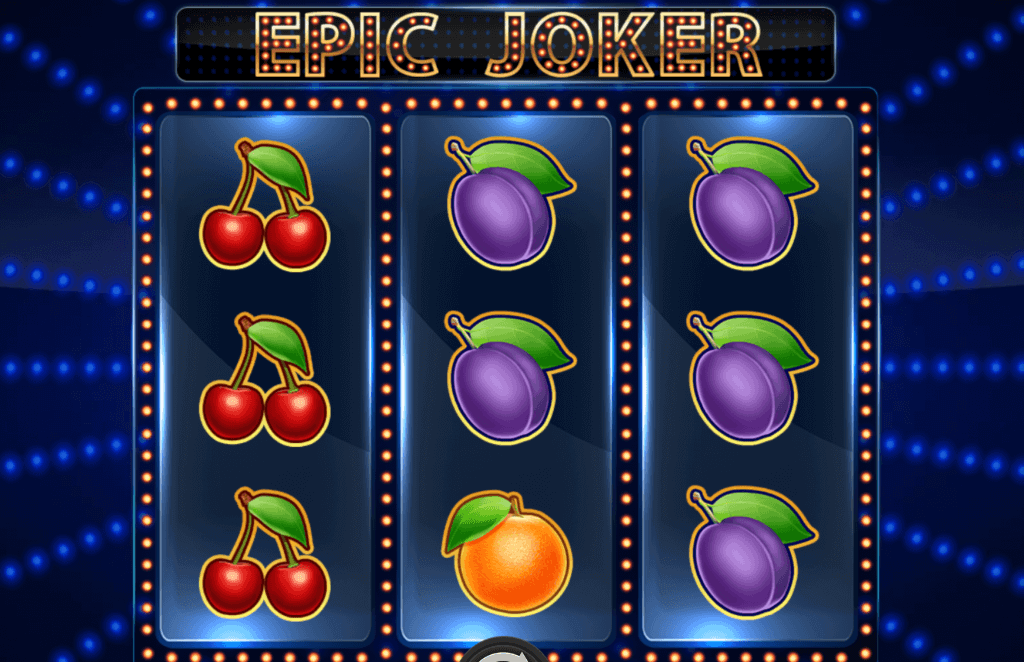 The Wild symbol in this game is by the far the most interesting feature as it serves many uses and takes part in different features as I’ll explain shortly. It’s shown as the Epic Joker himself, and he will substitute for all other symbols in a winning combination. As well as this, it’s also the most valuable symbol in the game. Not just by a bit though like we usually see, instead it’s worth more than 10x the value of the next highest paying symbol, the Gold Star. This is really interesting and it’s with this symbol that you’re going to make the big money.

Joker Respin Feature. As I mentioned, the Wild/Joker symbol has many different roles. Another one of these is that if you land either 1 or 2 full stacks of the symbol on any of the 3 reels you’ll be awarded a Joker Respin. This is pretty simple, and the Joker symbols will stay in their position while the other reel or reels respin. If you only have 1 reel fully stacked and manage to land another reel fully stacked, then the feature will trigger again and you’ll be given another respin. If all 3 reels are fully stacked with Wild symbols, the feature does not trigger.

Super Mode. This is the only feature in the game, and this one is triggered by all of the symbols on the reels being the same. In other words, this is what happens if you do manage to land 3 stacked reels of either the Wild symbol, or any other symbol. If it happens, you’ll be given 5 free spins on top of the payout for all the symbols (so hopefully they’ll be of high value). It’s possible to retrigger this bonus by landing either all of the same or different symbols on the reels again, and another 5 free spins will be awarded. It’s technically possible for this to go on infinitely, but in reality, it won’t go on for very long I’m afraid. 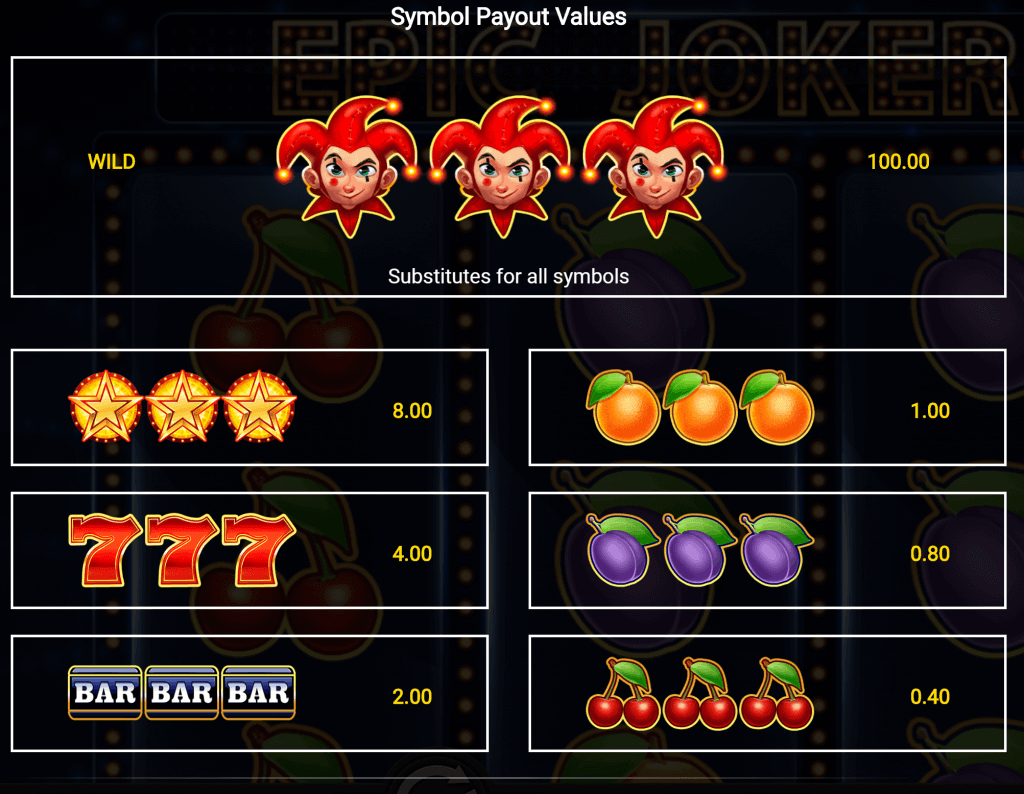 Epic Joker slot from Relax Gaming is very simple really. There are just 3 reels with a total of 9 positions, and a clear focus on the Wild symbol itself. This is the only way to make good money in all honesty. It’s a high-value symbol, especially when compared to the others available, and it’s used to trigger the Joker Respin Feature which could result in some very big wins, and maybe even trigger the Super Mode which will offer you some free spins as well and hopefully more wins. I like slots like these, and it’s similar in many ways to the recently reviewed Vegas Diamonds slot that I also liked. I think they could have improved the value of the other symbols as well, and possible included something like a multiplier with the free spins to make it a bit more interesting, but overall it’s a solid slot that’s simple but effective and worth trying out, especially if you like the 3×3 design.