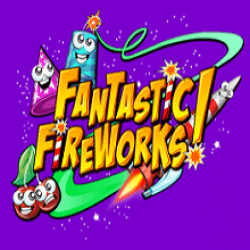 Fantastic Fireworks slot from IGT, the same developer to bring you slots such as Wishwood slot, is definitely a unique game that looks simple on the surface but has a lot going on. This is mainly due to the large number of symbols which all have different functions and can trigger different bonuses such as the free spins bonus or exploding symbols features. It takes a little while to get used to, but once you understand most of what’s going on it can be a lot of fun and a great choice for those looking for a different style of slot.

To play the game as always you must spin the reels to get a winning combination using the base symbols. The base symbols in this game are a little more unusual when compared to your typical slot though. There are 7 different symbols in this game, with each having 4 different types of expressions if you will. A combination of 3 or more of these will give you an award, and each symbol has the same value. There’s also a Wild symbol in the form of a yellow smiley face which substitutes for all symbols in a winning combination apart from the Bonus symbol. 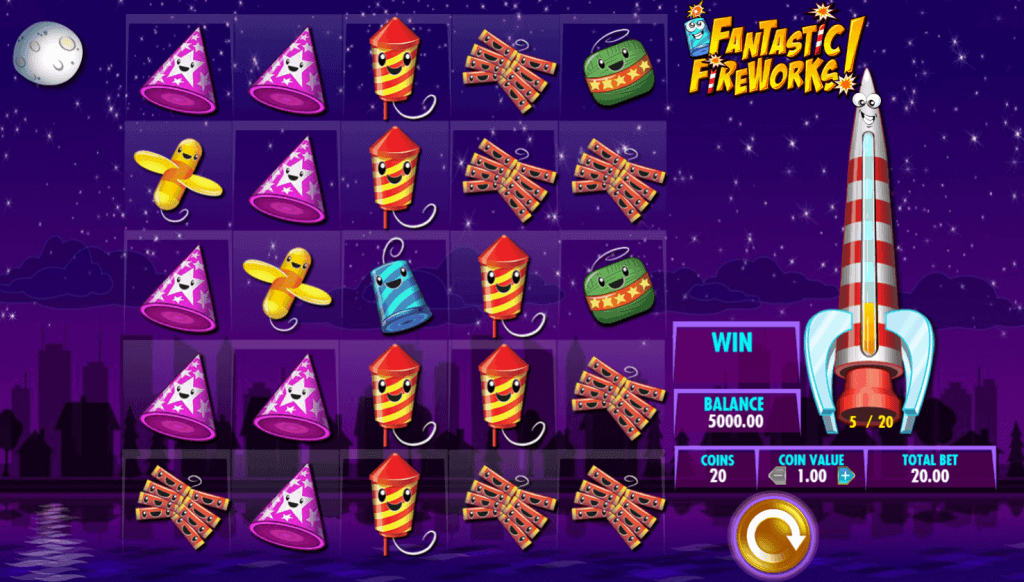 Special Symbols. Some symbols in the game have unique properties as follows:

If they are formed in the same position than they become stacked and will explode, also exploding when they form part of a win or when they experience the same effects as another special symbol. The Boom symbols, on explosion, will cause all adjacent symbols to explode as well. The CrissCross symbols will make all symbols in their row and column explode also (think Bomberman). The Special symbols will cause the most popular symbol type currently on the screen to explode. Any special symbol left on the reels will stay in place until the next spin when they explode. It’s possible that at the start of the next spin these symbols will replicate into multiple symbols of the same type. Everytime an explosion occurs, a win will be awarded depending on how many explosions there were during the spin. To see details of these, please see the rules of the game. 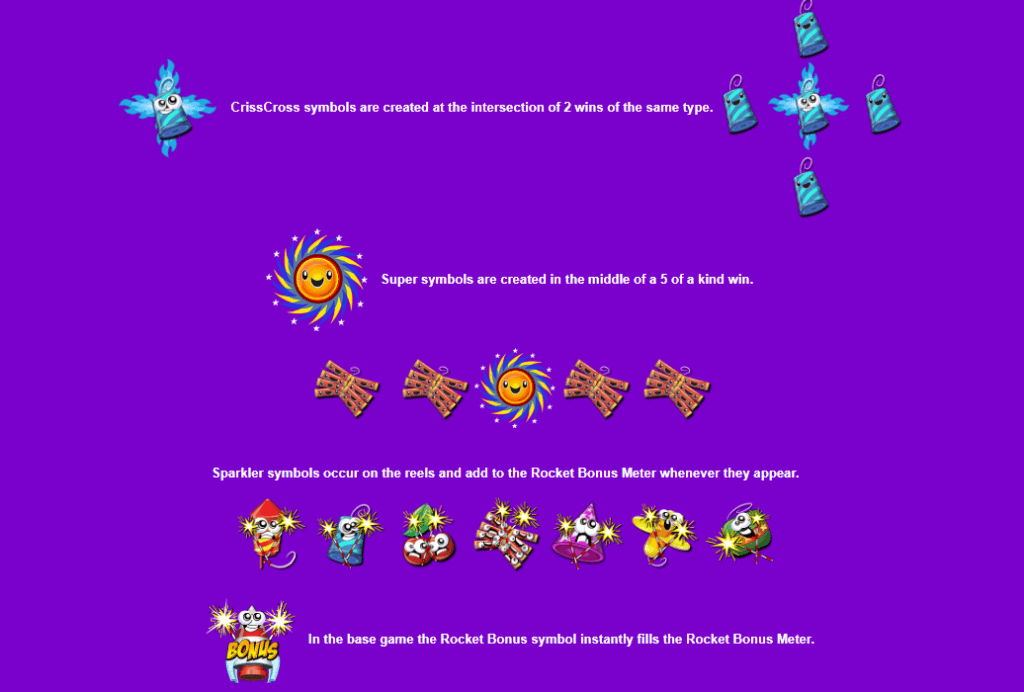 Fantastic Fireworks slot is certainly a one of a kind game from IGT that has some very interesting features and unique gameplay. The real question is, have they gone a bit too far? When you first look at this slot, you’ll probably think everything’s kind of basic but the way all the features work is actually pretty complicated and takes a lot of getting used to. There are a lot of different symbols and they can do all sorts of crazy things, which is certainly fun but a lot of the time you won’t actually know what’s going on or why something has happened. At the end of the day, your job is just to spin the reels so I suppose that doesn’t really matter, but some people might not appreciate it. I think it’s great to see something different, and the rewards can be decent too, so give it a go and see what you think.