Fat Drac slot from Push Gaming is an entertaining game with a Dracula theme that’s far from scary. Fat Drac loves to drink blood, and by helping him consume more of it you can improve your wins in the free spins bonus. More on that later though, for now let’s talk basics. You have a 5×5 grid but no cluster pays, instead there are 40 pay lines to work with. Simply get a winning combination from left to right using the base symbols that are as follows, ranked in ascending order based on their value:

You also have a wild symbol that substitutes for all other symbols in a winning combination apart from Fat Drac and the Goblet. It also pays significantly more than any other symbol on its own. 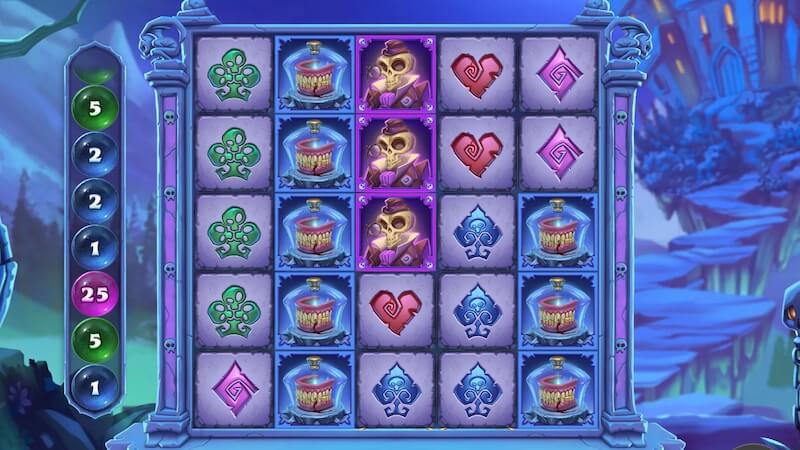 Fat Drac. When this symbol lands, it can reveal a paying symbol, as above, or a bat symbol. These will then fly up to the bubbles and pop one, giving you an instant reward.

Fat Bat Feature. When triggered, a fat bat will fly up to the bubbles and pop them all, collecting all the prizes instead of just one.

Pick Me Feature. If you land a coffin symbol anywhere, this feature is triggered. You then get a choice of 4 tiles to pick from. These can give you up to 5 bats to collect instant prizes, or a goblet symbol if Fat Drac is already on the grid.

Free Spins Bonus. To trigger this you need a Fat Drac symbol as well as 1 or more goblet symbols. You will receive 5 free spins, and Fat Drac will stay on the reels for the entire bonus. When goblet symbols land, he will move to the goblets and collect them, adding them to the meter. If you manage to fill this up, Fat Drac will increase in size and more spins will also be given. 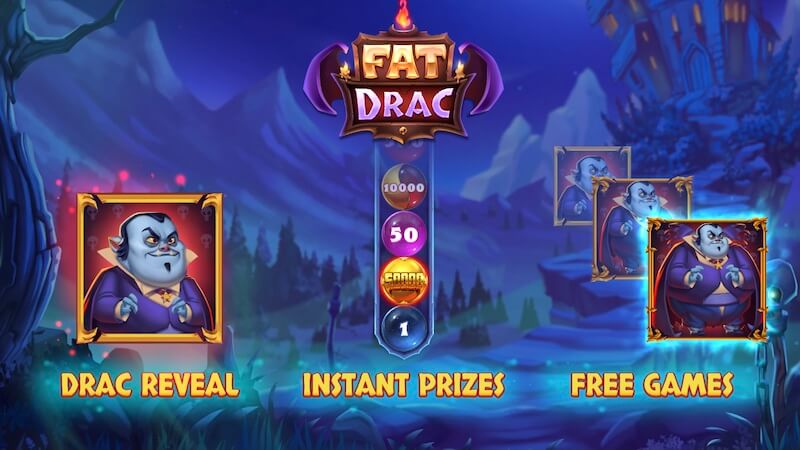 Fat Drac slot from Push Gaming is a fun slot with plenty of features and a whopping 50,000x win potential that’s sure to entice the big players. In the base game you can still win some decent amounts thanks to instant prizes from popping bubbles, and in the bonus game you get to help make Drac even fatting, taking up more positions as he drinks goblets. Overall, it’s a very creative slot with nice features and great win potential, but it is very volatile so bare that in mind. There are other Push Gaming slots you can check out here too. 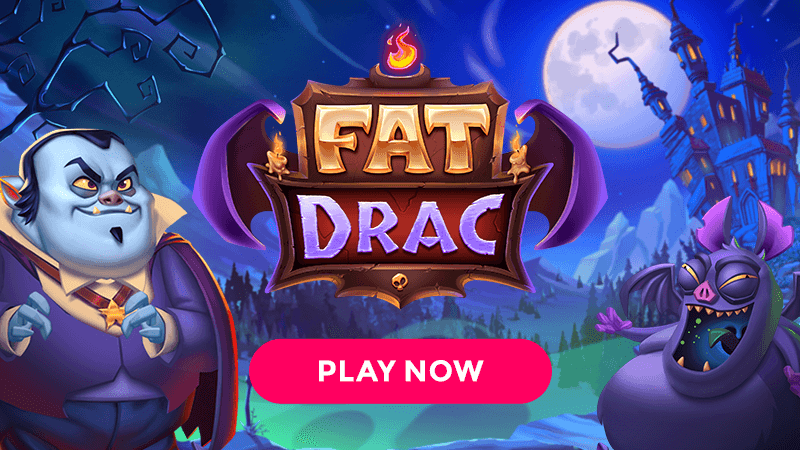