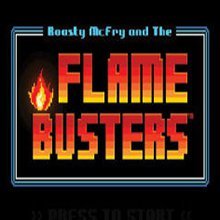 The Flame Busters slot machine has 243 ways to win, and the minimum bet is £0.10 while the maximum is £200. There are five Coin symbols in the game, and five characters: Fireman, Wizard, Criminal, Robot and Goat. All ten symbols pay well, and the difference between the lowest- and highest-paying symbol isn’t significant, it’s 5 to 1. The game pays reasonably well during the base game. There is an Alarm Bell Scatter symbol, and a Wild symbol that substitutes for all symbols except for Scatter. 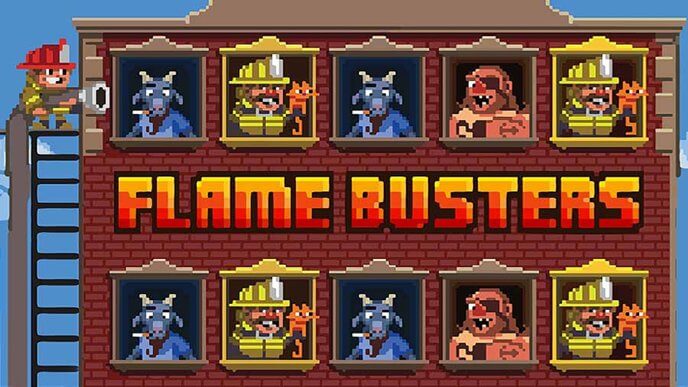 The bonus game on the Flame Busters slot machine consists of free spins, and it’s a progressive game as the player advances through the stories of the building by collecting Scatter symbols. They’re collected one by one, and once you collect a total of three, a new story is unlocked and you get +2 free spins. There are five such levels in the bonus game, and it’s indeed one of the most interesting bonus games among all slots. Progress through the levels will be all but guaranteed if you land five Scatters as then you’ll get 20 free spins, as opposed to 15 for four Scatters and 10 for three Scatters.
During the base game, the Fire Drill feature will trigger often. It will transform a low-paying symbol into Fire, and the three Firemen on the sides of the reels will use their hoses to put the fire out. When they do, new symbols will emerge, similar in a way to the popular Luck O the Irish slot. This doesn’t add much to the wins but adds to the atmosphere of the game, and it’s fun.

Theoretical return to player (RTP) of the Flame Busters slot machine is 96.2% and that’s plenty, it means this isn’t just an innovative slot game but also one that pays well. This is a low to medium variance slot, it pays rather well, and most of the wins will come from the bonus game although the base game won’t leave you stranded either. This is a quality slot machine in every aspect, and players who can handle the pixelated graphics should definitely play this one.