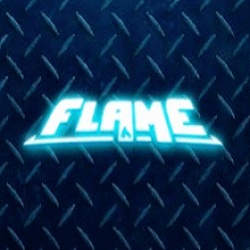 Flame slot is a new game from NextGen Gaming which offers some pretty interesting features and design elements. In fact, let’s start with how this game looks because it’s pretty striking. Most slots have a backdrop and the reels are then laid out in the foreground with usually a solid colour behind them so that they stand out clearly. Flame slot, however, has a simple, metallic background with the reels place on top just like we saw with Elements The Awakening slot. It’s an interesting design that certainly helps it look different but won’t be to everyone’s taste. Additionally, there’s a blue flame rising from the bottom of the screen that actually partially covers some of the symbols. It’s a strange theme and unlike any we’ve seen before, but overall it’s pretty cool.

The graphics help to bring everything to life as well, and while there isn’t a huge amount of details here it isn’t really needed and overall everything looks crisp and colourful. The gameplay here is pretty interesting too mainly because of the abundance of features which is always great to see but I’ll come on to those shortly. To play the slot you need to spin the reels and try and get a winning combination using the base symbols which are listed here, ranked in ascending order: 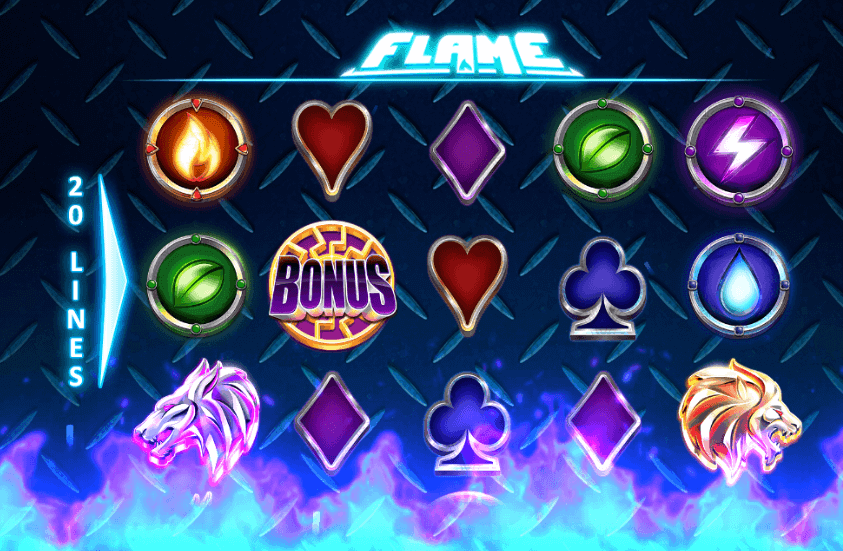 Free Games Bonus. This is triggered by 3 Bonus or Bonus Wild symbols and awards 15 free games with the ability to be retriggered. Nothing fancy here.

Cross Flare. This can be triggered randomly at the end of any reel spin and will pay left to right starting from the leftmost reel, then right to left from the rightmost reel on all pay lines. 5 of a kind wins will pay in both directions so you could make some decent money here.

Flare Up. This mini-feature can be triggered on any winning spins and will multiply all wins for the current game by 2x, 3x, 5x, 7x or 10x.

Live Embers. This can also be triggered on any random spin, with all Club, Spade, Diamond or Heart symbols on reel 2 and/or 3 and/or 4 becoming Wild.

Spontaneous Combustion. A mini-feature which can be triggered randomly on any spin, changing the Fire, Lightning, Water and Leaf symbols on the screen into Lion, Wolf or Eagle symbols but will change into the same symbol.

Wild Inferno. This can only be triggered on a reel spin where the Wild symbol appears. All wins for the current spin are paid, and a re-spin is awarded for every Wild symbol on the screen. The reels that have a Wild symbol on them become Wild for the re-spins. If additional Wilds appear, additional re-spins are awarded and those reels turn Wild also.

Firestorm. This feature can be triggered randomly at the start or any reel spins, with all Wild and Bonus symbols on reels 2, 3 and 4 combining into Wild Bonus symbols for the current spin. 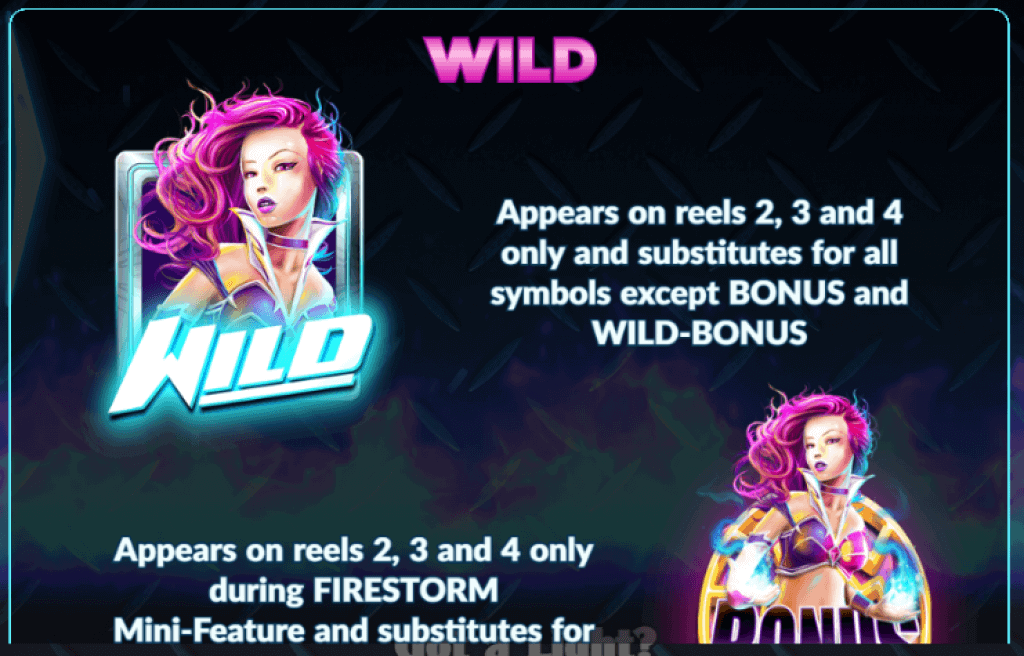 Flame slot from NextGen Gaming is a very interesting concept that has a lot to like about it but just doesn’t feel quite right. I love all the features present in the game. Sure, the scatter bonus is pretty basic but there’s a bunch of mini-features that can activate randomly and do so fairly often which really liven the game up and can actually be very rewarding. In regards to the gameplay, Flame slot is excellent but I’m just not a fan of the theme which seems to try and appeal to smokers which is certainly very strange. I’m sure it will appeal to some, but many will probably find it off-putting which is a shame.