Gems Bonanza slot from Pragmatic Play has a bunch of features including extra wilds, giant symbols and more. With a great progressive feature too, there’s a lot to like here but is it right for you? Let’s take a closer look.

You have 8 reels and 8 rows here with the goal being to get a winning combination from left to right using the base symbols. These are as follows, ranked in ascending order based on their value:

There’s a wild symbol too, substituting for all other symbols in a winning combination ad only appearing during the wild gem and lucky wild features. 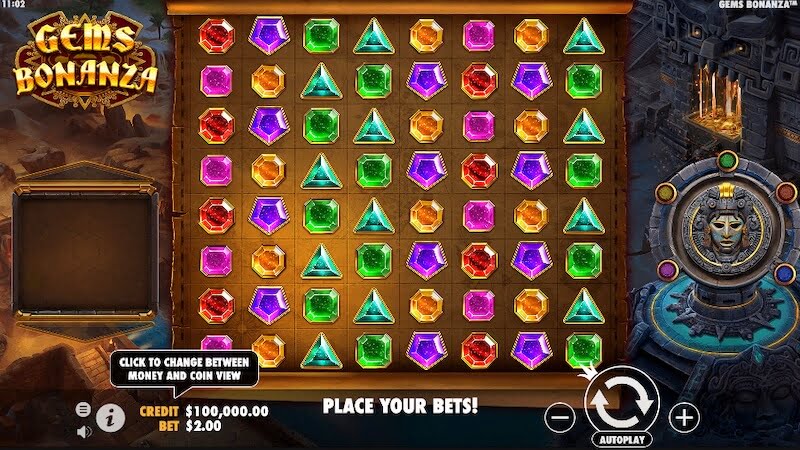 Tumble Feature. This game has tumbles, meaning that all winning symbols from a win will disappear to allow new ones to fall in from above, during the same spin. If this creates another win, the same happens until there are no more wins.

Spin Features. Behind every symbol in the base game, markings can appear which will trigger a certain feature:

Gold Fever Progressive Feature. The number of symbols destroyed as part of a tumble is counted and added to the gold fever meter. Once you get enough, this feature is triggered. You start at level 1, and each level guaranteed a spin modifier with all wins starting at 2x as well. Collect enough winning symbols through tumbles again and you can move on to the next level. Level 2 gives you a 4x multiplier, level 3 a 6x multiplier, level 4 an 8x and level 5 a 10x multiplier. If you don’t collect enough symbols to move on after all spin modifiers have been played, the feature ends. 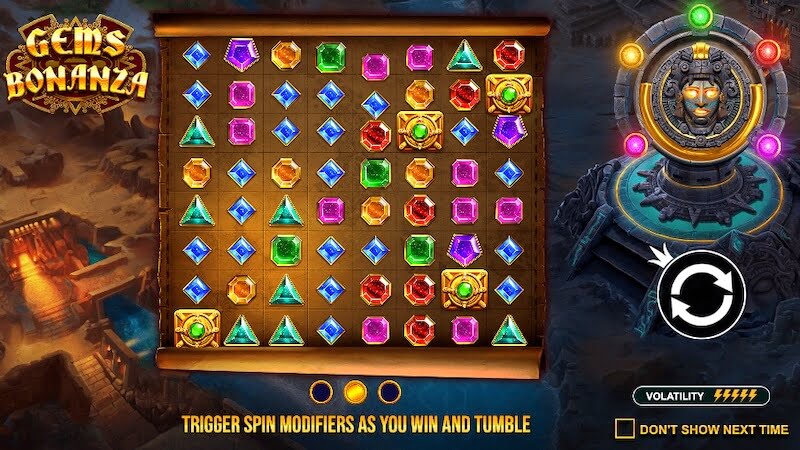 Gems Bonanza slot from Pragmatic Play is a volatile game offering up to 10,000x stake payouts. The big wins will come from the progressive feature which I really like as it’s very involved and can last a long time. The base game is good too, offering lots of spin modifiers to keep things interesting and rewarding. With a good RTP of 96.51%, a nice design and lots of features, I think this slot is a great choice for people looking to make some big money and have fun while doing it. You can also check out other Pragmatic Play slots here too. 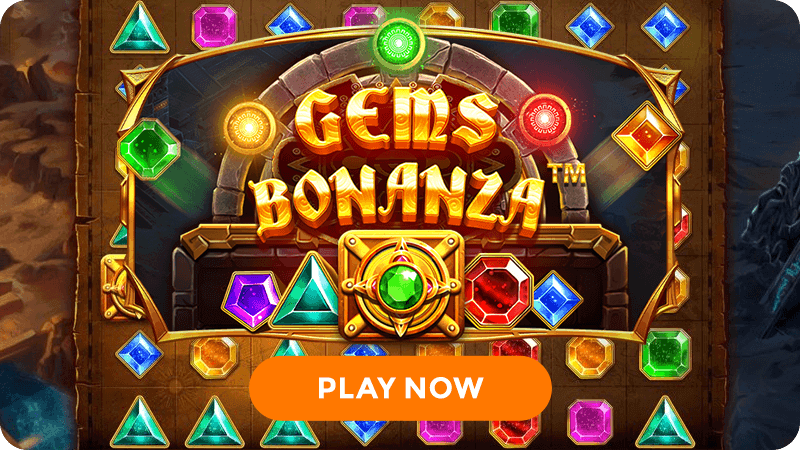 A Fun Slot With A Great Progressive Feature