Golden Gorgon slot is a new, Greek mythology slot from Yggdrasil, whose name is based on the tree from Nordic mythology. The theme isn’t too important though, especially as the design does very little to show anything off. It’s a shame really as Yggdrasil have created some visually stunning slots in the past and it just feels as though they’ve made little effort with how this one looks. The feature set isn’t exactly overwhelming either, but more on that and how the game works shortly. You’ll see here you have 5 reels and 3 rows. This gives you 25 pay lines in total. All you need is a winning combination from left to right using the base symbols. These are as follows, ranked in ascending order based on their value: 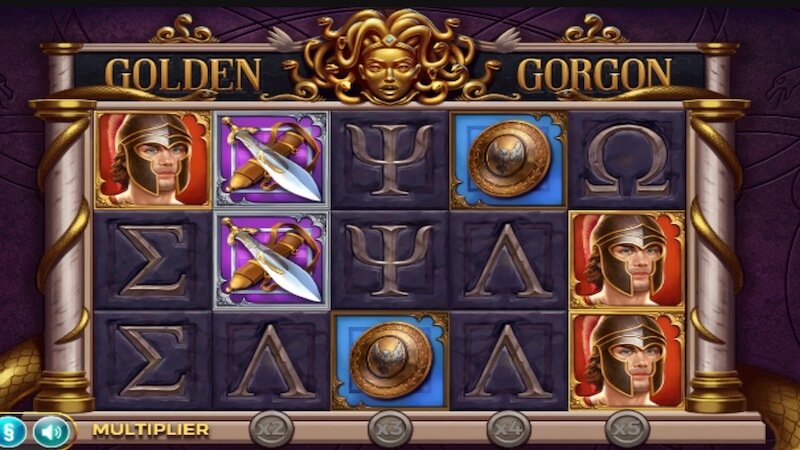 Golden Gaze. The gorgon will hold winning symbols in place and give you a respin so long as you land more winning symbols, adding to the win. This continues until no more symbols can land or no more wins occur.

Multipliers. If you manage to fill columns with winning symbols from left to right, you’ll be awarded with a multiplier. The multiplier is equal to the number of columns filled, so filling the first 2 columns will give you a 2x multiplier, for example. 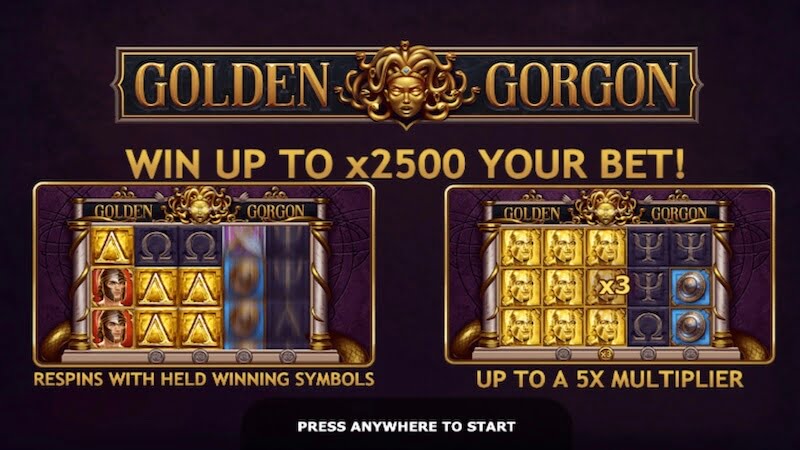 Golden Gorgon slot from Yggdrasil is a very basic game with a couple of simple features and that’s about it. These features involve sticky winning symbols, a feature I’m not a huge fan of usually, and multipliers which increase as you fill columns. Combined, this is actually a pretty decent feature and it’s a real shame they didn’t try and do more here. A free spins bonus would be nice, perhaps a higher win potential and definitely a better design. This isn’t the standard we would normally expect from Yggdrasil who have made some hugely impressive games in the past, so I hope to see them return to some bigger games soon. To see other Yggdrasil slots, you can find more of our reviews here. 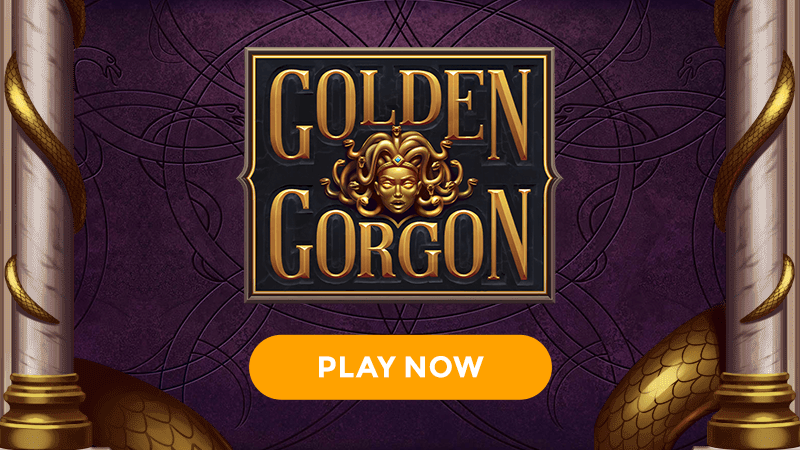 Some Interesting Features But It's Too Simple