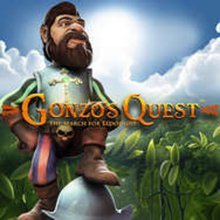 Play the Gonzo’s Quest slot machine online and win up to £93,000 in a single game when played at the maximum stake. The Gonzo’s Quest slot machine is a well-produced, highly entertaining game from Net Entertainment.
Gonzo himself is themed on the famous figure from the past; Gonzalo Pizarro. He will lead you through the jungle to find the lost city of Eldorado. The slot machine version of Eldorado is a twenty winline grid of five reels. Rather than rotate, each reel uses an avalanche feature whereby winning lines are removed and filled in with the symbols above which may result in a continuous stream of wins from the same credit.
As with the majority of Net Entertainment slot machines, Gonzo’s Quest uses stunning graphics and high quality sounds to deliver a smooth, enjoyable game. Each reel symbol carries the ancient Mayan theme, with masks and birds all drawn in the classic empires design, and the high paying percentage ensures a fair game with the chance of high returns. 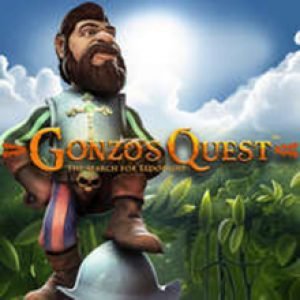 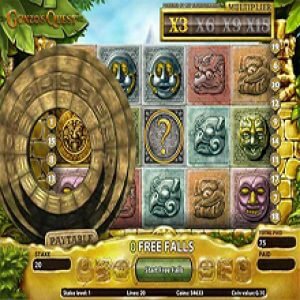 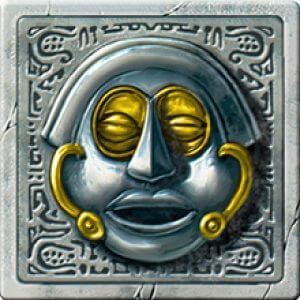 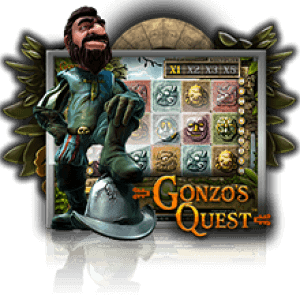 You may have seen Gonzo’s Quest on the betting terminals, this version is limited to a £500 jackpot and offers a considerably lower return than the online casino version. Stakes online range from 20p, up to £50 per spin or the equivalent in your local currency.
Once you have chosen your stake, click start to begin a game round. As the Gonzo’s Quest slot machine doesn’t use standard rotating reels, the way the symbols fall is slightly different, with each of the five columns filling up with multiple symbols. Once they have come to a rest, all winning lines will be highlighted. Should one or more wins occur, these will be removed, with the empty space created filled with the symbols from above. At the top right of the game is a multiplier, this will increase with each winning avalanche that occurs. There is no maximum limit to the amount of wins you may receive in a row, however the multiplier will reach a maximum of 5X then stick at that amount until all winning avalanches have stopped. It is possible to win large amounts of money in the base game with ever entering a bonus feature.

The bonus Free Fall feature is awarded when three or more bonus symbols fall into view from left to right, along a winning line. Ten Free Falls will be awarded if they run along a single winline, or twenty will be awarded if they fall on to two winlines. When the feature is triggered, a fun little animation will change the reels to enter the bonus game. Free Falls are basically free spins and play similar to the base game, however the win multiplier has increased considerably and can climb all the way up to a 15X multiplier, the chance of hitting any win also increases. The wins multiple in quick succession, starting at 3X, then increasing to 6X, 9X and 15X. As you can gather, a series of wins can result in some very large pays and may happen multiple times during your free games. In addition to this, the Free Fall feature may be re-triggered in the same way in which it was originally won.

The Gonzo’s Quest slot machine is a very high paying slot and uses enjoyable animations making for a fun slot game. The chances of progressing along the win multiplier increase considerably during the Free Fall feature, however the base game can still pay very large amounts if multiple wins fall in succession.