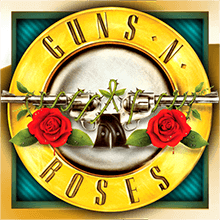 The Guns and Roses slot machine features a play list, with a choice of five different Guns and Roses tracks which may be played during your game, as well as a host of stake options and a multitude of bonus games and random, reel based features.
Once the Guns and Roses slot machine loads up on your computing device, a range of options are displayed to help you get the most from your game. Choose your stake, adjust the sounds and select start or auto-start to begin the game, then let the reels roll in. 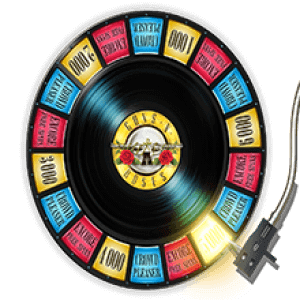 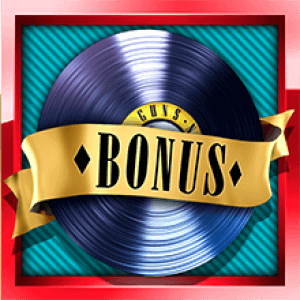 The Guns and Roses themed reels spin into view to create winning combinations or award bonus feature games. Wild symbols expand to fill the reel and help create large winning combinations, especially if two or more are in view at the same time, similar in a way to the Rise of Anubis slot.
As well as the wild reel symbols, there are three random features in the main game. These can be triggered at any moment, on any stake and do not require any particular reel combinations for them to be activated.

The Guns and Roses slot machine is a fantastically well designed slot with great features, immersive gameplay and an amazing sound track. NetEnt have done an amazing job with this one, and it should be on everyone’s play list at least once.