Gunslinger Reloaded slot is a new game from Play N Go and a follow on from the original Gunslinger slot. As you can probably guess from the title, the theme revolves around gunslingers back in the days of the Wild West, with Sheriffs and Outlaws fighting it out to maintain control. Fortunately, Play N Go have decided to add a real element of gaming to their slot, including lots of fun animations and a sense of adventure while you hunt to wanted criminals for a bounty.

The slot as a whole looks pretty good; it’s not going to win any awards in this department but it’s definitely sufficient. The gameplay is what’s most important and I’m pleased to say the features are generally pretty solid and there’s even a progressive jackpot up for grabs. To play the game, all you need to do is spin the reels to try and get a winning combination from left to right using the base symbols. These are listed as follows, ranked in   order based on their value: 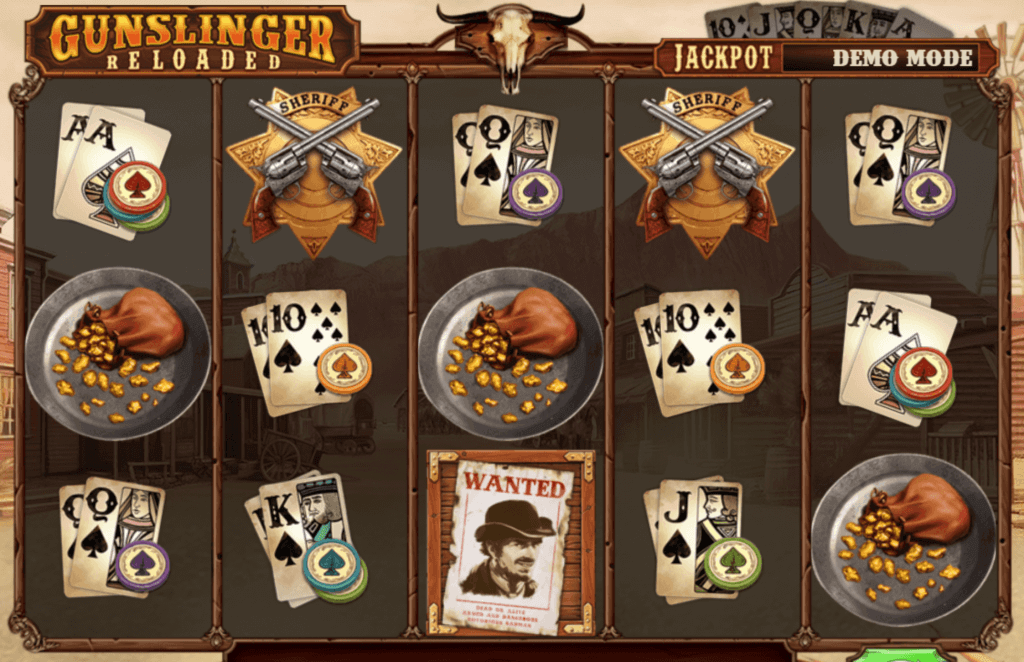 As you can see there is a wide range of symbols with different values. The Wild symbol is the most valuable symbols but only in a winning combination of 5. It also substitutes for any other symbol apart from the Scatter symbol, Bonus symbol and Free Spins symbol.

Collect and Jackpot. If you get a win with one of the cards, this feature will trigger and you’ll have a chance to win the Jackpot. This is done if all the cards have a Sherrif Star, and the chance to win it increases with your wager. Note that cards cannot be collected during the Bottle Spins Free Spin Feature.

Bounty Hunt. If 3 of the Wanted Poster symbols appear anywhere on reels 1, 2 and 4 at the same time this feature is triggered. Each outlaw on the poster has a multiplier associated with him, and the higher the reward multiplier means a bigger risk. Choose an outlaw and hunt him down for the win, shotting all kinds of things like bottles and dynamite before encountering your outlaw for a showdown. There are 3 outlaws to choose from:

Bottle Spins Free Spin Feature. This particular feature is triggered by 3 Bottle symbols appearing anywhere on the screen simultaneously. You’ll be given a number of free spins between 10 and 25, and during the bonus, all wins will be doubled. What’s more, you can also retrigger the bonus to win more free spins. 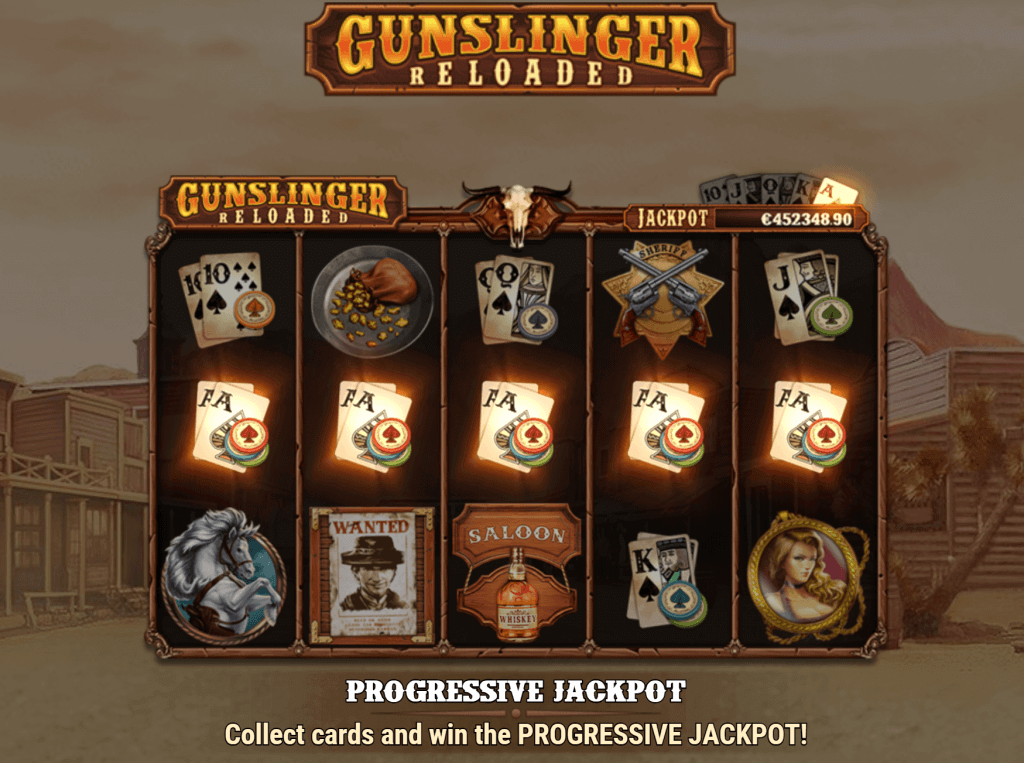 Gunslinger Reloaded slot from Play N Go is a sequel to the original Gunslinger slot, and I have to say I think it’s pretty good. I always enjoy a slot that tries to add an actual gaming element to it, after all these are games right? It’s a brilliant theme to do it with as well, shooting things and fighting outlaws. But most importantly you can actually win some good money either during the base game and features, or through the progressive jackpot. This slot definitely has a bit of something for everyone so I think most people will find it appealing and hopefully fun, so give it a go at Casumo now.