Hammer Gods slot comes from Red Tiger Gaming and as usual you get some great graphics with a cool theme, and some nice features which are fairly simple but work nicely. I’ll come onto those in more detail shortly though, for now let’s talk basics.

As I just mentioned, visually this slot is very impressive. The graphics are great along with the animations, although I would say the symbols could be a bit more attractive. That’s a minor point though. Speaking of symbols, these are placed on the 5×4 set of reels with 30 pay lines. You just need a winning combination from left to right using the base symbols. These are as follows, ranked in ascending order based on their value:

You have a wild symbol too, substituting for all other symbols in a winning combination as well as being more valuable than any other symbol in the game. 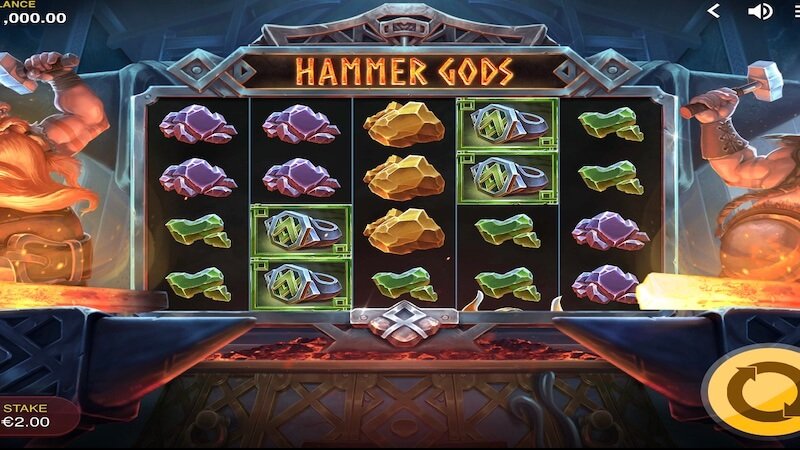 Special Features. On each side of the reels, you see the blacksmiths Brokkr and Sindri. Each of these brothers have their own feature. When you land the 1×2 Brokkr Hammer symbol, appearing only on reels 2, you get to tunnel low-value symbols on the screen into a single, high-value symbol. Sindri’s hammer has a similar effect, but instead turns a single high-value symbol into a wild symbol.

Free Spins Bonus. This is triggered when you land both hammer symbols on the same spin. Here you get 10 free spins, with each one triggering at least 1 of the brothers’ features. 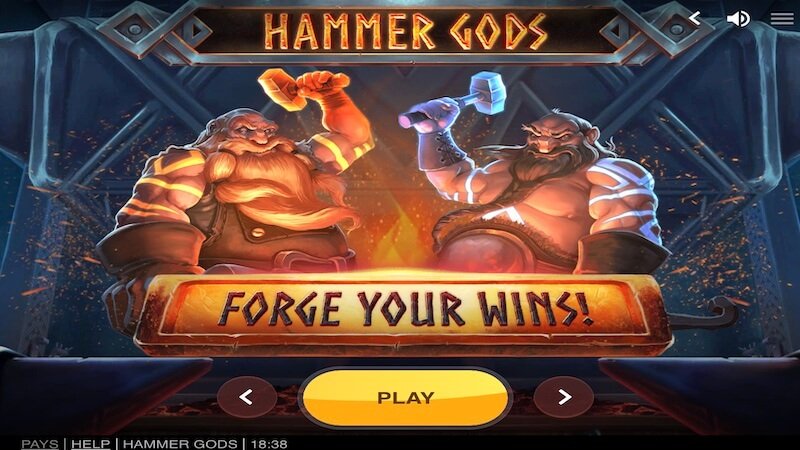 Hammer Gods slot from Red Tiger is well designed and has a few nice features, all focused on giving you higher value symbols or wilds. This works especially well during the free spins bonus where the features can combine together. It also looks great too with a pretty unique design and it hasn’t copied anything too much. The problem is though, the maximum win here is just 600x your stake. This is low even for Red Tiger, and means a lot of players will look elsewhere so they can potentially win some serious cash. It’s a real shame as there’s good potential here, but the payouts need to be much higher for it to be a real contender with so much competition. 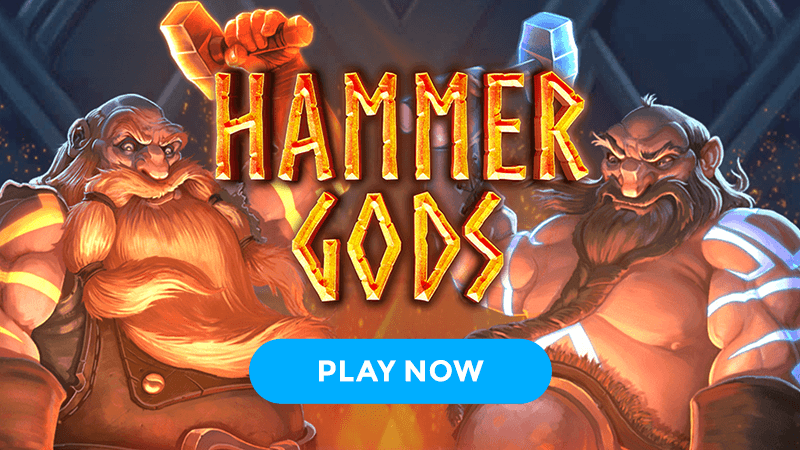 Good Potential But Payouts Are Far Too Low