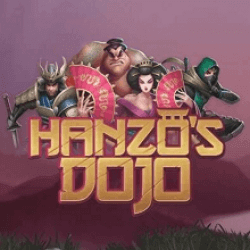 Hanzo’s Dojo slot is a new release from Yggdrasil Gaming, one of my favourite developers for their ability to provide exciting, rewarding and most importantly unique games. This time they’ve gone for a fighting-type game; not like their Vikings Go Bezerk slot, but a more traditional, martial arts based theme with a great design that stands out from some other Chinese designs that we so often see.

One of the first things you’ll notice is the unique layout. You still have a traditional 5×3 setup, but above the normal reels you have some positions above them and I’ll come onto their purpose shortly. The graphics here are pretty nice, I don’t think it stands out quite as much as some of their other slots but it’s still pretty decent and not something to really complain about. You also get a cool animation short upon starting the game which does look very impressive. Obviously though, the gameplay is what really matters here, and in order to play the game you must spin the reels to win a cash reward or bonus; these are outlined below. This is done by getting a winning combination from left to right using the base symbols which are listed as follows, ranked in ascending order based on their value:

There are other symbols in the game also which have different properties. The Regular Wild symbol, shown as a samurai, substitutes for all base symbols in a winning combination and appears in the regular 5×3 grid. 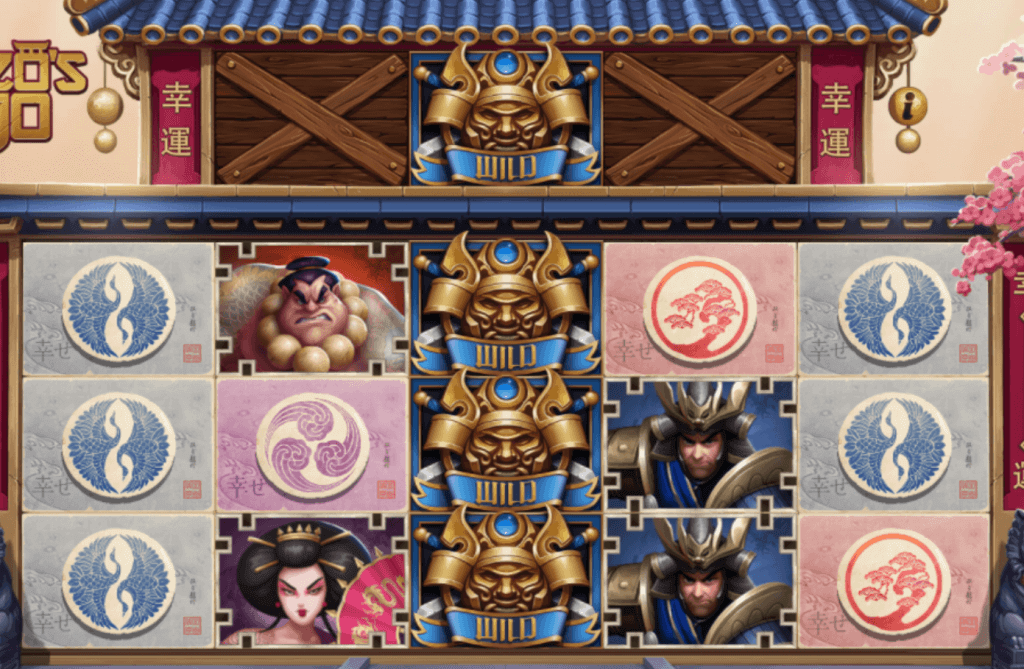 Rooftop. There are also Rooftop symbols, and these appear only in top 3 positions above the regular 5×3 grid. There’s the Expanding Wild symbol, appearing only during the base game, which causes all symbols beneath it to turn into Wilds. This symbol can also substitute for the Hanzo symbol that only appears in the rooftop positions and 3 of these will trigger 3 Hanzo Spins with a random locked 3×3 revealed symbol. You also have the Free Spins symbol which can appear in any position including the rooftop position which triggered the free spins feature with 3 extra boosters. Finally, there’s a Blank symbol which doesn’t do anything.

Free Spins Bonus. As mentioned earlier, 3 of these anywhere on the screen will trigger this bonus and each symbol gives you 3 spins, so you’ll have a minimum of 9. For every Rooftop Free Spins symbol that appears, you’ll be given 4 spins and 1 Booster. The Free Spins Bonus also turns the reels 2, 3 and 4 into a giant 3×3 symbol.

Free Spin Boosters. The Boosters are just little extras that you can be given for a Rooftop Free Spins symbol. This could be either 2 additional free spins, turning wins into both ways, a 3×3 symbol nudge, a 2x multiplier or turning all the positions on reel 5 into Wild symbols. The symbol nudge feature is not available during Hanzo spins. 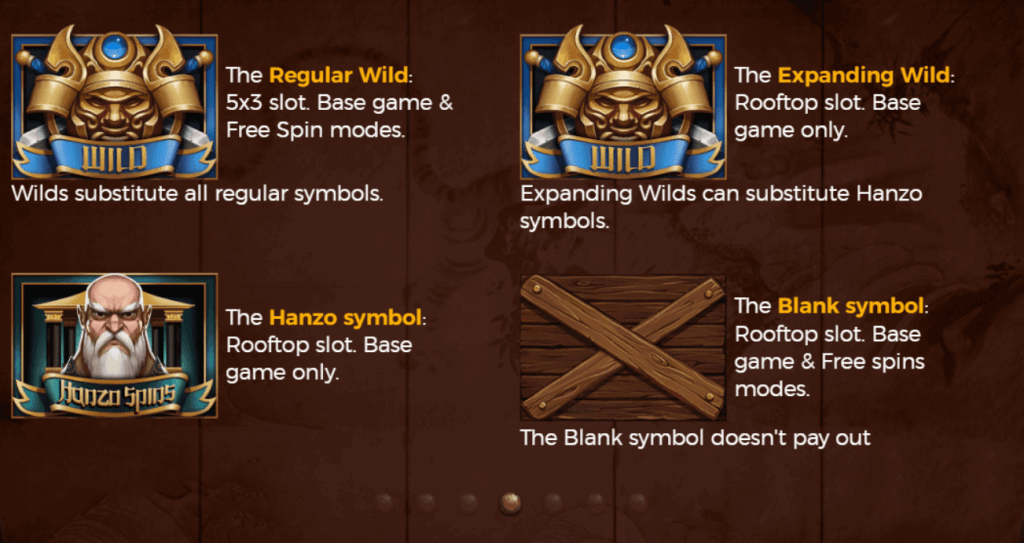 Hanzo’s Dojo is a very interesting game with some nice, unique features that we’ve come to expect from Yggdrasil Gaming. The Rooftop features are a nice addition and are a great way to introduce some of the bonuses of the game, especially the Boosters which can be quite useful during the free spins. Hanzo spins are also great having the 3×3 symbol in the center of the reels, and expanding Wilds can obviously be useful although you rarely find more than 2 reels turning Wild so don’t expect anything huge to happen with this feature. All in all, I really this game although I think it would be nice to have some ways to win bigger rewards from a feature, but obviously, some will appreciate the fact that this game isn’t too high variance.